The current reform movement taking place with Psychedelics in North America has many of the same hallmarks that the cannabis industry had in its early days. Back in the day, many wondered if legal cannabis dispensaries would become a reality.

Fast forward a few years and many thousands of marijuana dispensaries later and the same questions are beginning to arise in the new psychedelics space regarding the possibility of legal retail “Shroomeries”. Over the past couple of years, substances like Psilocybin (Magic Mushrooms), Ayahuasca, Peyote, Ketamine, DMT, LSD and MDMA have shown tremendous medical promise in treating conditions such as anxiety, depression, addiction and PTSD.

In response to the many positive medical studies on the health benefits of various psychedelics, a new reform wave has begun to sweep across the United States. Recently, Washington D.C. and Vermont have both put forth legislation aimed at decriminalizing certain psychedelic substances within their state.

Many major U.S. cities such as Denver, Oakland and Santa Cruz have also approved similar decriminalization measures. Just days ago Denver made history by holding the first government psychedelics decriminalization panel where reform advocates were able to speak openly with elected officials and members of local law enforcement about the city’s psychedelics policy and the therapeutic potential of psilocybin mushrooms. Activists in the city of Oakland have even gone as far as to reveal a new plan to legalize the sale of psychedelics in 2020.

The Psychedelics Boom Has Begun

Like cannabis years ago, psychedelics are still considered illegal in North America and due to cannabis still be listed as a schedule one controlled substance in the United States, marijuana research in the U.S. has remained a challenge. On the other hand, the research work a handful of companies like MindMed and Field Trip Psychedelics are conducting on psychedelics is considered perfectly legal.

Field Trip is focused specifically on ketamine and psilocybin research and the company is building a chain of ketamine-enhanced psychotherapy clinics with its first set to open in Toronto next month followed by plans for New York and Los Angeles. MindMed is currently preparing a phase II FDA clinical trial on its ibogaine derived molecule 18-MC for opioid addiction as well as a phase II clinical trial focused on ADHD using LSD micro-dosing.

Along with the science being uncovered, this situation has created a brand new investment sector that’s captured the attention of investors around the world. MindMed is being backed by high profile investors Kevin O’Leary and Bruce Linton and recently stated it plans to go public in March 2019. Field Trip recently raised $8.5 million in a Series A financing round which included some very large Silicon Valley tech investors. Field Trip currently has no plans to go public but its executive chairman Ronan Levy isn’t ruling out the possibility of an IPO in the future.

“All options are on the table and we’ll ultimately make the decision that’s going to lead to the lowest cost of capital,” said Levy. 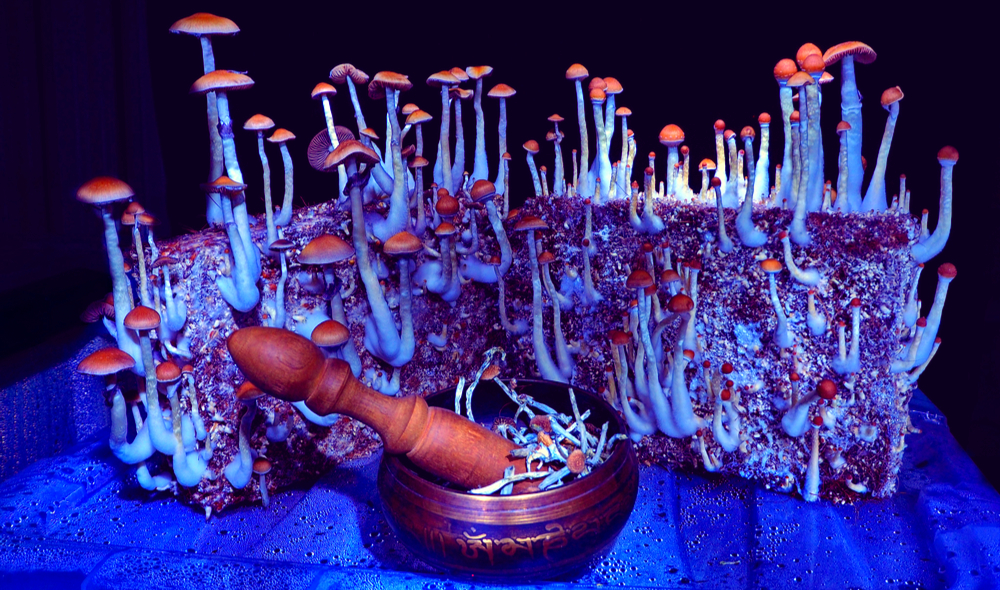 Psychedelic Shroomeries on the Horizon?

Recent positive developments in the psychedelics industry have left many wondering if we’ll see new dispensaries selling substances like psilocybin mushrooms in the future.

Kevin Matthews, the man responsible for the ballot measure that decriminalized psilocybin in Denver County last year gave his opinion on the possibility of magic mushroom dispensaries opening in America.

“I believe it will be a long time until we see psilocybin dispensaries. Anything is possible, but we have a tremendous amount of public education and data-collection to do before we can start having a serious dialogue about retail psilocybin,” stated Matthews.

In the United States, a synthetic version of psilocybin was recently granted “breakthrough therapy” status by the FDA which will provide it with an accelerated path to market as a prescription medication for use in combination with psychotherapy to treat depression. Compass Pathways and non-profit Usona Institute are behind the new synthetic psilocybin drug’s development.

Scientists from New York University and Johns Hopkins University are also in the process of researching psilocybin based drugs to treat anxiety, depression, addiction, mysticism and anorexia. Critics have been quick to argue that the pharmaceutical model will only increase the black market’s incentive to continue producing illicit mushrooms due to the need for a prescription, high price tag and exclusivity of the pharma products.

In California, a new standard for medicine was set that put cannabis on the legalization path after the state’s court ruled in favour of patients seeking care.

Noah Potter is an attorney at Hoban Law Group and the founder of the New Amsterdam Psychedelic Law blog. Potter admits that he believes this angle is currently a long shot for psilocybin.

Canada Could Take the Lead Again

With the likelihood of shroom dispensaries being a while away in the U.S., longtime cannabis activist Dana Larsen has made it clear that psilocybin mushrooms should be the next drug decriminalized in Canada. In Vancouver, Larsen launched a mail-order business called “The Mushroom Dispensary” which aims to help people treat medical conditions by providing them access to psilocybin mushrooms in microdoses.

Founded in 2019 by Larsen, The Mushroom Dispensary says it’s “dedicated to the benefits of microdoses of psilocybin mushrooms for therapeutic purposes.” The dispensary’s website describes a microdose as “a dose around 5% to 10% of a typical ‘psychedelic’ level dose. At this level, there is no strong psychoactive effect, but there is a reduction in stress or anxiety, and a variety of psychological benefits.” Although a prescription is not required, new patients do need to provide proof of the medical ailment they are seeking to treat with the microdoses.

The Mushroom Dispensary does not expect to have any legal troubles with the company stating that it “operate[s] in the same grey area that allowed medical cannabis dispensaries to thrive for many years before legalization. The Vancouver police have indicated they don’t consider microdoses to be a big problem.”

For those interested in learning more, check out The Mushroom Dispensary’s website here. Larsen is hopeful that the Canadian courts will recognize the medicinal value of psilocybin in the same way that it did for cannabis in the lead up to legalization.

All factors considered, it seems that Canada could again be the leader in another legalization movement, this time in the world of psychedelics. If psilocybin ‘Magic Mushroom’ dispensaries do become legal, Canada is the likely frontrunner to make it a reality.