As the cannabis industry continues to work through its issues and recover from the carnage of 2019, a new alternative investment sub-sector has emerged from the shadows. Companies focused on the medical aspects of psychedelic substances such as psilocybin (magic mushrooms) MDMA, LSD and ketamine have caught the attention of investors from around the world.

Early research into various psychedelics has shown promising results for treating medical conditions such as anxiety, depression and even addiction. One study in particular recently uncovered that a single dose of psilocybin combined with psychotherapy provided long-term relief to cancer patients suffering from anxiety and depression.

“Our findings strongly suggest that psilocybin therapy is a promising means of improving the emotional, psychological, and spiritual well-being of patients with life-threatening cancer,” stated Dr. Stephen Ross of the Department of Psychiatry at NYU Langone Health.

Another set of trials focused on MDMA-assisted therapy to treat PTSD is also producing some remarkable results.

Like we saw in the early days of the cannabis boom, the psychedelics reform movement has been gaining momentum as the medical proof behind these substances continues to stack up. Recently, a proposed ballot measure that would decriminalize psychedelic plants and fungi such as psilocybin mushrooms in Washington D.C. moved one step closer to becoming a reality. Before that, lawmakers in Vermont put forth a new bill that would remove psilocybin, ayahuasca and peyote from the list of controlled substances in the state.

Rep. Brian Cina of Vermont introduced the bill and said the following in support of the legislation:

“Whether plant medicines are used for treating pain or whether they’re used for seeking pleasure, that is a health care choice, and it’s a waste of society’s resources to criminalize healing practices that go back to the very roots of our humanity.” 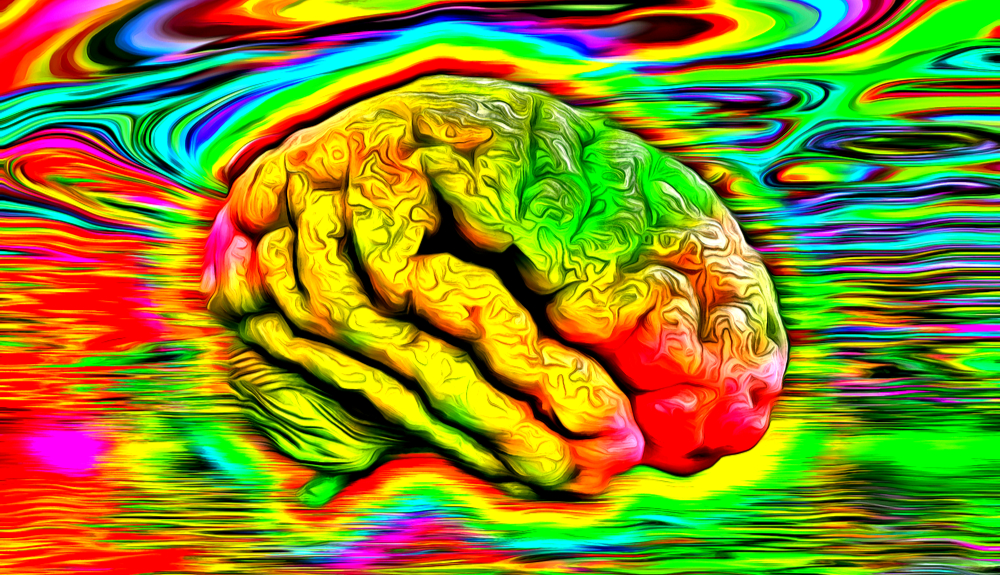 The growing reform trend currently taking place in North American has caught the attention of some very high profile investors. As we covered in our previous ‘Psychedelic Profits’ article, Kevin O’Leary and Bruce Linton have put their support and money behind a new Psychedelics start-up by the name of MindMed. Bruce Linton, co-founder and former CEO of Canopy Growth (TSX: WEED) (NYSE: CGC) (FRA: 11L1) and Kevin O’Leary, also known as Mr. Wonderful on the hit TV show Shark Tank both took part in the company’s recent $6.2 million financing round.

Mind Medicine, better known as MindMed is a neuro-pharmaceutical company dedicated to discovering, developing and deploying psychedelic inspired medicines to improve health, promote wellness and alleviate suffering. The company is building an IP portfolio and conducting clinical trials on psychedelic based medicines intended to treat ADHD and addictions such as opioids and alcohol.

MindMed is currently preparing a phase II clinical trial focused on ADHD using LSD micro-dosing and a phase II FDA clinical trial on its ibogaine derived molecule 18-MC for opioid addiction. The company’s 18-MC is a non-hallucinogenic version of the psychedelic compound ibogaine.

“We believe that hallucinogenic therapies have great merit and benefits for treating addiction. But, undergoing a ‘psychedelic trip’ might be a daunting proposition to some patients. We want patients to pick up these medicines from their local pharmacy with a prescription. We feel there is an immense opportunity to create next-gen versions of psychedelics for approval as FDA drugs,” said JR Rahn, MindMed Co-Founder.

MindMed’s co-founder JR Rahn disclosed that the company is planning to go public in early March via reverse merger on Canada’ NEO Exchange and expects to trade under the symbol ‘MMED’. According to a report by Bloomberg, a spokesperson for the NEO Exchange confirmed the MindMed listing and added that it’s pending final approvals. The company is not yet generating revenue and is projecting to go public at a valuation of roughly $50 million.

In a phone interview with Bloomberg, Rahn touched on the impending IPO saying:

“Our ambition is to be one of the first publicly listed neuro-pharmaceutical companies developing psychedelic medicines.”

One of the main questions surrounding the new psychedelics industry is the legality of it. We know cannabis is still illegal at the federal level in the United States and although many psychedelic drugs are also illegal, the work companies like MindMed are doing is not. Rahn stated that this gives the company a “greater opportunity to access growth capital from private investors in the U.S. who may not touch cannabis.”

Another company in the space by the name of Field Trip Psychedelics isn’t ruling out the idea of going public following the successful close of its Series A financing round. The company said its financing attracted global interest helping them raised $8.5 million which included some very large Silicon Valley tech investors as well as Silver Spike Capital and the former GMP Capital CEO Harris Fricker. GMP Capital was instrumental in raising millions of dollars for a variety of companies in the cannabis industry.

Field Trip is focused specifically on the psychedelics psilocybin and ketamine. The company is building a chain of ketamine-enhanced psychotherapy clinics with its first one slated to open in Toronto next month followed by New York and Los Angeles in the future. Field Trip’s research work with psilocybin is currently being conducted at the University of the West Indies located in Jamaica.

Ronan Levy, Field Trip’s executive chairman believes investor interest in the psychedelics space is growing and when asked about going public he wisely stated: “All options are on the table and we’ll ultimately make the decision that’s going to lead to the lowest cost of capital.”

The Birth of a New Industry

As many pot stocks continue to struggle in early 2020, there’s certainly a big opportunity for psychedelic companies to attract dejected cannabis investors looking for a fresh start in an emerging sector ripe with upside.

“I think that the psychedelics industry could be much bigger than the cannabis industry because it’s going to attract institutional capital and already is starting to. It’s also going to be a more concentrated space because the barriers to entry are much higher,” added Rahn.

Although it’s still very early in the game, the future looks very bright for the young psychedelics industry.