This past Wednesday, lawmakers in Vermont put forth a new bill that would remove three psychedelics (psilocybin, ayahuasca and peyote) — as well as kratom — from the list of controlled substances in the small northeastern state.

“Whether plant medicines are used for treating pain or whether they’re used for seeking pleasure, that is a health care choice, and it’s a waste of society’s resources to criminalize healing practices that go back to the very roots of our humanity,” says Rep. Brian Cina, the Vermont Representative who introduced the bill.

“Plants, especially plant medicines, should be accessible to people,” explained Cina. “Use of plant medicine should be considered a health care issue, not a criminal issue. It’s a belief that I share with many people around the world that plants are a gift from nature and they’re a part of the web of life that humans are connected to.”

The Start of a New Reform Movement?

Will the Vermont bill receive enough support to be passed into law? That remains to be seen. However, one thing is becoming clear — the bill represents a larger trend in the U.S. that’s gaining momentum: the movement to reform laws around psychedelics.

With activists in roughly 100 cities working to bringing legal change to a range of entheogenic substances, it appears that Vermont’s state-level legislative action is only the beginning of the psychedelics movement. Last year, Denver became the first U.S. city to decriminalize psilocybin (a.k.a. magic mushrooms), followed by strong support by Oakland’s city council to move several psychedelics into the city’s lowest law enforcement priorities. Moreover, activists in Oregon are advocating to include a psilocybin initiative on the state’s 2020 ballot, as well as a measure to decriminalize all drug possession, while California-based activists are pushing to get legal psilocybin before voters next fall.

Meanwhile, Larry Norris — co-founder of the U.S.-based psychedelics activism group, Decriminalize Nature — is pleased to see that the term ‘ethnographic’ is being used in the Vermont case and beyond. Norris views the term as the most accurate description of the kinds of substances his organization is working to decriminalize.

“It is exciting to see emerging interest at the state legislative level to support decriminalizing natural plants and fungi that are commonly used for medicinal, spiritual, religious, or entheogenic purposes,” says Norris. “The fact that the word entheogenic is making its way into the legislative lexicon speaks volumes for the shift in perspective that is happening nationwide.” 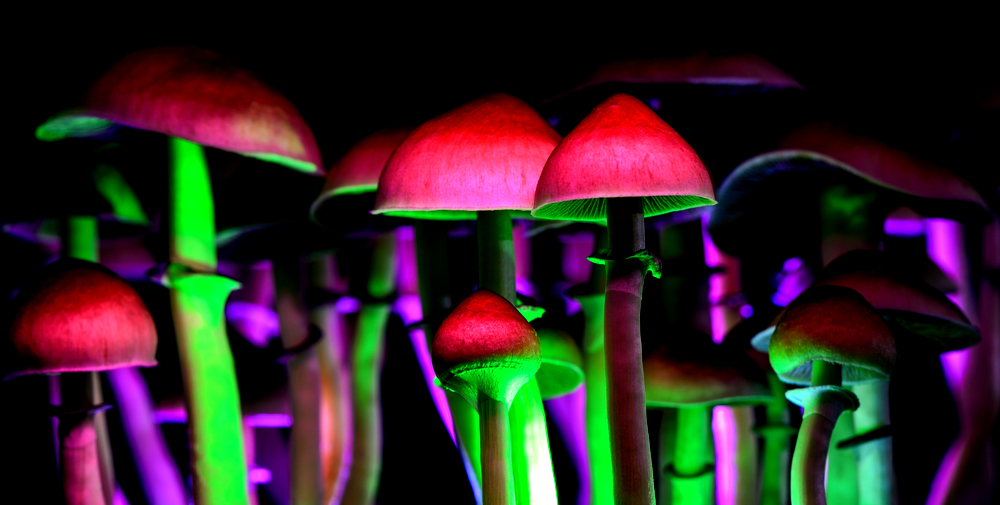 One of the three cosponsors of the Vermont bill, Rep. Zachariah Ralph, supports the decriminalization of psychedelics because he believes prohibition is disproportionately enforced against minorities and low-income communities. He also cites recent research suggesting that psilocybin has a range of medicinal applications.

“Research at Johns Hopkins University and other facilities around the country on the medicinal use of psilocybin mushrooms are showing some promising results as a long term treatment of depression, addiction and anxiety,” says Ralph. “This is especially important today as we deal with increased rates of suicides and drug overdoses across the nation and especially in Vermont.”

As the question of decriminalization lingers, some advocates are concerned that the momentum behind psychedelics reforms could result in widespread corporatization of the substance. Case in point, a California-based company recently announced it has trademarked the name “Psilocybin,” the main psychoactive ingredient in magic mushrooms.

According to the company’s mission statement, Psilocybin™is a brand of chocolates that don’t contain the psychedelic, but that is intended to “begin educating, enlightening and supporting the community in upgrading their inner vibrations in order to get everything they want of their time here on earth.”

What does this trademark mean for other psilocybin organizations? Why should one company receive exclusive rights to the scientific name of a plant?

While some psychedelics advocates are worried, one intellectual property expert is not.

“It’s certainly good for her business to have that mark, but I think at the end of the day, it’s going to be somewhat weak,” says Larry Sandell, a registered patent attorney at Mei & Mark LLP. “People are trying to stake early claims to IP. People see a potential new market here and they want to stake out their ground. It’s a big next space that people are anticipating a legal market. Maybe it’s where cannabis was five to ten years ago.”

Regardless of where the intellectual property pieces fall, Rep. Brian Cina believes the most important challenge at the moment is changing how we as a society view psychedelic substances.

“What it goes back to for me ultimately is that any kind of use of substances should be treated as a health care matter, not a criminal issue,” says Cina. “Whether those substances are used for treating pain or whether they’re used for seeking pleasure, that is a health care choice, and it’s a waste of society’s resources to criminalize a behavior that goes back to the very roots of our humanity.”

Also Read: Here’s How MDMA is Being Used to Help Cure PTSD