Decriminalization of psychedelic plants and fungi such as psilocybin mushrooms and ayahuasca moved one step closer to becoming a reality in the nation’s capital following initial approval by the Washington D.C. Board of Elections. The initiative will attempt to reform D.C. laws regarding psychedelics and if successful will move them to the lowest level of priority for local law enforcement.

On Wednesday, the D.C. Board of Elections agreed to allow the measure to move forward. The next step will be for the board to approve a short title and summary statement followed by a meeting designed to allow the public to weigh in on the matter.

If and when those hurdles are cleared, the proposal will move to a 10-day challenge period followed by another board meeting to grand final approval on the initiative’s language. Last but not least, the campaign will need to garner 25,000 signatures in support of the measure within 180 days for it to be officially placed on the November 2020 ballot.

Following Wednesday’s hearing, supporters of the ballot initiative had the opportunity to speak to the Elections Board on the medical benefits of psychedelic plants and mushrooms.

Gould also wrote a letter to the board dated January 30, 2020, which included the following excerpts:

“I am writing to you today as both a military veteran and as a US citizen and I respectfully request your support of the initiative to Decriminalize entheogenic plants and fungi. As a veteran, I represent the voice of a community that is suffering through an unprecedented mental health crisis. As a civilian, I bring the simple request to reexamine certain laws that are now outdated and preventing the emergence of effective treatment options.”

“Decriminalization can only bring safety and knowledge around the therapeutic use of substances that are already widely available. It will allow therapists to speak candidly to clients, researchers and students to pursue areas of study without fear of retribution, and an overall more educated society.” 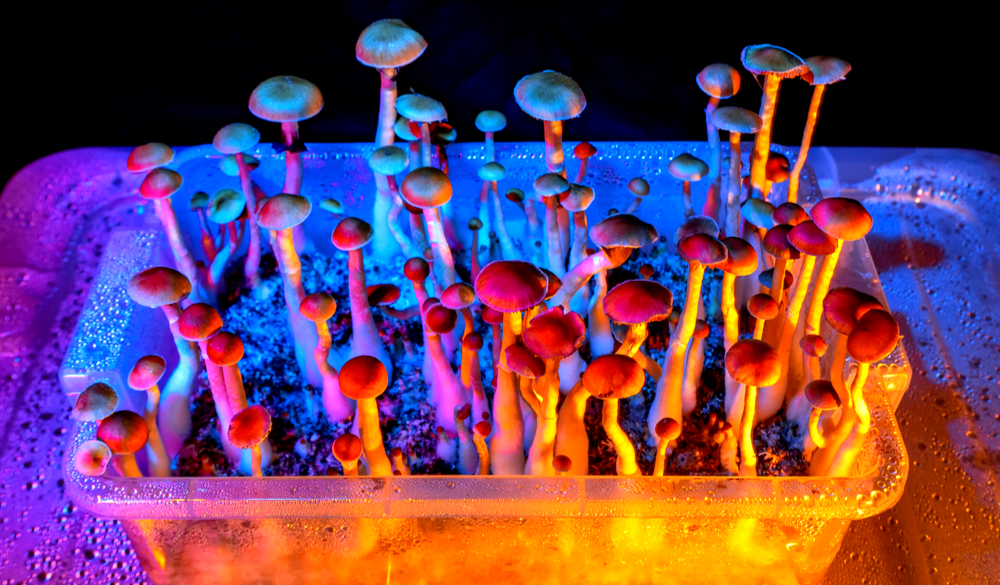 Also providing testimony in support of the movement was Melissa Lavasani, spokesperson for Decriminalize Nature D.C., the group responsible for the Psychedelics reform ballot initiative.

In a January interview with Marijuana Moment, when asked about the possibility of pursuing a legislative approach in addition to the current ballot initiative, Lavasani answered;

“Yes, absolutely. This is definitely a two-pronged tactic here. We are talking to Council about potentially getting a bill through that way, legislatively.”

The different forms of psychedelic plants and fungi the measure refers to includes: “Entheogenic plants, fungi, and natural sources (as defined herein), such as mushrooms, cacti, iboga containing plants and /or extracted combinations of plants similar to Ayahuasca; and limited to those containing the following types of compounds: indole amines, tryptamines, phenethylamines.”

The campaign’s website includes a detailed list of specific examples of different types of entheogenic plants, fungi and cacti which include:

If you’d like to support Decriminalize Nature D.C. in their quest to decriminalize psychedelic plants and fungi in the nation’s capital you can donate to the cause here.

Further evidence in support of the psychedelics reform movement was uncovered recently after a new study found that a single dose of psilocybin from magic mushrooms provided long-term relief to cancer patients suffering from anxiety and depression.

After receiving a dose of psilocybin combined with psychotherapy, patients reported a reduction in anxiety, depression, hopelessness, demoralization, and death anxiety over four years later. The study was a follow up on the findings first reported by the team in 2016.

“Our findings strongly suggest that psilocybin therapy is a promising means of improving the emotional, psychological, and spiritual well-being of patients with life-threatening cancer,” stated Dr. Stephen Ross of the Department of Psychiatry at NYU Langone Health.