The King is Back: Pot Stocks Soar on Canopy Growth's Q3 Earnings Beat

Canopy Growth, the largest Canadian licensed producer (LP) reported its Q3 net revenues increased 62% over the $76 million posted in the previous quarter. Net Revenue for the third quarter officially came in at $123.8 million while Gross Revenue totalled $135.6 million. Canopy easily beat the street’s net revenue forecast of $105 million which the company attributed to the 140 new cannabis retail stores that opened in the quarter.

“In Q3 we executed across Canada, in our international markets and in our strategic acquisitions to drive revenue growth. We have a lot of work to do. We are eager to capitalize on the opportunity to create an unassailable position through a tight focus on the consumer and on critical markets,” stated Canopy Growth CEO David Klein.

The company’s Net Loss for the third quarter dropped substantially quarter over quarter from $375 million in Q2 to $124 million or $0.38 per share. The consensus on the street predicted Canopy would post a much larger loss of $0.52 per share.

The company saw its Q3 Adjusted EBITDA Loss decline from the $156 million in Q2 2020 to $92 million thanks to a large reduction in corporate overhead and operational expenses which decreased 14% from the previous quarter. Analysts were projecting Canopy would post an adjusted EBITDA loss of $116 million in Q3.

Canopy’s Q3 Canadian Cannabis Revenue grew by 9% quarter over quarter to $83.5 million thanks to the company’s new retail stores coming online in the final months of 2019. The bulk of Canopy’s Canadian cannabis revenues were a result of its sales to provincial retailers.

“Adding more stores is a pressure relief valve for some of the ills of the cannabis sector at the moment. The biggest driver for us is being consistently on the shelf for more consumers,” said Klein in an interview with Yahoo Finance.

International Cannabis Revenue grew by 3% from $18.1 million in the previous quarter to $18.7 million in Q3. The modest growth in Canopy’s international revenue was thanks to higher than expected German cannabis sales.

The company reported that its Gross Margin Before Fair Value Impacts for the third quarter came in at 34%.

“We delivered significant gross improvement in the third quarter driven by stronger revenues and higher capacity utilization. Actions taken earlier this year are expected to meaningfully reduce stock-based compensation in FY21, and we have started to implement tighter cost controls across the organization. We plan to take further steps to reduce our costs and right-size our business to ensure that we can generate a healthy margin profile and cash generation in the coming years,” added Canopy’s EVP & CFO Mike Lee.

Canopy’s Cash Position at the end of Q3 dropped by $2.7 billion from the prior quarter to $2.3 billion which the company says reflects its capital investments, M&A and EBITDA loss. 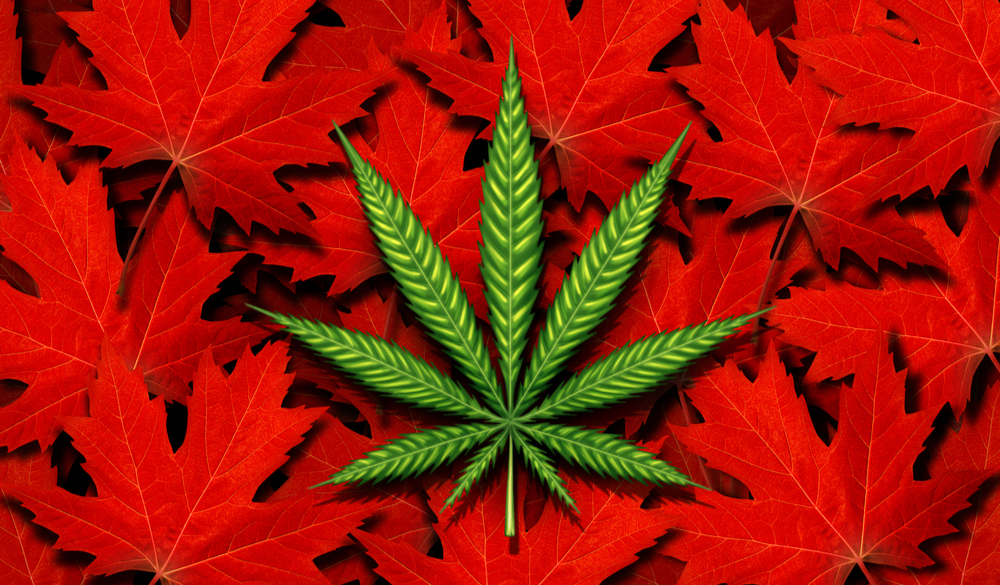 “We are not going to run out of cash. We have a lot of levers to pull in that regard. We have to slow our capital expenditures and we will pull back with M&A activity.”

On the earnings call, Klein also laid out what he labelled as his three-pronged set of priorities for Canopy Growth which included:

Klein elaborated further by saying; “We will do this by delivering on our commitments in a thoughtful and measured fashion. The industry has evolved and we need to focus on specific markets where we have the legitimate right to win.”

Two key areas Canopy will focus on as it continues its march towards profitability is the recently revamped Ontario retail cannabis market and the huge opportunity south of the border in the United States. Last year the company secured the option to acquire U.S. multi-state operator (MSO) Acreage Holdings (CSE: ACRG.U) (OTCQX: ACRGF) contingent on federal prohibition in American being lifted.

The Ontario market experienced a rough start with many called the province’s rollout of retail cannabis stores botched. However, Ontario Premier Doug Ford recently announced his intentions to greatly increase the number of stores throughout the province and vowed to make Ontario the top market in Canada. Canopy is extremely well-positioned in Ontario and stands to benefit greatly from improved market conditions in Canada’s largest province. In early January, Canopy announced plans to open another ten Tokyo Smoke retail stores in Ontario during the first half of 2020.

Canopy’s first order of business in the United States is to capitalize on the 2018 Farm Bill which legalized hemp in the U.S. This past December, the company announced the launch of its first U.S. hemp-derived CBD product line called ‘First & Free’ which is available online to American’s nationwide.

“We want to and need to move faster and make bolder moves in the U.S., and are focused on creating brands that resonate with our consumers,” added Klein.

Shares of Canopy Growth soared today in reaction to its better than expected third-quarter earnings report. The company’s TSX listed WEED stock closed the day at $29.98 per share, up 15.84% on the day. Canopy’s U.S. NYSE listed CGC stock performed nearly as well closing today’s trading session up 13.37% at $22.13. Lastly, the company’s Germany based Frankfurt Stock Exchange-listed shares closed today at $20.63 per share, up 12.57%. 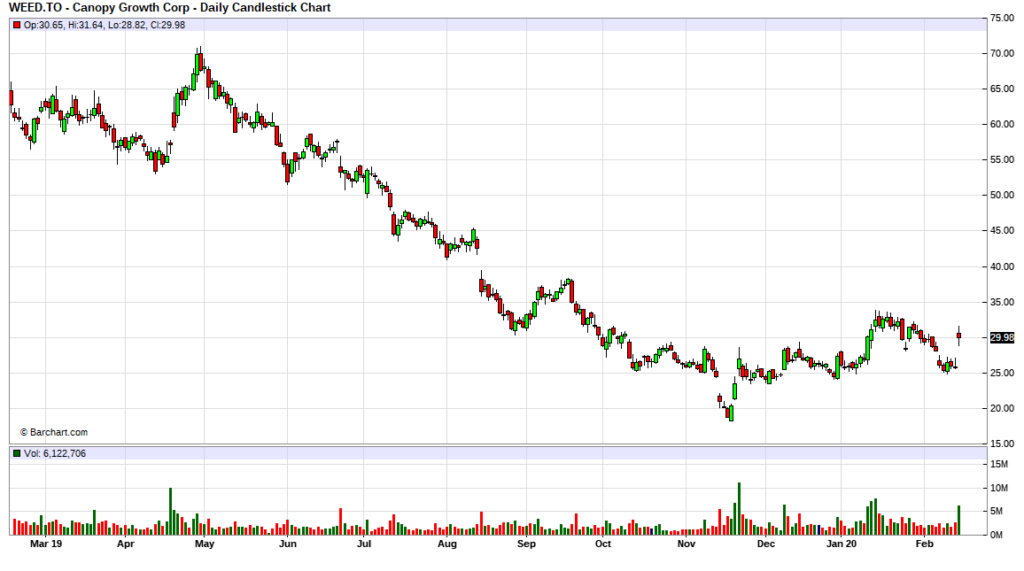