Ride the Santa Claus Rally With These Cannabis Stocks

Santa Claus is coming to town and he could be bringing large gains for investors with him. The Christmas season is officially underway and with the current market conditions, the potential for a major Santa Claus Rally is real.

A Santa Claus Rally can be described as a substantial increase in the stock market that occurs during the final weeks of December and runs into the first couple of weeks of January. Historically the stock market has performed very well in January and this is especially true for cannabis stocks.

The Santa Claus Rally phenomenon is thought to be the result of tax considerations, investors putting their Christmas bonuses to work in the market and overall optimism on Wall Street and Bay Street during the holiday season. Another reason could be the fact that many of the large institutional investors responsible for shorting the market go on vacation this time of year leaving the market in the hands of the more bullish retail investors.

Regardless of the actual reason, the statistics back up the fact the Santa Claus Rally is a real occurrence for the overall stock market and especially the cannabis sector.

Now that you’re aware of the reasons for this phenomenon, let’s go over some investment ideas that could give you the best chance to profit from the upcoming pot stocks holiday rally. 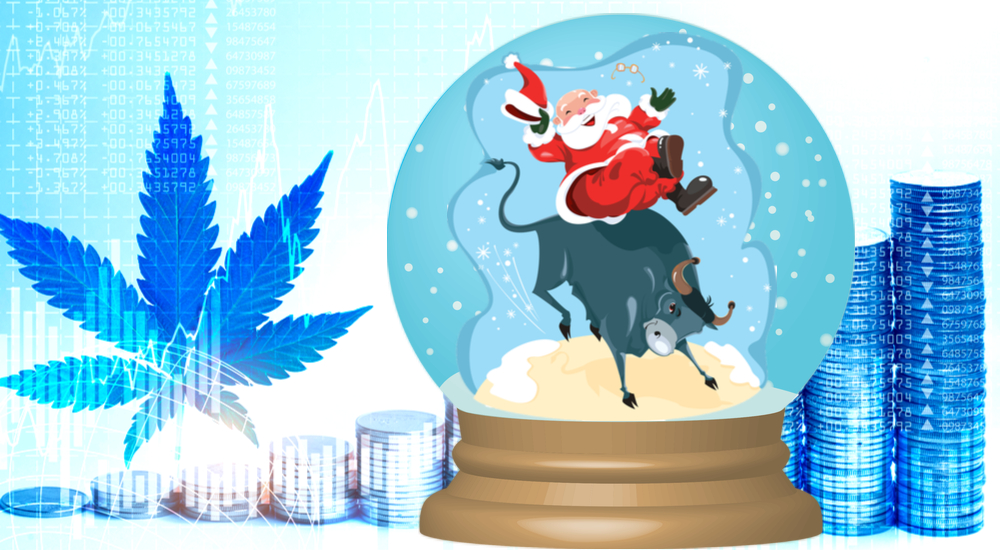 First up is Florida based multi-state operator (MSO) Liberty Health which has proven itself to be one of the stronger pot stocks over the past few months and investors are beginning to take notice. Since Liberty released its Q2 earnings in late October which featured a 379% increase in revenue and surprise net income of $22.8 million, the company’s stock has been able to buck the trend and rise while other pot stocks suffered.

According to a report from New Cannabis Ventures, Liberty shares along with Trulieve (CSE: TRUL) (OTCQX: TCNNF) and Curaleaf Holdings (CSE: CURA) (OTCQX: CURLF) outperformed the broad cannabis sector in a big way. With Liberty set to report its third-quarter earnings on January 29, 2020, it’s very likely the company will carry its current momentum into the announcement of those financial results. The timing of Liberty’s Q3 earnings line up perfectly with an overall market rebound this holiday season.

Yesterday’s announcement added fuel to the LHS fire after Liberty reported it expanded its product offering with the launch of its G Pen line of personal and portable vaporizer devices in all of its dispensaries. Liberty is currently the number two player in the state of Florida with a 19.5% share of the state market, trailing only Curaleaf. According to recent figures provided by Marijuana Business Daily, Liberty currently sells an impressive 2,927 oz of cannabis flower per week in Florida. With many experts predicting that it’s only a matter of time until Florida opens the floodgates via recreational legalization combined with Liberty’s firmly established market presence in the Sunshine State, the sky is the limit for Liberty Health.

Shares of LHS are currently in the midst of a profound move higher with the stock rising over 100% from its October lows. Many investors feel Liberty’s stock was unfairly beaten down by short-sellers and management scandals causing the company’s shares to become undervalued. Strong technicals and strengthening fundamentals could make Liberty Health the perfect stock to profit on the Santa Claus Rally. 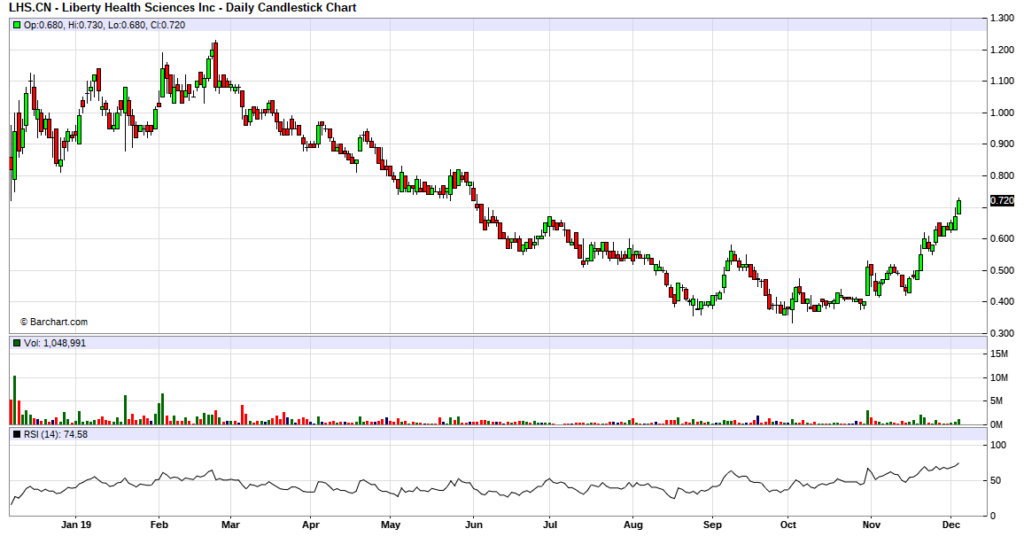 Regardless of Canopy Growth’s recent weak earnings, if the cannabis market makes a run this holiday season you can all but guarantee the largest Canadian licensed producer (LP) will see its stock leading the charge. As the industry bellwether, Canopy has a long history of being a leading indicator for the cannabis sector.

With Canopy’s recent announcements regarding its Cannabis 2.0 operations being complete and ready to go, the company is now in a great position to start generating a return on its substantial investments in the lead up to Legalization 2.0. Last week at its Toronto, Ontario launch event, Canopy unveiled its impressive lineup of cannabis beverages, vapes and edibles which included its Houseplant collaboration with actor Seth Rogen.

Analysts expect to see the company’s financial results begin to improve in the coming quarters as the sales from these new product categories are reflected. Bank of America analyst Christopher Carey recently upgraded shares of Canopy from ‘Neutral’ to ‘Buy’ causing the company’s stock and the entire sector to soar over 40% in a matter of days. News that Canada’s largest province Ontario has been taking steps to fix its broken cannabis retail system to allow market demand to dictate the amount stores in the province will also have a very positive effect on Canopy’s future earnings.

Taking a look at a Canopy’s stock chart, there are a lot of positive things happening that indicate that the stock is possibly bottoming out and could be gearing up for a large bounce. The potential rebound would line up perfectly with the Santa Claus Rally and technically speaking, Canopy’s chart should be enticing for bottom buyers. If the market continues to rebound in 2020 on the back of improved earnings and a new Ontario retail system, investors could look back at these prices and kick themselves for not buying WEED stock at these low levels. Oh ya, Canopy also has nearly $3 billion in the bank thanks to the massive investment from alcohol giant Constellation Brands (NYSE: STZ) last year so the company won’t struggle to raise capital in 2020 like so many of its peers. 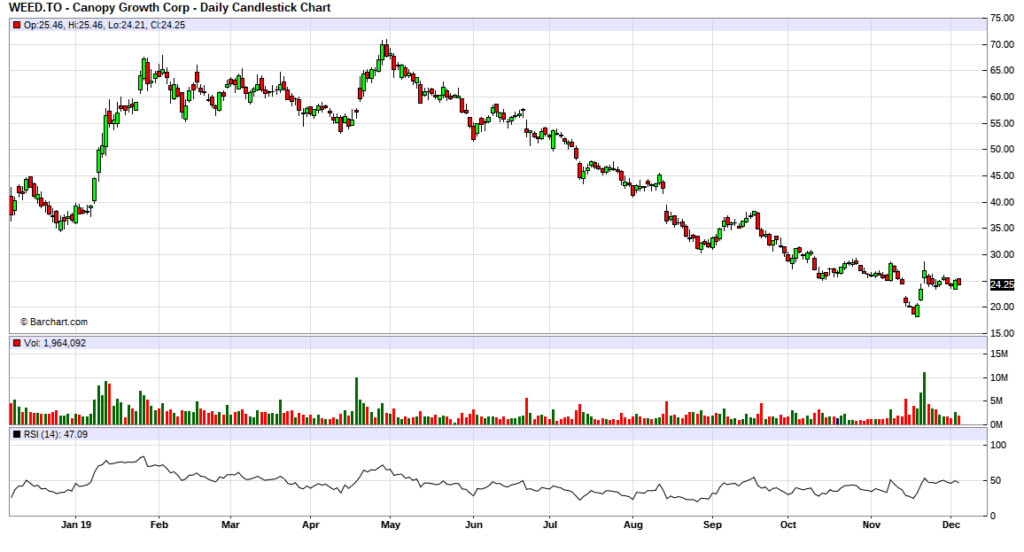 Disclaimer: The Cannabis Investor owns a position in LHS.