Aurora Cannabis Reports Earnings After Market Today, Can ACB Save a Sector in Free Fall?

Canopy reported a 15% drop in net revenue compared to the $90.5 million reported in the previous quarter. Analysts projected Canopy would post net revenue of $107 million but the Canadian licensed producer (LP) missed the mark significantly as net revenue for Q2 only amounted to $76.6 million.

Gross revenue came in at $118.3 million but thanks to a $32.7 million restructuring charge for product returns and $9.0 million in excise taxes net revenue took a big hair cut. Canopy stated weaker than expected oil and soft gel capsules sales as the main issue.

Canopy was also forced to write-down $15.9 million worth of unsellable products in the quarter which is a reflection of the company’s change in strategy which included new retail pricing, a rationalized package assortment and a focused marketing and educational plan.

“The last two quarters have been challenging for the Canadian cannabis sector as provinces have reduced purchases to lower inventory levels, retail store openings have fallen short of expectations, and Cannabis 2.0 products are yet to come to market,” stated Canopy Growth CEO Mark Zekulin. 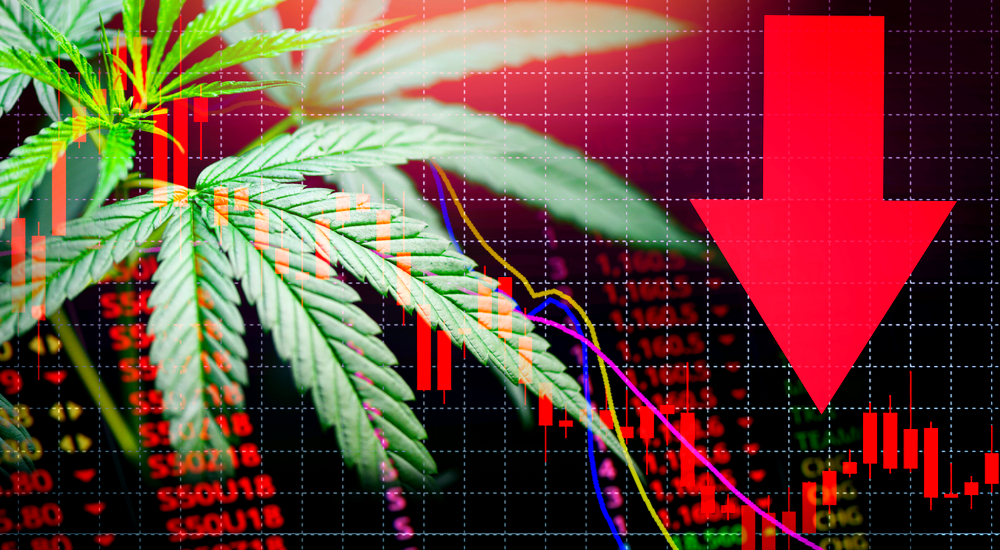 An increase in operating expenses caused Canopy to suffer a 13% jump in its net loss for the quarter which came in at a concerning $374.6 million. On a per-share basis, Canopy’s Q2 loss amounted to $1.08 per share. In last year’s second quarter, the company posted a net loss of $330.6 million or $1.52 per share.

On this morning’s earnings call, Canopy CEO Mark Zekulin informed investors that “it is increasingly unlikely that we will achieve our Q4 milestone of $250 million in revenue.”

Taking a look at the balance sheet, Canopy reported its cash on hand at the end of the second quarter was $2.7 billion. The bulk of Canopy’s cash came from the landmark $5 billion investment from alcohol giant Constellation Brands (NYSE: STZ) last November.

The company still has a substantial cash position compared to many of its peers but it will have to get its expenses under control if it wants to win back investor’s confidence. Now that the race to develop cannabis 2.0 products has come to an end the upcoming quarterly earnings could be make or break for the once high flying LP.

The recent announcement by Ontario’s government committing to expand the number of stores in the province should give the market hope that Canopy’s earnings will improve as access to its products increases.

This is a big deal but it cannot come soon enough,” said Zekulin.

“At the risk of oversimplifying, the inability of the Ontario government to license retail stores, right off the bat, has resulted in half of the expected market in Canada simply not existing,” added Zekulin.

The official launch of cannabis 2.0 products later this year will also give Canopy’s earnings a big boost as it will finally be able to start earning a return on its huge investment.

“After five years of investment in market research, product development, product marketing, production engineering, as well as production facility design, construction and qualification, we are ready to bring our Cannabis 2.0 product offerings to market,” said Zekulin.

Up next, Aurora Cannabis (TSX: ACB) (NYSE: ACB) will report earnings for fiscal Q1 2020 after the market close today. The entire cannabis investing community will be watching with bated breath. If Aurora misses big, the carnage that could follow may be devastating.

Shares of Canopy Growth’s TSX listed stock is currently traded at $21.15, down 13.50% on the day. As of this writing, nearly 5 million WEED shares have changed hands.