Why Are These 4 Cannabis Stocks Holding Up So Well Amongst The Carnage? - The Cannabis Investor

Why Are These 4 Cannabis Stocks Holding Up So Well Amongst The Carnage?

These 4 Cannabis Stocks All Have One Thing in Common

Cannabis stocks are in a state of disarray after multiple failed bottoms and a plethora of worse than expected earnings reports. This week the big four Canadian licensed producers (LP) reported quarterly earnings and the results weren’t good.

On Tuesday, Cronos Group (TSX: CRON) (NASDAQ: CRON) and Tilray (NASDAQ: TLRY) kicked off an important earnings season and both companies missed the mark in regards to analysts expectations.

Cronos reported a 238% increase in Q3 2019 net revenue but the company’s revenue of $12.7 million failed to live up to the analysts’ forecast of $14.1 million. Thanks to a large one-time gain in derivative liabilities Cronos was able to report a net profit of $788 million or $0.53 per diluted share in Q3.

Tilray reported its Q3 net revenue grew 409% to $51.1 million beating the analysts’ target of $49 million. However, the company also reported that its net loss for Q3 increased from $18.7 million in Q3 2018 to $35.7 million this year. Tilray’s third-quarter net loss on a per-share basis worked out to $0.36 per share which came in under the $0.30 projected by analysts.

Yesterday, the stage was set for the top two Canadian LPs Canopy Growth (TSX: WEED) (NYSE: CGC) and Aurora Cannabis (TSX: ACB) (NYSE: ACB) to try and save a sector in free fall when it reported its quarterly earnings.

Canopy reported a 15% drop in net revenue which came in at $76.6 million for Q2 2020. Canopy’s revenue came in well under the analysts’ consensus which had Canopy posting net revenue of $107 million for the second quarter. Even worse, Canopy reported an astonishing Q2 loss of $374.6 million citing a multi-million dollar inventory write-down and product return charges as the driving force behind the massive quarterly loss.

Aurora followed Canopy after it released its Q1 2020 earnings after the market closed yesterday. Despite reporting an industry-leading gross profit for the first quarter of $53.7 million the company’s shares plummeted in after-hours trading after investors learned that Aurora’s Q1 net revenue dropped 24% quarter over quarter from $98.94 million to $75.24 million. Analysts projected Aurora would report net revenue of $90.6 million. Aurora’s adjusted EBITDA loss for the first quarter was $39.7 million. 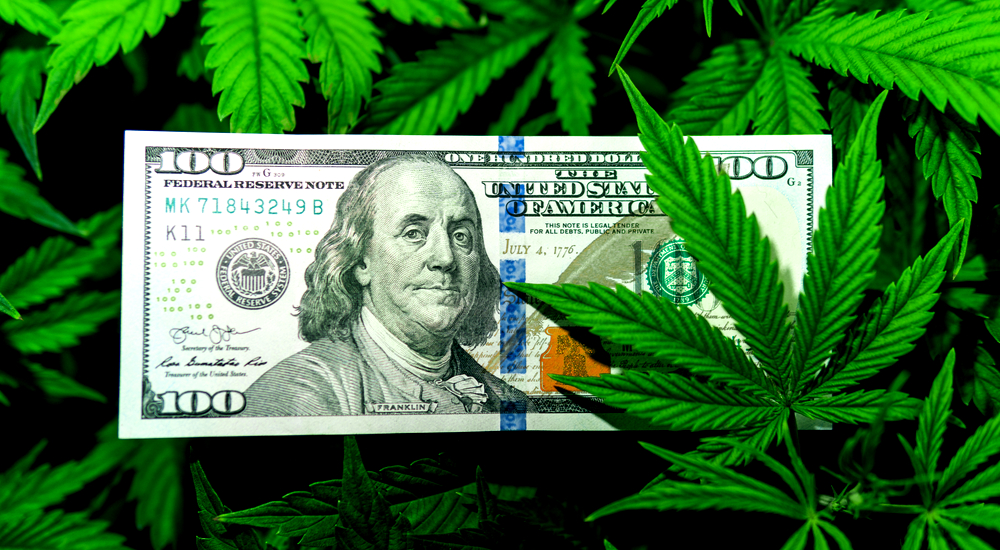 The statements made by these companies indicated that a lot of the blame for the recent earnings weakness needs to be placed on the Ontario government and its catastrophic retail rollout. Ontario has dropped the ball over and over in its attempt to put its retail plan in place. After losing many millions of taxpayer dollars in its failed attempt at adult-use retail cannabis, it seems the Ontario government will finally back off and let the professionals take the reins.

With the big four LPs, all missing big in their quarterly earnings pot stocks have continued to sell off with no bottom in sight. With capital rapidly flowing out of the majority of cannabis equities, some of this money has made its way into four marijuana companies that have recently produced much stronger financial results compared to the rest of the cannabis industry.

In a sea of red, Trulieve, Green Thumb, Liberty Health and Aphria are currently bucking the trend as investors flock to their stock in an attempt to seek shelter. All of these companies have one important thing in common, they’ve all recently reported profitable earnings.

In mid-August of this year, Trulieve continued its strong financial trajectory by reporting another record quarterly earnings. Building off the company’s strong Q1 2019 earnings, Trulieve announced record revenue and profits for the second quarter of 2019. The leading U.S. multi-state operator (MSO) posted a 30% increase in quarter over quarter revenue of $57.9 million. Trulieve also reported that adjusted EBITDA in Q2 increased from $19.0 million in Q1 to $31.6 million.

The company will report its Q3 earnings on Monday, November 18, 2019, after market close. Another strong profitable quarter could send shares of TRUL stock much higher as investors continue to flock to the few profitable cannabis operators. Mark your calendars now.

Investors seem to agree with what we just covered as shares of TRUL closed trading today at $15.27, up 12.8% on the day.

Similar to the path taken by Trulieve, after reporting record revenue in its May Q1 earnings, Green Thumb followed up the strong quarter by announcing even better Q2 results in late August. The company reported that it tripled revenue to $44.7 million and reported adjusted operating EBITDA of $5 million for the second quarter of 2019.

GTII is certainly on the right track but is currently not yet on the same level as Trulieve as the company reported adjusted EBITDA for the second quarter of negative $9.4 million and a Q2 net loss of $22.2 million. GTII will look to continue the positive trend when it reports its third-quarter 2019 earnings on Wednesday, November 20, 2019.

Investors seem convinced that GTII is trending in the right direction as shares of its CSE listed stock closed trading today at $11.83, up 6.6% on the session.

Liberty Health’s addition on this list may come as a surprise to many but in case you weren’t aware, the company rose from the dead on October 31st after it reported huge Q2 earnings. Shares of Liberty were written off by investors after multiple controversies had left the stock in shambles.

Liberty announced a 379% jump in net revenue in its second-quarter financial results which came in at $10.63 million. The biggest surprise came as a result of a $14.7 million unrealized gain on biological assets, and the $19.2 million sale of the Chestnut Hill Tree Farm which allowed Liberty to report net income for Q2 of $22.8 million. Shares of LHS skyrocketed over 20% the day it reported earnings as investors pounced on the now undervalued shares. Liberty will report its Q3 financials by January 29, 2020.

Liberty Health was another big winner in today’s trading session. Shares of LHS closed today at $0.475, up 9.2% on the day.

The lone Canadian LP on our list is Aphria which has held up much better than its peers such as Canopy Growth, Aurora Cannabis, Cronos Group, Tilray, Organigram and HEXO. The support behind Aphria has to be attributed to the company’s recent back to back profitable quarterly earnings.

After posting a surprise profitable fourth-quarter earnings in early August which featured a huge 969% increase in net revenue, Aphria followed it up by reporting even better Q1 2020 results last month. Aphria reported net income of $16.4 million or $0.07 per share on total revenue of $126.11 million. The company also posted adjusted EBITDA of $1.0 million for the first quarter. Analysts had expected Aphria would report a loss of $0.02 per share on revenue of $130.6 million. Aphria will report its Q2 2020 results in January 2020.

With the big four LPs missing by a mile in this week’s earnings, Canadian-based pot stocks have been under increased pressure compared to MSOs. All things considered, Aphria is holding up well as the carnage around it continues to play out. Investors should expect Aphria to take either Cronos or Tilray’s place amongst the big four Canadian LPs in the near future.