Closing in on Equal Access For All: The Evolution of the Psychedelics Industry - The Cannabis Investor

Closing in on Equal Access For All: The Evolution of the Psychedelics Industry

According to Rick Doblin, founder and executive director of the Multidisciplinary Association for Psychedelic Studies (MAPS), in an article in the Journal of Psychoactive Drugs, there are more clinical trials in psychedelics happening today, both for basic effects and therapeutic purposes, than at any time in history.

“In the United States specifically, the past two years have brought about swift and directed progress in the development and advancement of clinical psychedelic research. The worldwide explosion of psychedelic studies is comprehensive, promising, and multidisciplinary. Findings from these studies may, in turn, lead to a world in which therapeutic use of psychedelics is accepted and supported. The findings may also open the door to a world of previously under-explored uses,” he wrote.

“The potential is great, and the work that is being done today is just the tip of the iceberg. The more research that is conducted, the closer we get to integrating psychedelics into modern medicine and culture, and revolutionizing mental health care.”

Doblin is looking for MAPS to help in certifying trainers who will be the new generation of psychotherapists that will be cross-trained to work in psychedelics and psychotherapy clinics. “I imagine by 2030 there will be  about 6,000 clinics with 200,000 staff.”

One of the driving forces for psychedelics that could help accelerate the evolution of the industry as a mainstream treatment is the research about how psychedelics can be used to treat more than just mental health.

For example, psychedelics have been shown to help treat diabetes and cardiovascular disease.

There are also psychedelics that don’t have a hallucinogenic component to it, making them more available for a larger patient base not willing or able to withstand that aspect of psychedelic therapy.

One drug, BOL-148, a non-toxic and non-hallucinogenic derivative of LSD, was tried in studies of patients with extremely painful cluster headaches and achieved significant success. People with these kinds of headaches describe the pain as severe, intense, sharp, and burning. It is commonly described by female patients as “worse than childbirth.” 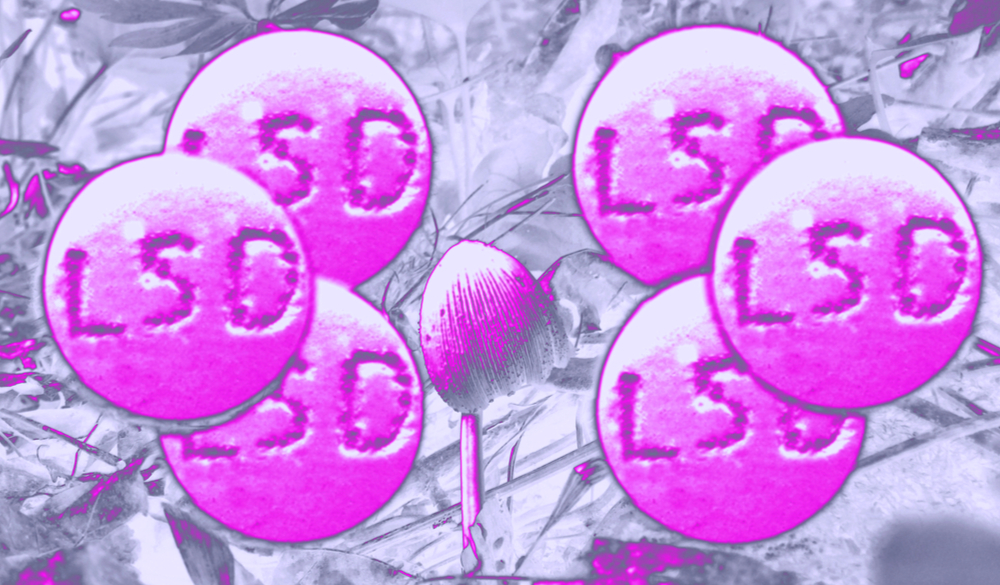 That sort of mainstream-melding product development is behind a program at MindMed (NEO: MMED) (OTCQB: MMEDF) (FRA: BGHM), where co-founder and co-CEO JR Rahn says that there can be medicines based on psychedelics that don’t have to be hallucinogenic, citing his company’s 18-MC (18-methoxycoronaridine) program to develop a synthetic drug based on the chemical structure of ibogaine. “It’s based on the psychedelic avenue instead of derived from it,” he said during his presentation for PsyTech Virtual Summit 2020 in May.

MindMed has also discovered a neutralizer technology that can shorten and stop the effects of an LSD trip during a therapy session, acting as a sort of “off-switch” to an LSD trip (a similar product, Undoo, is available for cannabis).

The invention may help reduce the acute effects of a psychedelic drug and help shorten the hallucinogenic effects when required by a patient or medical professional, according to MindMed’s press release.

Rahn says that MindMed wants to offer non-hallucinogenic medicines and hallucinogenic therapies that may work together in therapy use. “There is still a lot of work to do with regular science, and with collaboration with the academic field and scientific researchers to achieve that,” he said. “But if we have that approach and that collaboration, ultimately, this paradigm should come true.”

There’s more underway to evolve the business of psychedelics and move them on a path to mainstream medicine, or medicalization, sometimes more as a background movement to research, and sometimes as a result of the applications of research that are convincing more people about the benefits of psychedelic therapies.

“I think it’s inspiring to notice that we are starting to codify and create the systems to offer these drugs to the general public,” David Champion, CEO of Maya, a psychedelic research group, said during his presentation at the Psyched 2020 Summit in June. “That is interesting because most of the research and debate is about ‘Does this drug work to help somebody with a certain condition?’ Now we are looking to ‘OK yes, we know it works. But how do we make sure it works the best?’ How do we create the right containers so that somebody that is going to undergo one of these treatments is going to make sure that they will have the best possible outcomes? That work has just begun.”

He says that there are technologies available to automate and standardize the protocols for psychedelic therapists working in clinics or underground retreat centers. “There are these incredible psychometrics and psychographics assessments that can be used,” he says. “In five years, there is going to be so much greater clarity about what we should be looking at. So it’s about capturing the data in these models that can be analyzed where patterns can be spotted to improve the treatment for patients,” he said. “This can all be an incredibly rich learning environment for the therapists.”

With all that knowledge, he says, “we could help inform conscientious drug production.” “We can set up systems now, so that is not even a question in five years that everyone of every demographic type will have equal access to this medication or form of treatment.”

Data is the key, according to Dr. Ben Sessa, a senior research fellow at the Imperial College of London. He said the industry researchers need to make these psychedelic drugs legal and licensed. “The only way to do that is with the data because that is how we make medicines. There is a lot of experience and a wealth of expertise within the underground psychedelic community, which we need to bring into medicine. But we can’t take the polarizing position that all the doctors are evil. Until we do the data and do the work with the system, that is how you get medicines licensed. And then my worthy patients can access them. And that is my goal.”

Irie Selkirk, co-founder and director of the Rise Wellness Retreat, a psilocybin treatment facility, said that this is where she sees the evolution of what researchers and business developers in psychedelics are doing. “It’s by harnessing all these things we know are true,” she said as a session moderator at the PsyTech Virtual Summit in June. “We really need social medicine now. This is where we have to come together and build the bridges where we can.”

Mark Braunstein, a psychiatrist for Open Sky Wilderness Therapy working with ketamine assisted therapies, said that they need to get increased research on the therapy model. “We really need to increase research on all these psychiatric conditions that ketamine is being touted for so we don’t go with the same psychiatric model of one size fits all that we are doing now,” he said during the PsyTech Virtual Summit. “We must increase affordability and access to these medications. This should not be a treatment for the bourgeoisie and the one percent. But it’s a global medicine for the people.”

Also Read: Patents for Psychedelics: “We Have the Potential to All Be Winners if We Do This Right”