In This Week’s Edition, We Recap and Countdown the Top 10 Cannabis and Psychedelics Industry News Stories for the Week of August 30th – September 5th, 2021.

Creso Pharma (ASX: CPH) (OTC: COPHF) (FRA: 1X8) announced last week that the company and Red Light Holland (CSE: TRIP) (OTC: TRUFF) (FRA: 4YX) have decided to terminate its planned merger, originally announced on June 17, 2021. The decision to part ways with regards to the merger was mutual and will allow Creso to keep its Australian Securities Exchange (ASX) listing as well as pursue a NASDAQ uplisting for its U.S. shares. Creso is currently putting together a team of experienced global executives to assist in the NASDAQ uplisting as well as the company’s international expansion strategy.

9. Possessing And Cultivating Psychedelics Would Be Legalized in Michigan Under New Senate Bill

Michigan senators on Thursday introduced a bill to legalize the possession, cultivation and delivery of an array of plant- and fungus-derived psychedelics like psilocybin and mescaline

The legislation, sponsored by Sens. Jeff Irwin (D) and Adam Hollier (D), would amend state statute to exempt people from criminal penalties for such activities so long as they are not “receiving money or other valuable consideration for the entheogenic plant or fungus.” As such, commercial production and sales would not be legalized under the measure.

Youth marijuana use does not increase after states enact legalization for medical or recreational use, researchers concluded in a study published in a prominent scientific journal on Tuesday. The policy change instead has an overall impact on adolescent cannabis consumption that is “statistically indistinguishable from zero,” they found. In fact, it seems that establishing certain regulated cannabis models actually leads to lower marijuana use among adolescents under certain measures—a finding that directly conflicts with anti-legalization arguments that are commonly made by prohibitionists.

7. Oregon Psilocybin Panel Teams Up With Harvard to Research Psychedelic History and Impacts of Reform

An Oregon state panel charged with advising on the implementation of a legal psilocybin therapy program has cleared a team of researchers to produce a comprehensive report on the science, history and culture of the psychedelic as regulators prepare to license facilities to administer it. Members of the Oregon Psilocybin Advisory Board released an initial report in July that reviewed hundreds of studies into psilocybin, as required under the state’s historic, voter-approved 2020 medical legalization initiative. But they were pressed for time and will now be working with a recently established psychedelic research center at Harvard Law School to more thoroughly cover the subject.

Combined sales of the three most lucrative cannabis pharmaceuticals products – Epidiolex®, Dronabinol and Sativex® – are set to reach €1.8 billion by 2025, according to a new report

The Pharmaceutical Cannabis Report: 2nd Edition, released today by global cannabis industry consultants Prohibition Partners, finds that research on the endocannabinoid system is one of the most promising – and potentially lucrative – avenues for new therapeutics in medicine at the moment. The report highlights how the use of cannabinoids in the treatment of medical conditions, from pain and spasticity to PTSD and epileptic seizures, offers major opportunities, with the current global spend on non-cannabinoid-based pain medications worldwide estimated at US$63-85 billion each year. 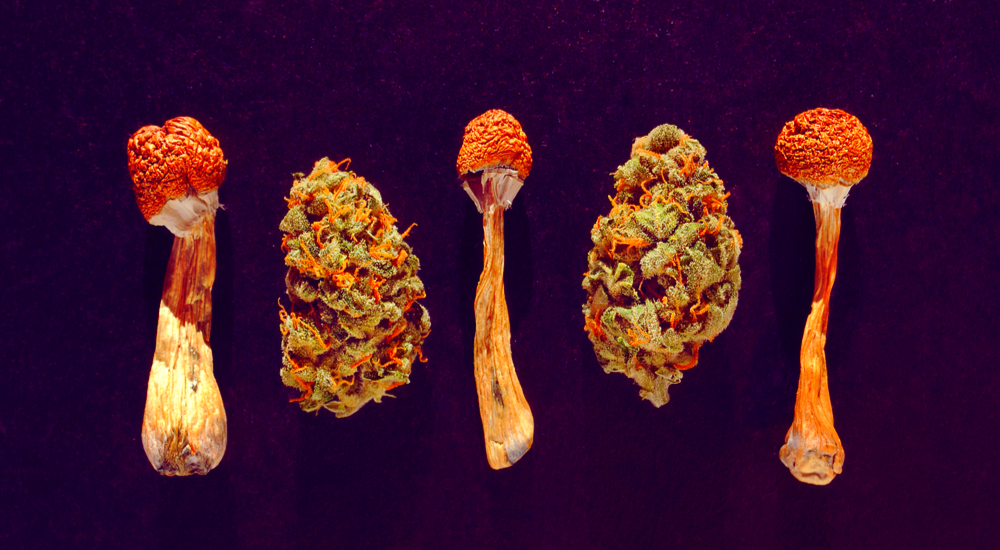 📈 NEW WVC STOCK PICK: A Plant-Based Future and the “Next Beyond Meat Multibagger”

📧 SIGN UP NOW: For the FREE Wealthy VC Email Newsletter via the Link Below to Receive the New Multibagger Stock Pick

The group sued DEA in March after the agency replied to a request for guidance from the clinic’s co-director, Dr. Sunil Aggarwal. DEA asserted that the only way for the AIMS Institute to dispense psilocybin legally would be to obtain a federal research permit, which “would not be applicable to Dr. Aggarwal at this time.” “It is entirely consistent with the purpose and language of the state and federal right-to-try laws to include any controlled substances that have completed Phase 1 trials, including Schedule I controlled substances,” Washington Deputy Solicitor General Peter B. Gonick said in oral argument before a three-judge panel of the U.S. Court of Appeals for the Ninth Circuit, referring to a category of illegal drugs that includes psilocybin. “It’s entirely inconsistent with the right-to-try laws to prevent patient access to these treatments.”

It appears that the federal legalization of cannabis in the United States might not be in the best interest of cannabis investors. That is, if the Democrats get their way as proposed legislation is currently written. In fact, investors might be better off under the current federally illegal status, believe it or not

The reason for this is that it appears that the Democrats have taken aim at not just “Big Tobacco” and “Big Alcohol” in their proposed legislation under the Cannabis Administration and Opportunity Act, but “Big Cannabis” as well – and this is bad for investors in the space. In terms of Big Tobacco and Alcohol, as Natalie Fertig at Politico points out, “groups from both sides of the aisle proposed banning big tobacco in a future cannabis industry.” While she directly mentions Big Tobacco, the screenshots enclosed in her accompanying tweet, actually highlight the involvement of Big Alcohol as well.

Though Americans are in the midst of a broad, sweeping re-evaluation of their relationship with drugs, California lawmakers have temporarily scuttled increasingly popular plans to legalize small amounts of certain psychedelic drugs

The reason why California—often considered the nation’s laboratory for progressive policies—won’t, for now, follow the footsteps of Oregon and individual cities in weakening restrictions around psilocybin mushrooms, MDMA, and other drugs? It’s all political. In one analysis, it’s because drug legalization might complicate things even further for California Gov. Gavin Newsom, who is teetering on the brink of being removed from office on September 14. As CalMatters reported, Senate Bill 519, which would have removed criminal penalties for the possession, use, and cultivation of certain psychedelics including so-called “magic mushrooms,” had passed the state Senate in June.

If the trend continues, Illinois is on track to see more than $1 billion in adult-use marijuana sales in 2021

Adult-use marijuana sales in Illinois exceeded $120 million in August, state officials reported on Thursday. Illinois saw $121,933,542 in cannabis purchases last month, with $81,275,830 coming from in-state residents and $40,657,711 from out-of-state visitors, in particular, from neighbouring states that do not have a legal market, reported Marijuana Moment. Amid a huge budget deficit, the state generated more than $86 million from adult-use marijuana tax revenue between January and March 2021 and has repeatedly broken its own monthly cannabis sales records, hitting $28 million in March alone.