In this week’s Cannabis Stock News Recap, you will find the top stories from around the industry for the week of June 17th – 23rd, 2019.

Datable Technology Corp. (TSXV: DAC) (OTCQB: TTMZF) is leveraging their core Software-as-a-Service (SaaS) product, PLATFORM3 to move from consumer loyalty to a first-of-its-kind and best-in-class solution for public cannabis companies and its shareholders. It’s blazing trails in the red-hot cannabis sector with technology that is useful to any company looking to increase awareness, educate investors, raise capital, and keep shareholders engaged while rewarding them for their loyalty.

flexxiNVEST is an investor rewards & loyalty portal designed to encourage investors to engage and interact with public companies. Investors can register to become members of flexxiNVEST to earn rewards for consuming content published by public companies such as press releases, investor presentations, research reports, newsletters, corporate videos and so forth.

Datable Technology Corp. (TSXV: DAC) (OTCQB: TTMZF) announces that on June 18, 2019, it signed a letter of intent with the Circadian Group to launch flexxiNVEST, a shareholder loyalty platform. flexxiNVEST enables public companies to establish ongoing digital engagement with shareholders and reward them for supporting the company while collecting valuable data and feedback.

“Many large-cap public companies have implemented shareholder loyalty programs.  We are excited to be launch partners for flexxiNVEST, a mobile digital platform to provide ongoing engagement with shareholders and investors,” said Ryan Troup, President of Circadian. “We are confident integrating Datable’s PLATFORM³ into The Cannabis Investor because it is a scalable, proven technology that has been battle tested by leading consumer brands, processing millions of purchases and consumer interactions.”

California is the crown jewel of the emerging American cannabis industry. Thanks to its 40+ million people, the Golden State is the largest cannabis market in the world. Despite this, companies are struggling to find success. This is thanks in no small part to the increasingly stringent regulations implemented by local legislatures statewide.

How to Protect Against The Cannabis Price Crash Coming to Canada

Canada is the pride and joy of the global cannabis industry, as well as its power pump and economic engine. However, Canada is not exempt from standard economic principles of balance and competition. So when we look at the impressive growth in the number of companies at all stages in the cannabis value chain, we have to weigh the company creation trend against real demand numbers of consumers.

Let’s take a look at some companies that have not painted themselves into a corner when it comes to the increasingly savvy and bargain-conscious Canadian cannabis consumer. Because of their mature approach to the market, these companies should comprise a portion of a well-diversified cannabis stock portfolio.

These 4 Cannabis Stocks Have Positioned Themselves to Thrive Despite a Potential Commodity Price Drop.

Two weeks ago we released an article ranking the top 20 gainers in the 1st half of 2019. Since then the cannabis sector has sunk deeper into correction territory and Canopy Growth’s (TSX: WEED) (NYSE: CGC)recent earnings added fuel to the sell-off. Canopy reported a net loss of roughly $670 million for fiscal 2019.

These companies are the exception as most have not fair nearly as well. If history is any indication investors should have capital set aside to go bargain hunting over the next couple of months. Most good companies will rally again once the market direction turns. Despite the current market correction, most well-known cannabis stocks are still up percentage wise year to date.

Now, let’s take a look at the stocks that have performed poorly this year in our top 20 decliners of 2019 list:

“The fourth quarter wraps up a historic year with major steps taken in Canada to build-out our national platform while scaling all of our processes to bring cannabis to market,” said Bruce Linton, Chairman and Co-CEO of Canopy Growth. 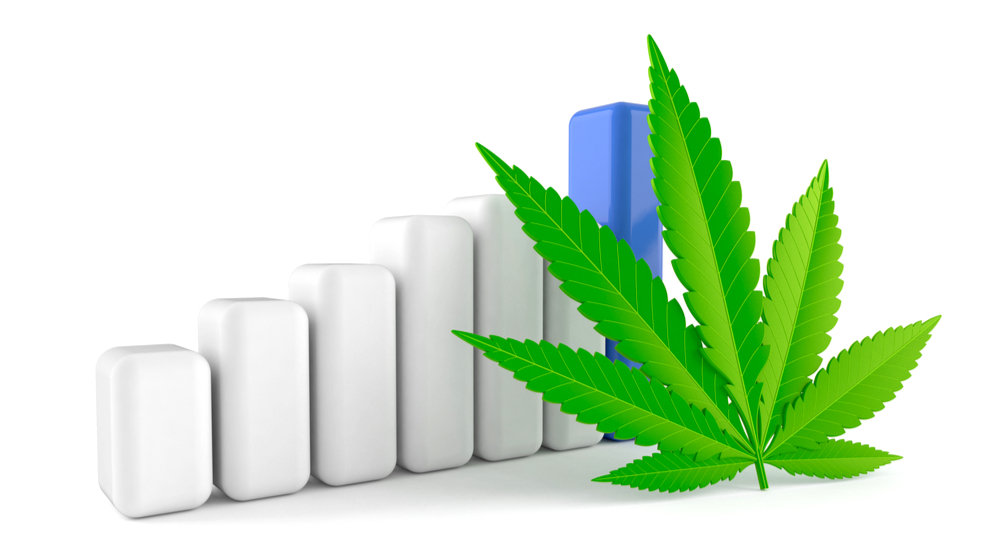 Canopy Growth (TSX: WEED) (NYSE: CGC) announced last night that the company has received the thumbs up from its shareholders in regards to their planned acquisition of Acreage Holdings (CSE: ACRG.U) (OTCQX: ACRGF). Canopy’s shareholders voted overwhelmingly in favour of the deal.

“On behalf of Canopy Growth, I thank the shareholders of both companies for their vote of confidence in this historic transaction,” said Bruce Linton, Chairman & Co-CEO, Canopy Growth.

CannTrust Holdings (TSX: TRST) (NYSE: CTST) made headlines this morning when the company announced its intentions to enter the U.S. market. CannTrust signed an LOI for access to over 3,000 acres of California farmland. The company plans to use this land for the production of hemp.

Because of the 2018 Farm Bill which saw hemp legalized in the United States, TSX and TSXV listed companies are permitted to own U.S. hemp assets. Companies such as Canopy Growth (TSX: WEED) (NYSE: CGC) were one of the first TSX listed entities to take full advantage of the new U.S. hemp legislation. That is exactly what we are seeing here with CannTrust.

Organigram Holdings (TSXV: OGI) (NASDAQ: OGI) announced this morning they have signed an exclusive agreement with the Feather Company, a leading vaporizer hardware, and technology company.

The deal gives Organigram, through its adult use brand Edison Cannabis the exclusive Canadian rights to Feather’s proprietary vaporizer pen technology and form factor. Once the new Health Canada edibles and extracts regulations kick in later this year Organigram will target the adult use market with the new disposable vaporizer pens and 5/10 thread cartridges.

Innovative Industrial Properties (NYSE: IIPR) the first and only real estate company on the New York Stock Exchange focused on the regulated U.S. cannabis industry, announced today that it closed on the acquisition of a property in Harrison, Michigan, which comprises approximately 45,000 square feet of industrial space.

“We are pleased to add EGP and its strong management team to our premier tenant roster,” said Paul Smithers, President and Chief Executive Officer of IIP. “EGP is well-positioned for success, with its depth of industry experience and expected large-scale vertical integration, and we look forward to supporting EGP through the redevelopment of the Harrison facility and the launch of its Pleasantrees retail locations throughout the state.”

Trulieve Cannabis Corp. (CSE: TRUL) (OTC: TCNNF), a leading and top-performing cannabis company in the United States, announced it is opening the doors of its 29thstorefront in Florida with a new dispensary in Orlando. The store, which is their second in the area, will offer natural relief to patients throughout the Central Florida area.

“We’re excited to expand our reach in the Central Florida area and further ensure consistent, safe, and reliable patient access. Opening a second store in a market like Orlando, where a large portion of patients are concentrated, was important to us as we work to ensure patients continue to have direct, safe access to the medication they rely on,” said Trulieve CEO Kim Rivers.