Canopy Growth (TSX: WEED) (NYSE: CGC) announced last night that the company has received the thumbs up from its shareholders in regards to their planned acquisition of Acreage Holdings (CSE: ACRG.U) (OTCQX: ACRGF). Canopy’s shareholders voted overwhelmingly in favour of the deal.

The company’s shareholders approved the issuance of common shares and amendments to Canopy warrants relating to the proposed acquisition. The shareholder resolution was approved by roughly 99.05% of the votes cast. Investors can view the voting results here.

The shareholders of Acreage Holdings also approved the deal at their own special meeting held at the same time as Canopy.

“On behalf of Canopy Growth, I thank the shareholders of both companies for their vote of confidence in this historic transaction,” said Bruce Linton, Chairman & Co-CEO, Canopy Growth. “Completion of the Transaction is intended to position us to efficiently and effectively enter the US cannabis market once federally permissible. Alongside our international market strategies and US Hemp strategy, we believe the acquisition of Acreage will be a key step in bolstering our position as a truly global company.”

Initial execution of the Canopy/Acreage deal is subject to the approval of the Supreme Court of British Columbia as well as other closing conditions. The transaction is expected to be implemented on or about June 27, 2019.

Full closing of this deal is still contingent on the United States officially lifting their long-standing Federal cannabis ban. Changes to the U.S. laws allowing for the general cultivation, distribution, and possession of cannabis is necessary for the acquisition to be officially completed.

Full details on the payment by Canopy to Acreage will be available in a press release to follow. 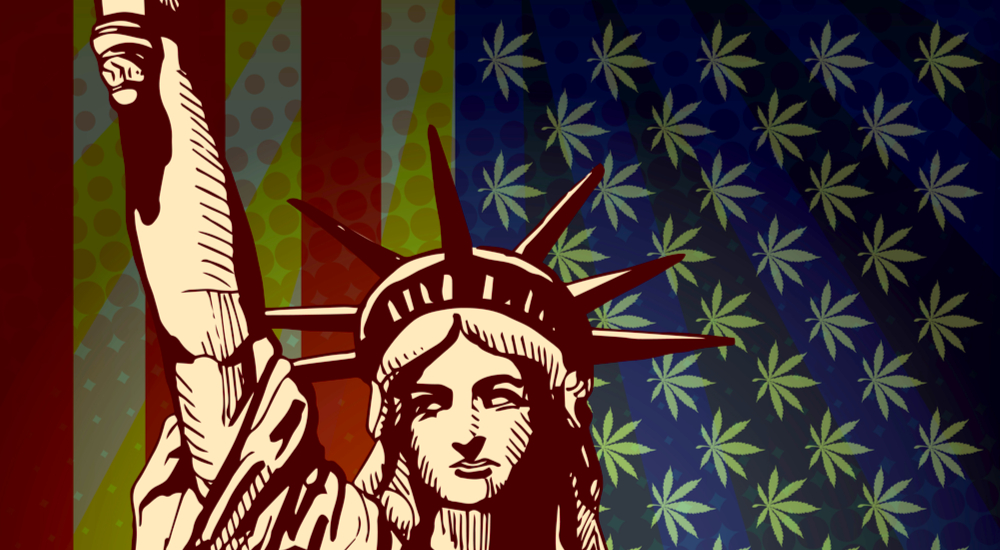 Investors looking for additional details on Canopy Growth’s planned acquisition of Acreage Holdings are encouraged to read the information here.

Canopy Growth (TSX: WEED) (NYSE: CGC) is a world-leading diversified cannabis, hemp, and cannabis device company, offering distinct brands and curated cannabis varieties in dried, oil and Softgel capsule forms, as well as medical devices through Canopy Growth’s subsidiary, Storz & Bickel GMbH & Co. KG. From product and process innovation to market execution, Canopy Growth is driven by a passion for leadership and a commitment to building a world-class cannabis company one product, site and country at a time. Canopy Growth has operations in over a dozen countries across five continents. 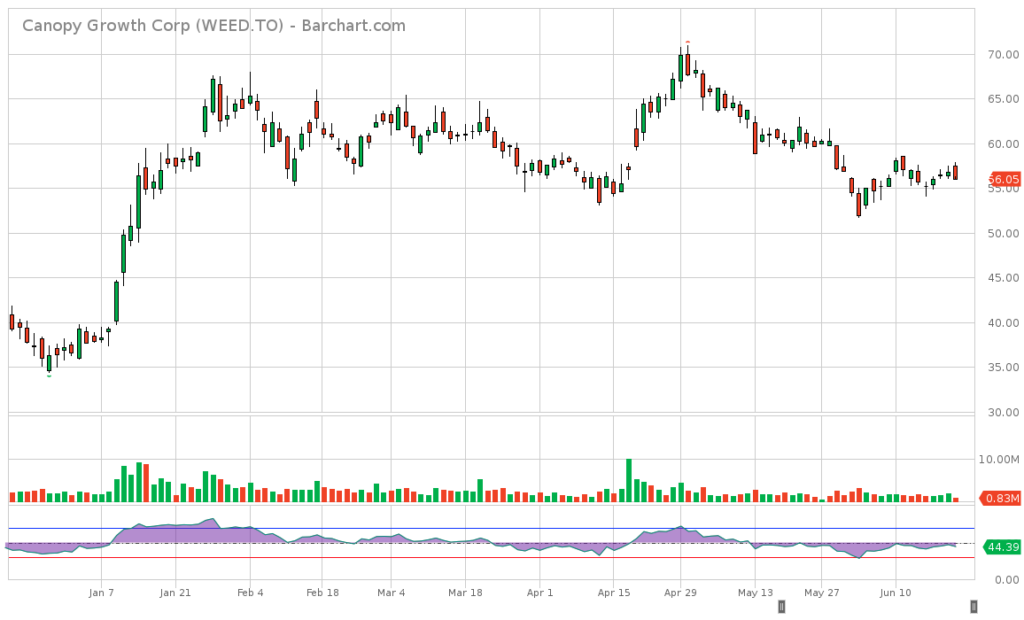 Technical Analysis for WEED by TradingView