Former Canopy Growth founder and Co-CEO Bruce Linton chimed in recently on the current position of the Canadian cannabis sector compared to the rapidly expanding United States market. Linton believes his home country is a risk of losing its first-mover advantage if the Canadian federal government and Canadian businesses don’t start making better use of the head start by cranking out the intellectual property (IP).

In other words, Canada needs to shit or get off the pot because the U.S. has been closing the gap at an accelerated rate. If Canada doesn’t ratchet things up a notch, Linton sees Canada having only a year to a year and a half until the U.S. catches them on total cannabis research and investment dollars.

Cannabis was one of the most discussed topics in Canada’s 2015 election which saw Justin Trudeau rise to power and soon after legalize adult-use cannabis nationwide. In 2019’s election, the topic of cannabis was noticeably absent from the conversation.

In a recent interview with BNN Bloomberg, Linton made the following statements on the situation:

“When you think about it, we just had an election and as far as I can tell nobody was opposed to cannabis but nobody was in favour of it, and I’m not saying that they should have been out there on the campaign trail saying, ‘We have better supply on our bus versus yours.’ They should have been saying that this sector created the most jobs of any sector in Canada over the last three or four years, more foreign direct investment. Canada has this great leadership position,” said Linton.

“This is the only segment that Canada has a leadership position on, hands down, in comparison to every other nation on the planet, and I’d like to have the feds step up and say that we’re going to have our trade commissioners push it, that we’re going to seek to have federal chairs at universities to actually turn this into the intellectual property that it should be. That didn’t happen and I’m hoping that when they resume, it does happen and somebody steps up and says we would be better for job creation and IP creation, and that, I think, will resonate with Canadians,” added Linton.

Linton was let go from his position as Chairman and Co-CEO of Canopy Growth in early July of this year. The former Canopy boss made his long await return to the cannabis sector in September but this time Linton is mostly focused on the U.S. opportunity.

Linton believes Canada still has the opportunity to maintain its place at the top of the mountain if the country would only “wake up and smell the bud.”

Despite all this, Linton is still bullish on the Canadian sector and believes there is still an opportunity for Canada to hold onto its place as global weed kingpin. 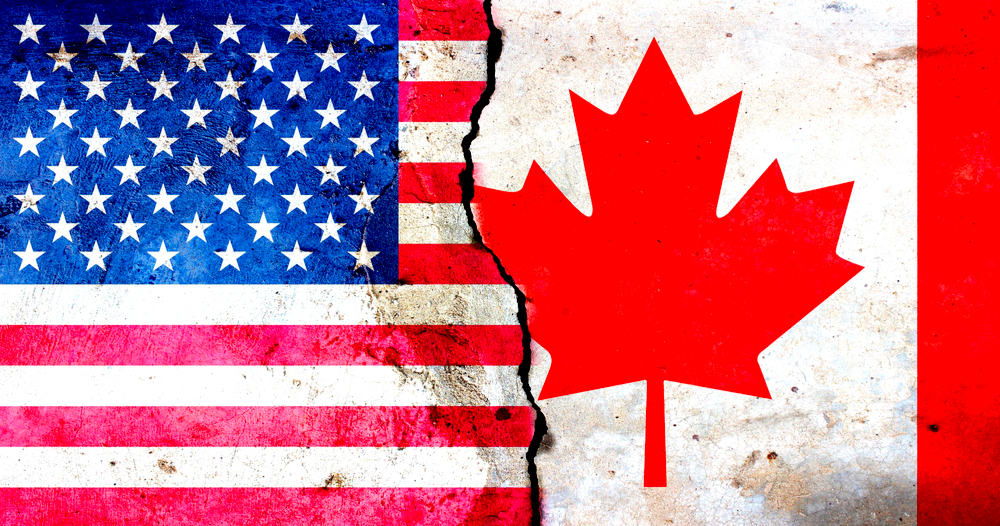 Linton claims that U.S. based cannabis companies don’t have the same international presence as its Canadian peers which gives Canada an edge in that regard. The cost of capital is another advantage Linton says Canadian companies currently hold over the U.S. players.

The United States’ market is catching up quickly on all fronts so its important Canada gets its act together soon before the script flips and they’re the ones trying to play catchup.

“We probably have another year of that, so Canada has about a year, maybe a year and a half to keep accelerating and creating the differentiated goods that people want. This is a pretty important time. This minority government has to say, ‘How can we make it so that we are creating a durable, generational transfer of value?’ I don’t think that it’s only making a pipeline. It’s cannabis and derivative products and the medical outcomes,” says Linton.

Even though Linton believes Canada still holds an edge in the race for global cannabis supremacy, the fact that he’s joined forces with and invested heavily in many U.S. based cannabis companies should tell you all you need to know about where he sees the most upside. At the end of the day, it’s about making money and it’s clear that Linton sees more value to be unlocked in America.

In the BNN Bloomberg video above, Linton is in Chicago attending the Benzinga Cannabis Capital Conference. Also in attendance was Red White & Bloom‘s CEO, Brad Rogers. The majority of discussions taking place at the Benzinga event revolved around the U.S. cannabis market with almost no one bringing up Canada.

This is another sign that the flow of money is headed south of the border. Adjust your portfolio accordingly.