Who Are You, Really? Psychedelics May Have the Answer - The Cannabis Investor

Who Are You, Really? Psychedelics May Have the Answer

Who are you? And why are you who you are? Psychedelics may help you not only answer these questions but also help you live your life with a revised set of improved personality traits.

Today, work on personality traits and psychedelics is being explored as an aspect of brain flexibility, specifically neural plasticity, which is at the core of psychedelics and their effect on mental health and wellness.

A study proved that psychedelics make structural and functional changes in cortical neurons, and neuroimaging studies have shown that personality traits are related to brain structure. For example, one study has shown that being extroverted is associated with the medial orbitofrontal cortex, which is related to processing reward information, and that being agreeable is associated with several gray matter regions, such as the superior temporal sulcus and posterior cingulate cortex, which are related to social information processing.

So, where does your personality come from?

Who you are, or what your personality becomes, is generally believed to be the same throughout your life as it was by the time you were 30.

Data from another study confirms that, if you are in your 50s, you are essentially the same person you were when you were in your 30s. According to the study, there may be subtle increases in rank-order consistency (a measure of personality traits that stay the same over time) between age 30 and age 50, especially for measures of assertiveness. But according to a six-year study, personality change after age 30 is the exception rather than the rule.

Other theories suggest that perhaps personality changes through a subset of personality-related genes switched on for several years and then switched off. But the recently discovered biological connection to personality still has a lot of unanswered questions.

A prevalent theory among researchers is that personality can be viewed as a system, called the five-factor theory that represents tendencies for an individual to exhibit five aspects of social behavior and emotional stimulus: neuroticism, extroversion, openness, agreeableness, and conscientiousness.

It’s a theory that has helped psychiatrists and psychoanalysts over the years, prompting one researcher to declare that the theory was like “a Christmas tree on which findings of stability, heritability, consensual validation, cross-cultural invariance, and predictive utility are hung like ornaments.”

Neuroticism reflects dimensions of negative emotions, which includes traits such as anxiety, vulnerability, and irritability. Extroversion is linked to the tendency to experience positive emotions and includes traits such as assertiveness, sociability, and talkativeness. Openness appears to reflect a preference for novelty and flexibility, which may be captured as intellectual curiosity and interests. Agreeableness tends to indicate the collection of traits related to altruism, including helpful, sympathetic, and cooperative people. And conscientiousness includes such traits as impulsivity, orderliness, and self-discipline.

But researchers hypothesize that significant life events can change the nature of personality, sometimes dramatically. For example, personality changes have been associated with divorce, remarriage, and career success or failures.

As more research into the biological aspect of personality is being done, psychedelics are emerging as a possible personality change agent. 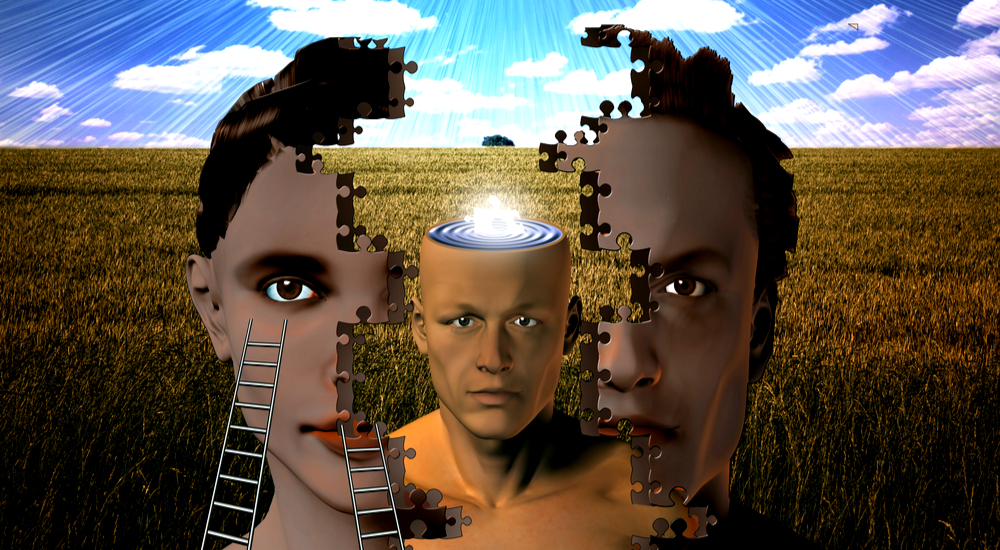 Early trials with hallucinogens in the 1960s demonstrated that 50% – 80% of participants claimed lasting beneficial changes in personality, values, attitudes and behavior. Some of the most frequent subjective reports about psychedelics in trials included a greater appreciation of music, art and nature, greater tolerance of others.

Openness could have a genetic component, as demonstrated in another study of identical twins.

Openness is a more positive personality factor that also includes a relatively broad range of intercorrelated traits covering aesthetic appreciation and sensitivity, fantasy and imagination, awareness of feelings in self and others, and intellectual engagement, according to a Johns Hopkins study about openness and treatment with psilocybin.

Matthew Johnson, professor of psychiatry and behavioral science at Johns Hopkins, reporting on the study about openness and psilocybin at the Interdisciplinary Conference on Psychedelic Research in late September, said the increase of personality openness they found refers to tolerance to other people’s points of view. “It’s about having a ‘both-and’ rather than an ‘either-or’ framework,” he said. “This is the first time that any acute lab intervention has caused a personality change in terms of openness. It was not just the psilocybin or the strength of it that drove the effect. It was whether the individual had a complete mystical experience.”

Exploring the depths of openness in personality, which is what psilocybin can offer, could be a sort of missing link in a more comprehensive understanding of personality in general. “In participants who had mystical experiences during their psilocybin session, openness remained significantly higher than baseline more than one year after the session,” Johnson’s study reported. “The findings suggest a specific role for psilocybin and mystical-type experiences in adult personality change.”

Researchers also speculated that it is possible that multiple psilocybin treatment sessions would cause changes in one or more of the other five personality factors besides openness.

But not all research on psychedelics reveals effects on personality. For example, a Johns Hopkins study in 2006 found that psilocybin created mystical experiences that were evaluated by volunteers as having substantial and sustained personal meaning and spiritual significance. But the treatment did not affect any of the five personality factors.

Whatever the current research finds, most researchers in the area of personality and psychedelics agree that, although there is still much to learn about how psilocybin affects personality, the findings of increases in openness have created an intriguing way forward for future research into the biological and psychological mechanisms of psilocybin treatment and trait psychology.