Meanwhile, the patient continues to struggle with issues of everyday living—including trying to find solutions to problems facing them in their chosen occupation—which can be dimmed or dulled from prescribed pharmaceuticals.

But some patients suffering from mental health issues are finding a sort of breakthrough short-cut with psychedelics that gives them a more complete healing. And for some, it becomes a lasting fix that opens their minds to a different way of thinking going forward.

These moments that people working with psychedelics experience—sometimes called “aha” moments because of the profound new understandings they create, often as a result of mystical journeys—come about because of a transition to a different (and hopefully, higher) form of consciousness that doesn’t happen with traditional psychiatry.

It is here where psychedelics and mental health come together.

Researchers theorized that it’s this higher form of consciousness that really produces the “aha” moment—and now they say there is scientific evidence to support that hypothesis.

In a study led by the University of Sussex, neuroscientists observed a sustained increase in neural signal diversity (a measure of the complexity of brain activity) of people under the influence of psychedelic drugs, compared with when they were in a normal waking state.

This is the first study to show brain-signal diversity that is higher than baseline, or that is higher than in someone who is simply “awake and aware.” Previous studies have tended to focus on lowered states of consciousness, such as sleep, anesthesia, or the so-called “vegetative state.”

Anil Seth, co-director of the Sackler Centre for Consciousness Science at the University of Sussex who led the study, said that the finding shows that the brain-on-psychedelics behaves very differently from normal. “We found correlations between the intensity of the psychedelic experience, as reported by volunteers, and changes in signal diversity. This suggests that our measure has close links not only to global brain changes induced by the drugs but to those aspects of brain dynamics that underlie specific aspects of conscious experience.”

Scientists in the study used brain imaging technology to measure the tiny magnetic fields produced in the brain and found that, across all three psychedelic drugs—Psilocybin, Ketamine and LSD—this measure of conscious level (the neural signal diversity) was reliably higher.

Dr. Suresh Muthukumaraswamy, associate professor at the University of Auckland, New Zealand, who was involved in the initial studies of all three drugs in the study, commented: “That similar changes in signal diversity were found for all three drugs, despite their quite different pharmacology, is both very striking and also reassuring that the results are robust and repeatable.”

Seth added: “In the longer term, our findings will help improve our understanding of how the brain generates conscious experiences in the normal, non-psychedelic condition, and it may also help the rapidly growing research into the potential clinical benefits of these compounds in psychiatry.”

Another study found there is also evidence that the psychedelic state might be associated with an increase in the amount of sensory content that can enter consciousness at any given time. The study concluded that there is “consistent and compelling support” for the claim that psychedelic drugs may increase the “bandwidth” of perceptual experience or an increase in the “intensity and volume of sensory information experienced at any given time.”

The “aha moment” is not completely unexpected by psychedelics research subjects in these sorts of studies—they are coached to expect a mind-altering experience—but it can be very different in intensity, and it does carry with it a more profound and far-reaching effect on their lives that is surprising to some. 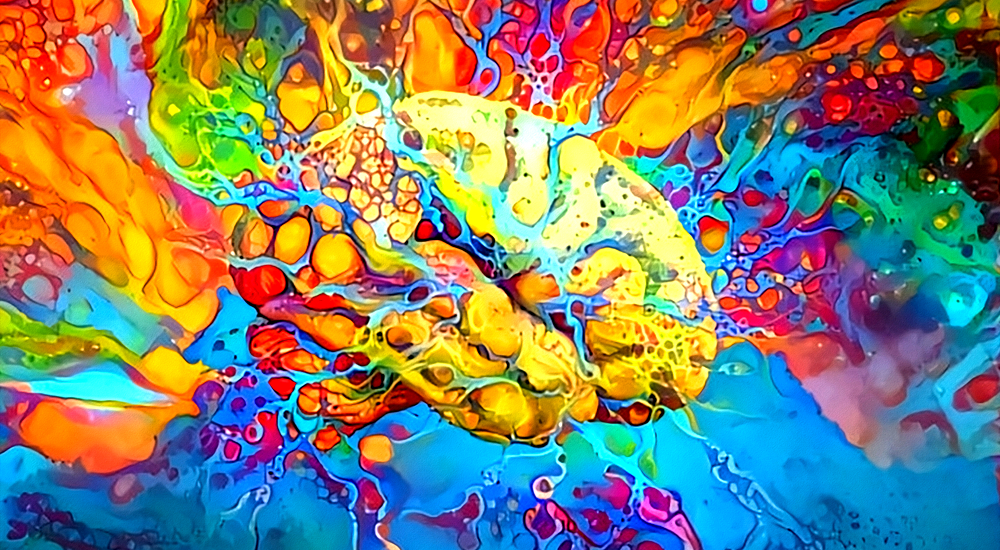 For example, research with psilocybin produced acute perceptual and subjective effects, including mystical-type experience for 72% of volunteers. One month after sessions, volunteers rated the psilocybin experience as having substantial personal and spiritual significance and attributed to the experience sustained positive changes in attitudes, mood, and behavior even as far out as 14 months after the experiment.

Still, researchers caution, these moments are personal and unique to everyone. It’s not just the altering of the brain chemistry of the people taking psychedelics that gets them to a moment of clarification. It’s also cultural, according to Anthropologists Greg Downey, as quoted in an NPR report:

“Across cultures, intoxicants of all sorts have quite different effects: even alcohol has no uniform effect. Although the chemical may have a specific effect—such as emotional disinhibition or visions—the effect in the brain does not necessarily produce the same emotional or perceptual effect. Hallucinogens may make us prone to have visions, but they do not determine entirely what sort of visions they will be, or whether they will be a profound and life-changing event or a temporary intoxication.”

Another study from 1966 at the International Foundation for Advanced Study (IFAS) in Menlo Park, California, discussed an experiment where subjects were given 200 milligrams of Mescaline. These were engineers and mathematicians, architects and artists, most of whom had no prior psychedelic experience. It was found that psychedelics can create breakthrough moments—essentially “aha” moments that can become practically applied.

These breakthroughs included developments of new mathematical theorems, a new conceptual model for the photon, and designs for many buildings, tools, products, and experiments. One architect in the study claimed to have walked around in the building he was going to design in his mind before sketching out the plans after the experience.

Researchers in the study reported that their findings based on tests of creativity, on subjective reports and self-ratings, and on the utility of problem solutions suggested that “psychedelic agents seem to facilitate creative problem-solving, particularly in the illumination phase.”

The results also suggest that various degrees of increased creative ability may continue for at least some weeks subsequent to a psychedelic problem-solving session.

A discussion of this study by the Multidisciplinary Association for Psychedelic Studies-Canada (MAPS) affirmed that psychedelics could provide a kind of interface between the conscious and unconscious, allowing these “aha” moments to be more easily induced, rather than waiting for them to randomly occur.

“The effects of psychedelics on creativity and problem-solving ability is especially intriguing as a breakthrough in our understanding here could lead to a sort of ‘discovery engine,’ fueling advances and dismantling roadblocks in wide-ranging fields and disciplines.”

There is still more to discover about how psychedelics affect boundless creative thinking. Feelings of insight and altered meaning are reported with enough consistency after psychedelic administration to be included in most self-report questionnaires developed to measure the effects of psychedelics, according to Matthew Baggott, the director of data science and engineering at Genentech.

For example, the Altered States of Consciousness Questionnaire (APZ-OAV) includes items such as “things around me had new, strange meanings” and “I gained insights into things that were puzzling to me before.”

The Linton-Langs Questionnaire asks, “have you felt that certain things were especially clear to you or that you understood them better?” and “have you seen new connections between certain events or experiences that you hadn’t seen before?”

“After all,” Seth wrote in a blog about the Sussex study, “everything we experience—even when stone-cold sober—is just a kind of ‘controlled hallucination.’ Our perceptions are just the brain’s ‘best guess’ of what’s going on, reined in by sensory signals. It’s just that most of the time, we agree with each other about our hallucinations and call them reality.”