How Trump's New Budget Proposal Could Hurt the Cannabis Industry

The annual budget is a chance for each president and his team to express their priorities for the United States in measurable, comparable financial terms. For the businessman president, releasing what amounts to the national business plan every year is a big deal. The newly released Trump budget proposal makes it very clear that the new year will bring no new steps towards lifting the long-standing federal cannabis ban. Even worse, Trump’s fiscal 2021 budget proposal looks to be targeting marijuana states’ rights by seeking to end an existing policy that protects state-legal medical cannabis programs from interference by the Department of Justice (DOJ) as well as an additional provision that would continue blocking Washington D.C. from legalizing adult-use cannabis. Trump is doubling-down on a promise in December 2019 that said he did not have to obey the “look the other way” rider attached to the appropriations bill.

There are also millions of dollars recommended for helping the FDA stay on its toes and up to date with the regulation of cannabis-derived substances, in both human and animal products. The budget also gets behind industrial hemp with $17 million for rope even as the government goes after dope. As has been the case for years now in the U.S., there is tension between the stodgy federal stance against normalizing cannabis in the legal markets and local jurisdictions that bring economic development and a smart enforcement approach into their thinking. Governors of the following states have different conditions, justification, and expectations that they bring to their cannabis plans. Here’s what they’re doing to step up the push for legalization in their states. 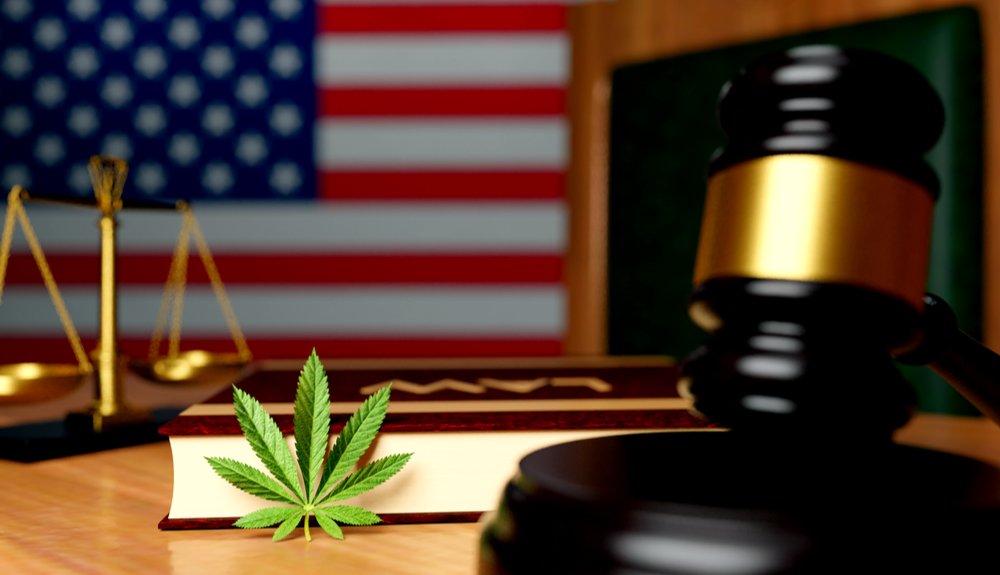 Governors know how to bake cannabis into their plans, just like Trump. In the case of Illinois, which legalized cannabis at the beginning of 2020, governor J.B. Pritzker sees cannabis as a tax dollar magnet drawing revenue from residents of surrounding states where it is illegal. Approximately $40 million in legal adult-use cannabis sales rang registers across Illinois in the first month of sales, and asymmetry with neighbouring states is an advantage Illinois should play while it lasts. Companies like  Green Thumb Industries (CSE: GTII) (OTCQX: GTBIF) (FRA: R9U2), Cresco Labs (CSE: CL) (OTCQX: CRLBF) (FRA: 6CQ), Curaleaf Holdings (CSE: CURA) (OTCQX: CURLF) and Red White & Bloom (RWB) are staking out an early claim on the newly legalized Illinois recreational marijuana market.

Colorado is known for becoming the first U.S. state to legalize recreational cannabis in 2014 and has since become a national leader in industrial hemp production. The state will almost certainly benefit from more federal resources behind the non-psychoactive plant. Yet, when it comes to medicinal and recreational cannabis, Democratic Governor Jared Polis is opposed to federal meddling in his state’s legal cannabis economy. A former Congressman, Polis has also integrated cannabis into a sort of “vice joint venture” between beer and marijuana companies that will improve energy efficiency by literally intertwining the two industries by making carbon exhaust from brewing an energy input for cannabis cultivation. All signs point to cannabis being entrenched in Colorado for the long run.

Like Pritzker, Andrew Cuomo is a governor who sees a heavy element of justice in his state’s evolving policy toward cannabis. He has pointed directly to racial imbalances in the enforcement of marijuana laws–in 2019 the New York Times found that in Manhattan African Americans were arrested at 15 times the rate of white people for low-level marijuana offences. Pritzker pardoned more than 11,000 people with pot convictions, and Cuomo wants to legalize locally and coordinate more with neighbouring states on enforcement, which may ease anxieties about moving around the patchwork northeast, with its many different laws lying just along 1-95.

Republican Phil Scott seems to be more enthusiastic about cannabis these days than he was in 2018 when he signed off on the legalization of low-level possession and home growing. Legal sales may be in the offing if Scott can be brought around by legislators who recognize the economic stimulation and tax revenue retail marijuana sales will spur. Lawmakers are preparing to vote soon on a final round of measures ensuring legalization, and if Scott can be confident in safety measures included in the laws (and that some of his pet projects will be funded with proceeds), he seems set to sign. Vermont’s Senator Bernie Sanders is also a huge proponent of legal cannabis which the 2020 Democratic presidential hopeful recently made clear after he announced his plan to legalize cannabis federally on his first day in office if elected as the 46th President of the United States. Recently, lawmakers in Vermont have set their sights on a different type of reform putting forth a new bill that would remove psychedelics such as psilocybin, ayahuasca and peyote from the state’s list of controlled substances.

Disclosure: The Cannabis Investor holds a position in Red White & Bloom. TCI does not hold a position in any of the other stocks mentioned in this article.