Today’s latest blow from Health Canada only adds to the long list of issues the once-great Canadian licensed producer (LP) now faces. In early July of this year, CannTrust was initially informed by Health Canada of its failed compliance report at its Pelham, Ontario facility which stemmed from the company’s growing of cannabis in unlicensed greenhouse rooms.

To make matters worse for CannTrust, soon after the scandal first broke, The Globe and Mail leaked email correspondence between the company’s top executives proving the now-former CEO and Chairman were complicit in the unlicensed growing scheme. A former CannTrust employee blew the whistle on the company and notified Health Canada of the illegal activities taking place in Pelham and provided the emails to back it up. He urged Health Canada to take action, which they ultimately did. A special committee was formed and within days it forced the resignation of Chairman Eric Paul and fired CEO Peter Aceto.

The story then took a dark turn when The Globe and Mail again reported on certain company executives and their shady trading records. The Globe reported that former Chair Eric Paul sold off nearly $6 million in TRST stock soon after he became aware of the glaring problems his company would soon publically face. According to the Canadian System for Electronic Disclosure for Insiders (SEDI) trading reports, a holding company owned by Eric Paul and company director Mark Litwin dumped nearly $1 million worth of TRST shares on the very same day Paul received intel on the Health Canada violations. Cannamed Financial Corp. is the name of the holding company controlled by Paul and Litwin. Cannamed offloaded another $5 million in TRST stock over the next month. Trading by company insiders in its own securities is fine when it is done properly. It is not ok when these trades are made while in possession of negative information that has not been made public yet. Isn’t this the definition of insider trading?

Unfortunately for CannTrust, their saga doesn’t stop here. In addition to the mounting pile of class-action lawsuits against the company, the story seems to actually be gaining steam as a laundry list of new issues have begun to surface. The Ontario Securities Commission (OSC) officially initiated a probe into CannTrust which was announced at the beginning of August. The investigation is being conducted under the OSC’s direction and will involve the Joint Serious Offences Team, the RCMP’s Financial Crime Program and the Ontario Provincial Police Anti-Rackets Branch.

Sadly, the OSC could be the least of CannTrust’s worries. As we mentioned in a previous article, CannTrust’s New York Stock Exchange (NYSE) listing helped catapult the company into the upper-echelon of the industry and gave them access to vast pools of new investor capital. The prestigious NYSE listing also exposed the company to the rules and regulations of the United States financial system which is overseen by the daunting Securities and Exchange Commission (SEC). Around the same time that CannTrust was immersed in its unlicensed growing conspiracy, the company uplisted its shares to the NYSE under the ticker symbol CTST. Soon after, in May of this year, through a syndicate of U.S. and Canadian investment banks, CannTrust sold nearly $200 million USD of company stock. As part of this capital raise, Eric Paul and Mark Litwin sold almost $35 million USD through their investment vehicle Cannamed Financial. This deal, in addition to the potential insider trading by Cannamed and its directors, could be enough on its own to force the SEC to get involved. 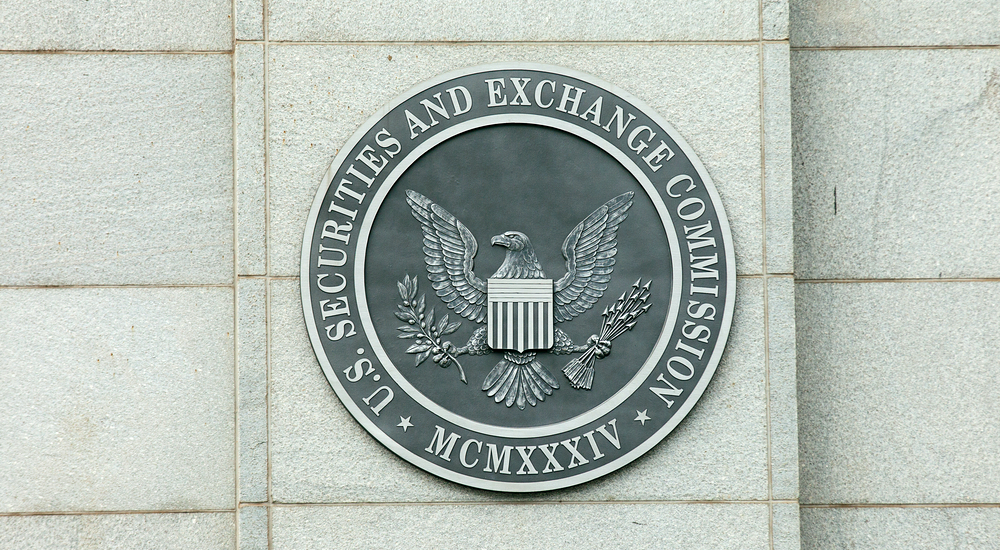 Normally in circumstances like these where U.S. investors have clearly and unfairly taken substantial losses, the SEC would remain on the sidelines if the non-U.S. public company’s home listing was solely in Canada and not listed on a major U.S. exchange. Obviously, that is not the case here due to CannTrust’s decision to uplist and take on the added regulatory risks associated with it. As of this point, the SEC has not commented publically on CannTrust but legal experts on the matter have.

“Everyone wants to run to the U.S., but we do warn companies, ‘They don’t mess around in the U.S., the [Securities and Exchange Commission] Enforcement division there is very serious and very robust, and when you list in the U.S., you agree to jurisdiction in the U.S.’” stated Cheryl V. Reicin, partner at Toronto and New York based Torys LLP.

“The approach of the SEC traditionally is much more aggressive. I mean, people go to jail. Remember Martha Stewart? She went to jail for much less than what’s being alleged here,” added Reicin.

CannTrust’s NYSE listing also opened the door for U.S. class-action lawsuits to come flooding in. Over the past month or so, CannTrust’s newsfeed has begun to fill up with headlines announcing multiple suits filed by U.S. and Canadian law firms. On the Canadian side, the esteemed firm of Strosberg Sasso Sutts LLP has announced a class-action lawsuit against CannTrust and are seeking damages of $250 million for Canadian shareholders harmed by CannTrust’s Toronto Stock Exchange-listed shares. In the United States, Pomerantz LLP and Robbins Geller Rudman and Dowd LLP are the two most recognizable names popping up on CannTrust’s overflowing newsfeed. According to Institutional Shareholder Services, the two U.S. firms had the most class-action settlements involving financial securities in 2018.

“Absent the New York listing, it’s unlikely they would have been pursued in the U.S. in the way they’re being pursued now,” said Michael Robb, of Toronto based law firm Siskinds LLP. Mr. Robb specializes in class-action lawsuits.

The deciding factor on whether or not the SEC gets involved could be influenced by CannTrust’s high daily trading volume. On average, CannTrust’s shares trade around 3.5 million shares per day in Canada and 5.5 million in the United States. Since the Health Canada story first broke on July 8th, shares of CannTrust’s stock have nearly tripled in trading volume. NYSE listed CTST has traded as much as 16 million shares in a single day while TSX listed TRST has traded north of 10 million.

“I think the OSC and the SEC will probably have to figure out how they’re going to work together on this. I would say the OSC probably wants to take a leading role because it’s a Canadian company … they were primarily responsible for reviewing the disclosure. Then again, the SEC is still new to cannabis, so I suppose they’re going be very interested because they want to know what happened here and how do they make sure it doesn’t happen going forward,” speculated Ms. Reicin.

After skyrocketing as much as 52% yesterday, shares of TRST came crashing down today as investors quickly reacted to this morning’s adverse news. TRST stock gave back most of yesterday’s gains and closed trading today at $3.04 per share, down 27.79% on the day.