Just When You Thought CannTrust’s Situation Couldn’t Get Worse, The Story Takes Another Unfortunate Turn

In a story that The Globe and Mail broke yesterday, new damning evidence has surfaced that indicates CannTrust’s (TSX: TRST) (NYSE: CTST) current CEO and Chairman were aware of the cannabis growing in unlicensed rooms and may have even counselled staff on how to respond to Health Canada regulators.

Leaked internal emails show that CannTrust CEO Peter Aceto and Chairman Eric Paul were made aware of the clear Health Canada violations that were taking place in the company’s unlicensed rooms at its Pelham, Ontario greenhouse.

The emails seen by The Globe and Mail apparently show clear evidence of not only CannTrust management’s knowledge but also that they were complicit in the now infamous Health Canada scandal. The emails prove that Aceto and Paul were made aware of the situation seven months prior.

We have not been able to obtain actual copies of the emails, and it looks as if no other media outlet has either. The details below are based on The Globe & Mail’s first-hand account after viewing them. We expect these emails to eventually end up online in the near future and will make them available to our readers immediately.

One of these emails, date November 16, 2018, details a conversation between CannTrust’s Director of Quality & Compliance, Graham Lee, and CEO Peter Aceto. Lee wrote the email to inform Aceto and other top executives that the company’s Health Canada inspection had just been completed. Lee boasted that the regulators did not find the company’s dirty secret growing in the unlicensed rooms.

“We dodged some bullets,” exclaimed Lee. “[Health Canada] did not ask about RG8E/W, which are unlicensed rooms currently full of plants.”

Lee went on to further state, “Although serious, on their own, each of these can be talked through with [Health Canada]. The concern is that together they will paint a picture with the regulator of a company not in control. We have dodged observations for items 1 and 6 despite having HC in the building.”

Later that same day, the email was forwarded to company Chairman Eric Paul. Paul responded by saying, “We need to clearly point out that we have been diligent in submitting the applications for each new area and they have been slow in responding. We are supporting the legislation and we need their cooperation. Politely as always.” 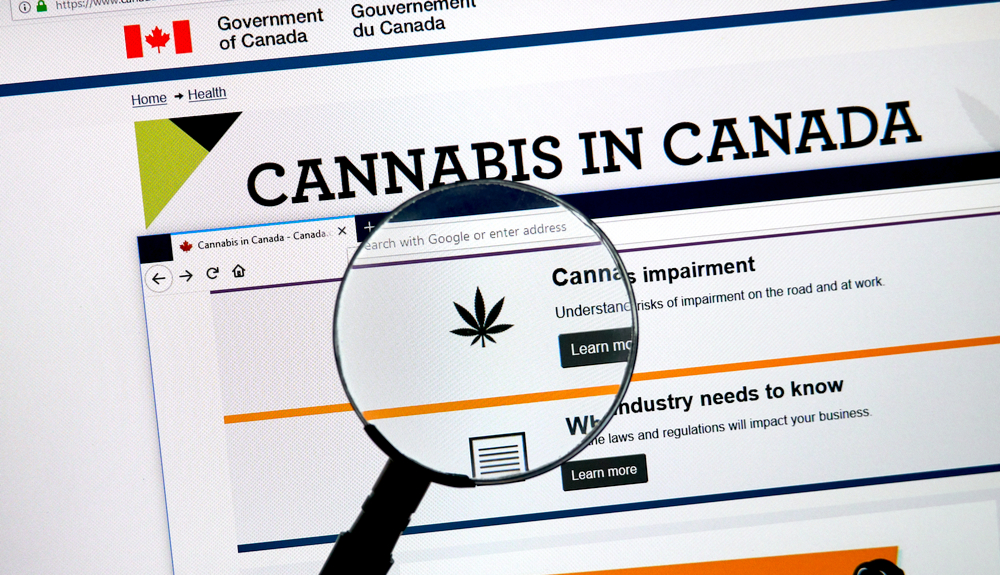 The news of the leaked emails has forced CannTrust to make an official statement addressing the matter. Robert Marcovitch, the head of the newly formed special committee released the following statement:

“The Independent Special Committee of the Board of Directors of CannTrust is in the final stages of a thorough investigation of these matters as part of our due diligence requirements. We expect to conclude this investigation within days and will take all appropriate actions immediately thereafter,” – Robert Marcovitch.

Marcovitch clearly danced around the question, his statement did not address the emails in the slightest.

Although the November 2018 Health Canada inspection wasn’t able to find the malfeasance at the time, the inspection did uncover a handful of other regulatory infractions. According to Lee, these included, poor paperwork, missing personnel and an incorrect protocol for releasing batches of cannabis.

“The fallout from this inspection will be major observations, and possibly a ‘critical’ one. I am not ruling out a censure letter of some sort. That said, in the past I have had success explaining away these types of observations to HC, and they have dialed down the rhetoric. Practically, this may lead to increased inspections and more scrutiny, but hopefully will have no other immediate material affect,” said Lee.

Lee added, “That said, if that’s all that happens, we got very lucky here. There are several points of exposure in our business we need to consider. I would not be surprised if HC visits Vaughan in the near future and that could compound HC’s concerns.”

According to Lee, CannTrust was also sorting cannabis in unlicensed rooms at their Vaughn facility. If true, this statement could open up a whole new can of worms.

“We have a large number of lost bottles we have not reported. I suspect due to bad counting rather than diversion [into the black market]. I will continue working to eliminate our exposure on all these items, but they remain a liability. Please advise of any actions you would like me to take.,” explained Lee.

The official Health Canada investigation of CannTrust has been underway since they received the tip from company whistle-blower Nick Lalonde midway through June. The HC investigation may end up being the least of the company’s worries as it seems an avalanche of legal problems could be headed CannTrust’s way.

As expected, it did not take long for the ambulance-chasing attorneys to jump on the “Let’s sue CannTrust” bandwagon. Pull up the TRST newsfeed on any major financial site and you will see what we mean. There is no doubt that the Ontario Securities Commission (OSC) will be conducting an in-depth review of CannTrust as the investor complaints and class-action lawsuits continue to pile up.

These new emails could be the ‘death blow’ for CannTrust as there is now proof that the company’s management was aware of illegal activities taking place under their watch that directly put its investors at financial risk by not disclosing it to the market.

In light of this evidence, a larger and more daunting examination could be lurking in the shadows. Because CannTrust has its shares listed in the United States on the New York Stock Exchange (NYSE: CTST), it is highly plausible that the United States Securities and Exchange Commission (SEC) will be taking a close look at the company soon. CannTrust’s NYSE ‘CTST’ listing could also be in jeopardy if there is enough incriminating evidence for the exchange to delist the company’s shares.

As the bad news continues to stack up for CannTrust, the company’s stock has expectedly been under serious pressure in the market. Shares of TRST closed trading today down a staggering 21.87%, at $2.68 per share. That is a huge drop when you consider how far the stock has fallen since the scandal first broke. As of today’s close, shares of TRST are down nearly 60% since the company’s July 8, 2019, Health Canada announcement. 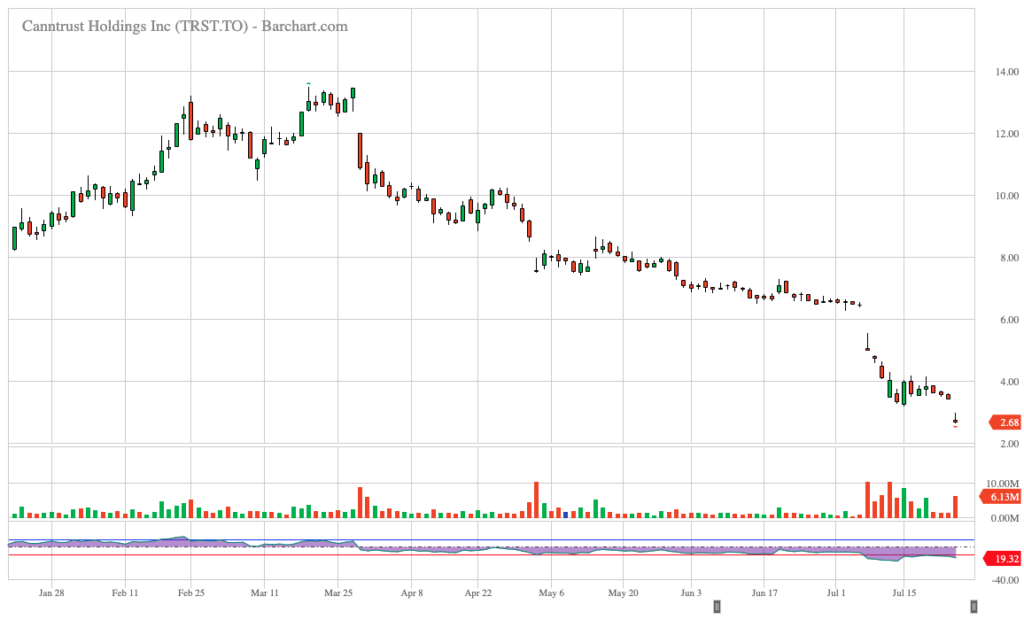 The CannTrust saga seems to be gaining momentum as additional adverse details emerge. We’ll continue following the story and update our readers on any new developments that surface.