Cam Battley Will Join MedReleaf Australia’s Board of Directors

What started as a rumour following a leaked internal email was confirmed yesterday with Battley officially stepping down effective December 20, 2019, a day before Aurora issued the PR. Battley has been with Aurora since 2016 having served the company under multiple senior executive roles before being named as Aurora’s CCO in 2018.

Most cannabis investors recognize Cam Battley from the countless media interviews he did over the years touting Aurora and its lofty expectations. The well-spoken and mild-mannered Battley was arguably the face of the company in addition to being Aurora’s biggest promoter. Battley was even promoting Aurora and its new Cannabis 2.0 products up until the very end as seen in his December 19th Twitter posts.

From my colleague, the incomparable @DrShaneMorris. 2.0 products begin selling in first markets. https://t.co/hRud2vXQCI

No reason was given for Battley’s resignation and the former ACB CCO didn’t provide a customary farewell quote. Terry Booth, Aurora’s CEO did, however, provide the following statement:

“Our roots run deep, and Cam has been an integral part of the development, growth and expansion of Aurora. We are grateful for Cam’s leadership and passion over his many years with Aurora. I am sure Cam will be successful as he moves on to tackle Australia.”

According to the press release, Battley has been appointed to the board of MedReleaf Australia, a company in which Aurora owns a 10% stake in as well as 50% of the voting rights. 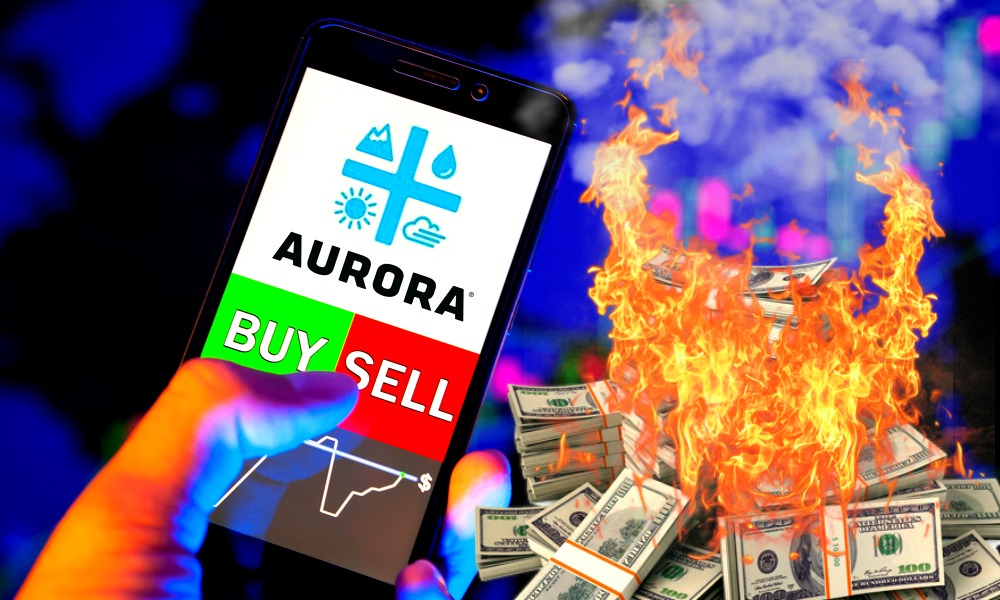 Jumping Ship Before the Inevitable Capsize?

Aurora’s ship has been sinking for most of 2019 and with roughly only six months of cash left, Battley’s resignation could foreshadow an apocalyptic start to 2020 for the once-great Canadian licensed producer (LP). Aurora’s stock is down approximately 56% year to date (YTD) making it one of the worse performing stocks of its peer group.

Following Aurora’s weak Q1 earnings, many expect the company’s Q2 earnings to be even worse as it could feature some very large write-downs. Aurora’s cash reserves are running low so they’ll need to raise money in the next six months if they want to keep the lights on. Canada is currently going through a capital crunch making the situation more difficult for Aurora, not to mention ACB’s effectively maxed out share count of over a billion shares outstanding.

All factors considered, if something drastic doesn’t happen soon, Aurora Cannabis could be headed for bankruptcy. The question investors should be asking, what did Cam Battley know that caused him to bail on Aurora at this stage of the game?

It’s highly likely that from his vantage point, Battley saw the writing on the wall and there was nothing he could do to stop the Aurora ship from sinking.

ACB stock reached an all-time high of $16.24 during the lead up to Canada’s legalization of recreational cannabis on October 17, 2018. Since then, the company has failed to live up to investor’s expectations as the focus shifted from rapid expansion to an increased emphasis on profitability. From its record high, ACB stock has lost over 80% of its value in a little over a year since adult-use cannabis was legalized in Canada. 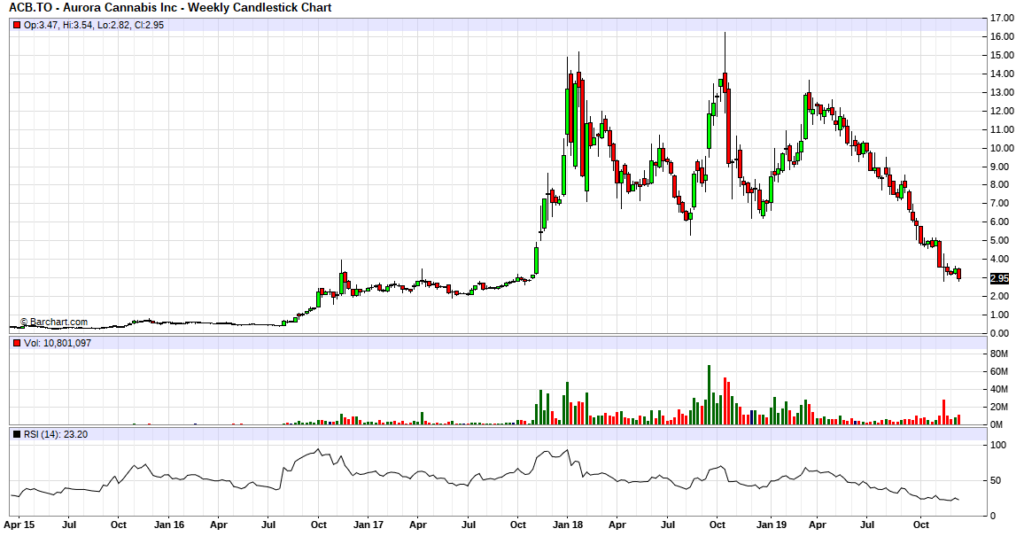