On Friday, U.S. President Donald Trump signed into law a new large-scale spending package allowing the United States government to avoid another shutdown before the Christmas holidays. Trump signed the $1.4 trillion funding bill from the comfort of Air Force One as he headed to his Mar-a-Lago resort in Florida, where the President and his family will be spending the holidays.

You may be asking yourself, what does this have to do with cannabis?

The reason this news story is relevant to the cannabis investing community has to do with Trump’s statement attached to the bill regarding the protection of medical cannabis state laws.

In a signing statement, President Trump wrote the following: “Division B, section 531 of the Act provides that the Department of Justice may not use any funds made available under this Act to prevent implementation of medical marijuana laws by various States and territories. My Administration will treat this provision consistent with the President’s constitutional responsibility to faithfully execute the laws of the United States.”

Effectively, what Trump is saying here is that he reserves the right to ignore Division B, section 531 of the congressionally approved legislation that’s purpose is to protect states with legal medical cannabis from interference by the federal government.

Trump’s statement on the medical cannabis provision doesn’t in any way state that he intends to disregard the wish of the United States Congress to prevent the U.S. Department of Justice (DOJ) from being able to prosecute state-legal medical marijuana growers, sellers or patients. However, the President made it clear that his administration believes they still retain the authority to enforce the wildly outdated federal drug law which still lists cannabis as a schedule one narcotic. 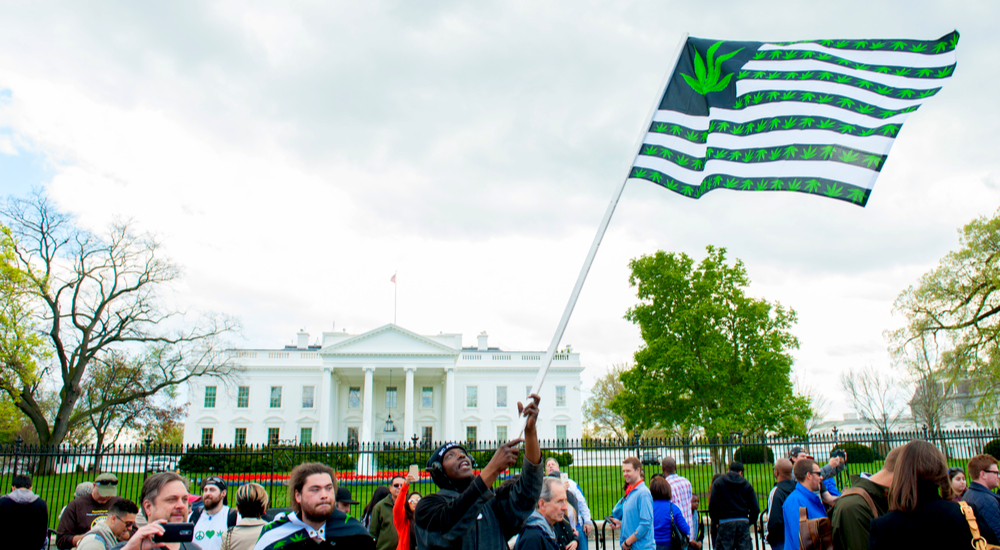 It is said that signing statements such as this one by President Trump, are normally done to flag certain provisions of laws being executed which could interfere with the President’s executive authorities.

Trump has issued similar statements in the past when the issue of medical cannabis states rights have come up. So far, the Trump administration has not attempted to interfere with any state-legal medical marijuana programs and it will likely stay that way.

During his 2016 Presidential campaign, Trump pledged that he would “respect the right of states to enact their own cannabis laws without federal interference.” We don’t see him flip-flopping on the issue now.

With the 2020 election right around the corner, it’s highly unlikely that the Trump administration will actually attempt to enforce federal cannabis laws as it would be a very unpopular move by the incumbent President.

Cannabis investors should not worry about Trump’s statement because the odds are, nothing will come of it.