Word on the Street Says Tilray is in Talks with Big Tobacco, But is it True? - The Cannabis Investor

Word on the Street Says Tilray is in Talks with Big Tobacco, But is it True?

Tilray Stock Jumps Over 17% in Reaction to Tobacco Deal Rumour

After briefly reaching a new 52-week low this morning, shares of Tilray (NASDAQ: TLRY) rebounded sharply today fueled by circulating rumours that the Canadian licensed producer (LP) was in talks with a large tobacco company. According to an unknown source, Tilray is nearing a deal with an unnamed tobacco firm which would see them take a large equity stake in the LP. Vague details to say the least but it was clearly enough to drive investor interest and push shares of TLRY to close trading today up 17.3%.

As a word of caution, investors should take today’s Tilray rumour with a grain of salt due to the lack of details and a reliable source. If the deal were to fall through or be proven untrue, the stock would pullback sharply and you would be left holding the bag.

The only media outlet to report on today’s rumour was a website called The Deep Dive. According to The Deep Dive’s article, the tobacco rumour “may have been created as a means for a large investor to get out with minimal losses”. That theory makes perfect sense and all the reason to be extra cautious.

Let’s assume the rumour is true and Tilray is moving forward with a big tobacco deal. Who could it possibly be with?

Looking a the five largest tobacco companies (The Big 5) we can immediately eliminate two of them as possible partners for Tilray. Altria (NYSE: MO), one of the world’s largest producers and marketers of tobacco products invested $2.4 billion into Cronos Group (TSX: CRON) (NASDAQ: CRON) this past December. Altria isn’t actually in the Big 5, but Philip Morris (NYSE: PM) is. Altria and Philip Morris recently announced they are in merger talks so we can eliminate Philip Morris from this conversation.

We can also remove Imperial Brands (LON: IMB) as a potential suitor for Tilray as it was announced in late July that the tobacco giant signed a $123 million deal with Auxly Cannabis (TSXV: XLY) (OTCQX: CBWTF). That leaves us with British American Tobacco (LON: BATS), Japan Tobacco International, and China Tobacco as the largest big tobacco players that have not yet invested in the cannabis industry. If the rumour turns out to have merit, odds are one of these three tobacco titans will be involved. We’ll be sure to keep you posted on any new developments on this story. 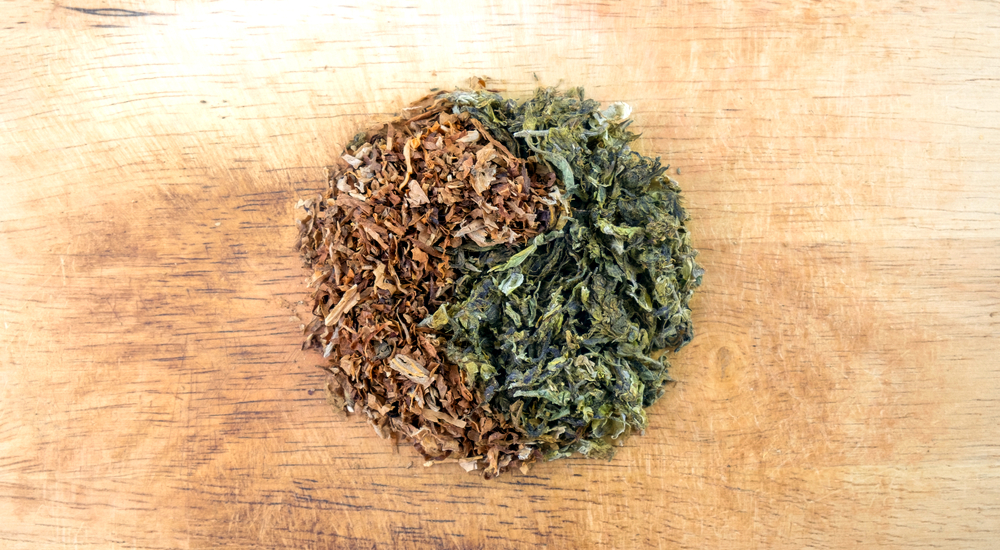 On another note, Tilray’s biggest Wall Street bull slashed her price target on TLRY stock by 60%. Cowen & Co. analyst Vivien Azer announced today she cut her 12-month price target on Tilray from $150 to $60. Azer also stated that she believes the current share price weakness is a buying opportunity for investors. Benchmark Co’s Michael Hickey is now the biggest Tilray bull with his $80 price target.

“The Canadian cannabis landscape has been challenging over the last few months, as too few stores, supply shortages and a lack of novel products have hampered category development. We would argue that TLRY has been the most impacted by weak industry supply as its asset-light model was initially overly reliant on third-party supply,” stated Azer in her note to investors.

Azer maintained her rating of outperform on Tilray stock and mentioned the company’s strong U.S. CBD market position, moves to correct capacity constraints and the expanding international opportunities. Azer still believes in the Canadian cannabis industry and sees the sector working through its issues in the future. Azer predicts the Canadian market will reach $12 billion by 2025.

Shares of TLRY gapped down slightly at open this morning before reversing and soaring 17.3% to close trading today at $31.10. The stock dropped 1.5% in aftermarket trading. Traders should be watching TLRY closely as any news proving or disproving the big tobacco rumour will certainly create substantial volatility.