One of the more profound discoveries being discussed in the psychedelics industry is how psilocybin is being used to create a lasting duration of positive effects in various clinical trials regarding tobacco and alcohol addiction, plus other certain mental health conditions.

Having a more reliable remission for these conditions resulting from a psychedelic experience has become the new calling card of psychedelics as a true mental health breakthrough.

The remission effect is encouraging researchers that psychedelics, specifically psilocybin, should be used in mental health therapy today more often, rather than the pharmaceutical-psychiatry model of treatment that is still more commonly used.

Researchers have discovered that lower doses of Psilocybin can help maintain a sustained positive effect after an initial high dose Psilocybin treatment. But there’s still more to know. “The biological or psychological mechanisms underlying this effect are unknown.”

Speaking at a session of the Interdisciplinary Conference on Psychedelics Research 2020 (ICPR) in September, Matthew Johnson, professor of psychiatry at Johns Hopkins University, studied depression using high dose Psilocybin with healthy people. “One of the biggest take-homes from this high dose trial is that we documented claims of improvement in mood and quality of life over a year after the session, that was corroborated by family members, friends and coworkers of the participants,” he said.

“People had clinically severe levels of depression and anxiety,” he said. “Five weeks after the first session, with people who had been given the high dose, we saw dramatic decreases into the area of a scale measuring levels of depression that suggests that they don’t have a disorder. The treatment created a substantial reduction into the normal range. And that level remained unchanged 6 months later.”

Other studies had very similar results about depression and anxiety, he said, including a group at New York University with 29 patients under slightly different design and control conditions.

He designed a clinical trial about psychedelics use that featured smokers who had been smoking an average of 30 years, one pack a day, with three sessions featuring moderate to high doses of Psilocybin. The report concluded that participants consistently attributed a high degree of spiritual significance to their psilocybin session experiences, raising questions about the role of spirituality in smoking cessation. Several studies suggest that increased levels of spirituality are associated with improved treatment outcomes in substance dependence recovery. “Abstinence after the experience equated to 80 percent success after six months, and 60 percent success at an average of two and a half years,” he said. “This is a larger result that has ever been reported in scientific literature. Is this worthy of follow up? Absolutely.”

Patients also reported relief of withdrawal symptoms and insights into self that were related to smoking, he said. 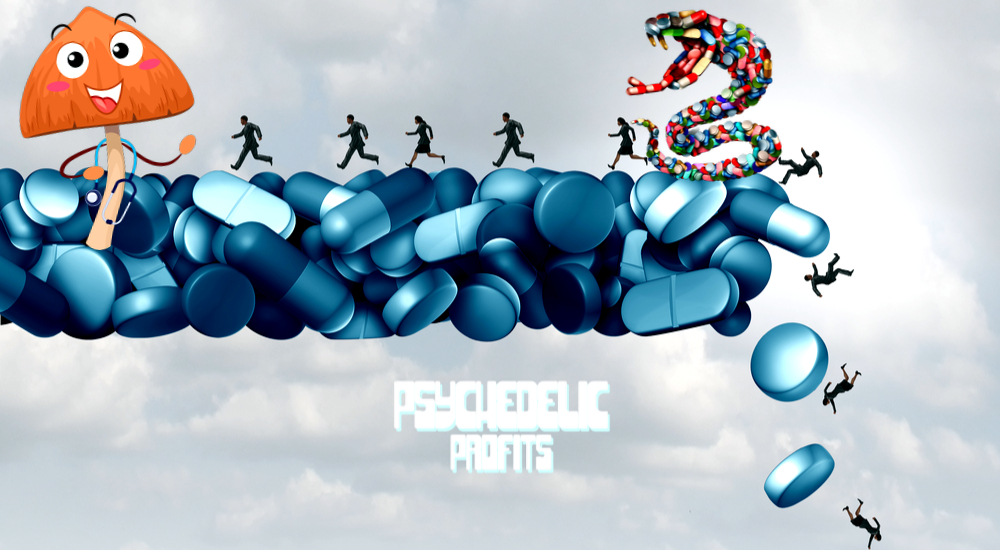 Another anonymous tobacco addiction online survey that Johnson worked on found that 358 individuals (52 females) reported having quit or reduced smoking after ingesting a psychedelic in a non-laboratory setting about 1 year ago. On average, participants smoked 14 cigarettes a day for 8 years and had five previous quit attempts before their psychedelic experience.

Johnson also conducted a randomized trial using high-dose Psilocybin compared to the nicotine patch treatment. Of the 80 people in the study, 44 people who got through the follow-up have reported results. “It’s kind of unbelievable,” Johnson said. “There was a 59% success (of abstinence) compared to 27% with the nicotine patch.” The studies are ongoing.

Psychedelics have been found to reduce anxious, depressive and obsessive-compulsive symptoms, as well as addictive behaviors, often for several months after just one or two exposures, researchers say. In another clinical trial, alcohol-dependent patients demonstrated significantly reduced drinking behaviors over 8 months after one or two Psilocybin sessions. Rapid and enduring decreases in depressive symptoms were also recently found in a small-scale feasibility trial involving the psychedelic brew, Ayahuasca.

There has been a quickening pace of research into psychedelics and depression as well.

A 2016 study using Psilocybin demonstrated that all patients showed some reduction in depression severity at 1 week and the majority sustained for 3 months. According to standard criteria for determining remission, the Beck Depression Inventory (BDI), which is a self-reporting rating inventory measure, eight of the 12 patients achieved complete remission at 1 week, and seven patients continued to meet criteria for reduction response at 3 months, with five of these still in complete remission. “It is also worth noting that psilocybin has a favorable toxicity profile and is not associated with compulsive drug-seeking behaviors in animals or human beings,” the study noted.

This study included not just two psilocybin administrations but also psychological support before, during, and after these sessions and a positive therapeutic environment for the sessions. Researchers concluded that the effects of these factors need to be determined, which can only be done by conducting further trials with appropriate control conditions.

Another study followed up a 2016 clinical trial about the effects of a single psilocybin treatment on people suffering from depression related to life-threatening cancer distress and found that 60-80 percent of participants continued to have significant antidepressant responses nearly five years after the initial treatment.

Researchers caution that psychedelics are known to promote suggestibility among participants—the overwhelming belief that psychedelics would help them, therefore it did—which could affect positive outcomes. Future double-blind, randomized controlled trials could address the role of expectancy and suggestibility by measuring and controlling these variables. For example, patients could be asked about their pre-treatment expectations, suggestions could be controlled between conditions, and outcomes from self-referred patients could be compared with those referred via clinicians.

If expectancy or suggestibility are found to be influential in the context of psychedelic therapy, they could be treated as part of the treatment model.

“The big picture is that psychiatry has really drifted off course from its roots,” Johnson said. “It was about psychology, and now it’s become really about what pill to prescribe. Psychedelics, in a way, is in the middle now. It’s clearly biologically mediated, with more clear psychological processes. And that has to be what accounts for long term change. Because the (psychedelic) drug is out of your system very quickly,” he said. “Psychedelics opens up a window of flexibility. And you can reset a new normal during that flexibility. That is what mediates that long term change.”