In This Week’s Edition, We Recap and Countdown the Top 10 Cannabis and Psychedelics Industry News Stories for the Week of March 29th – April 4th, 2021.

The Senate Justice Committee Approved the Proposal in a 6-5 Tally, With Two More Panels Set to Take it up in the Coming Weeks Before it Goes Before the Full Chamber By the End of the Month

A bill to legalize Marijuana in Mexico is one step closer to final passage. The measure passed the Senate last year but was sent back to the body after being approved in revised form by the Chamber of Deputies. Now, on Monday, a key Senate committee advanced the amended legislation toward a final floor vote.

At Age 30, the NHL Enforcer Was Forced into Early Retirement in 2015 After His Seventh Diagnosed Concussion

After 429 games spread over 11 seasons, capped off by his second Stanley Cup, his career was over. He spent the next four years trying to pull himself out of a debilitating battle with post-concussion syndrome that eventually drove him to be suicidal. But then things changed for Carcillo almost two years ago when he was introduced to Psilocybin through an ex-teammate.

6. Inside Ibogaine, One of the Most Promising and Perilous Psychedelics for Addiction

Once Dismissed as a Fringe, Counterculture Vice, Psychedelics Are Rapidly Approaching Acceptance in Mainstream Medicine

These drugs uniquely change the brain, and a person’s awareness of experiences, in the span of just a few hours. This fast-acting shift could be useful in mental-health treatments, and research is already supporting this notion. Just one dose of Psilocybin, the active ingredient in Magic Mushrooms, was recently shown to ease depression and anxiety in cancer patients—an outcome that lasted for years after their trip. Researchers are recognizing that Psychedelics can provide a radical new approach to mental-health treatments at a time when innovation is desperately needed. Ibogaine is one of the most promising psychedelics for addiction. Now, for the first time, some upstart pharmaceutical companies, including ATAI Life Sciences and MindMed (NEO: MMED) (OTCQB: MMEDF) (FRA: MMQ), are realizing there’s money to be made here, and they’re racing to develop ibogaine or drugs that act like it. 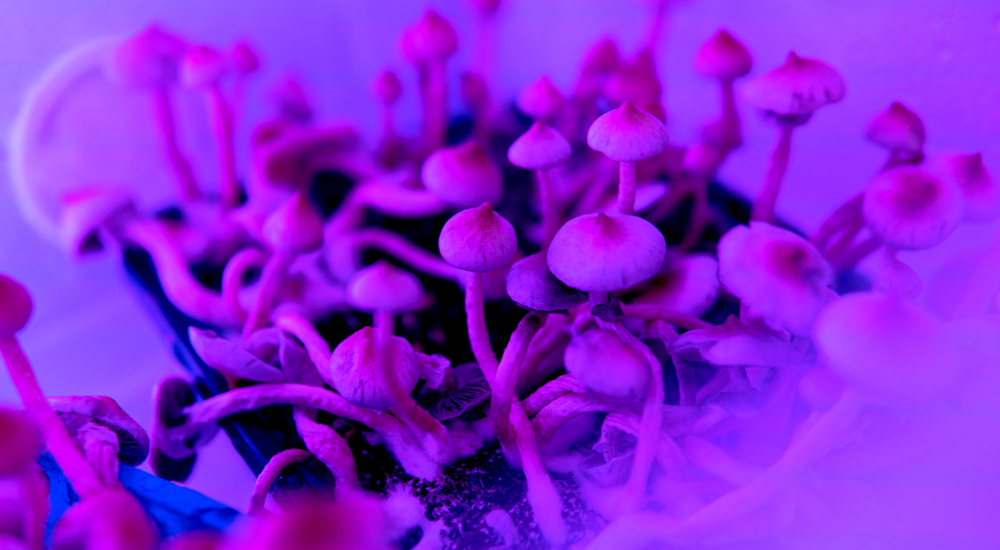 5. Why Adult-Use Cannabis Legalization in New York, the Nation’s Financial Hub, is a Big Deal

Sales Are Expected to Start Within 12 to 18 Months Potentially Reach $2.3 Billion a Year By the Program’s Fourth Year

The drug MDMA is being investigated by (among others) the Multidisciplinary Association for Psychedelic Studies (MAPS) to determine whether it will help people cope with the trauma of war, rape or other violent crime. Used in conjunction with psychotherapy for PTSD that doesn’t respond to other treatments, MDMA-assisted therapy is showing positive results.

Three State Attorneys General and the Top Prosecutor for Washington, D.C. Sent a Letter to Congressional Leaders, Reiterating Their Support for Legislation That Would Protect Banks That Service State-Legal Marijuana Markets From Being Penalized By Federal Regulators

Rep. Ed Perlmutter (D-CO) is the chief sponsor of the Secure and Fair Enforcement (SAFE) Banking Act in the House, while Sens. Jeff Merkley (D-OR) and Steve Daines (R-MT) are carrying their chamber’s version. Both were reintroduced with substantial bipartisan cosponsor lists last month. Colorado Attorney General Phil Weiser (D) led the new letter, which says that the signatories support the proposal and “encourage Congress to take action expeditiously.”

Another Massachusetts City Has Approved a Measure to Deprioritize Enforcement of Laws Against the Possession, Use and Distribution of a Wide Range of Psychedelics Such as Psilocybin and Ayahuasca

This time, the Northampton City Council passed the resolution, which also states that no government or police funds should be used to enforce laws criminalizing people for using or possessing entheogenic plants and fungi. The vote on Thursday was unanimous, 8-0, and it makes Northampton the third city in the state to enact the reform. Somerville and Cambridge have also moved to effectively decriminalize Psychedelics.

1. There are Indications of a Thaw in Glacial Federal Prohibition of Marijuana

That development continues the trend of states reversing Marijuana prohibition across the country, following on the heels of a letter to the White House last week where 30 Democratic lawmakers urged President Joe Biden to reconsider the decision to fire five White House staffers for marijuana usage. The White House Press Secretary jumped into the fray with a tweet downplaying the controversy.