In This Week’s Edition, We Recap and Countdown the Top 10 Cannabis and Psychedelic Stock News Stories for the Week of June 14th – 20th, 2021.

Bruce Linton, Founder and Former CEO of Cannabis Industry Titan Canopy Growth and Early Investor and Advisor to Top Psychedelics Firm MindMed is Expected to Join the New Combined Company as the Non-Executive Chairman of The HighBrid Lab’s Board of Directors

As the opportunity for bringing psychedelics to market expands, so too does the interest of investors and entrepreneurs, especially among veterans of the legal cannabis industry. Bruce Linton, the founder of Canadian cannabis giant Canopy Growth (TSX: WEED) (NASDAQ: CGC) (FRA: 11L1), has been one of the main drivers of the nascent psychedelics industry. After departing Canopy, Linton went on to join the board of directors at MindMed (NEO: MMED) (NASDAQ: MNMD) (FRA: MMQ), a contender for the top psychedelic company in the world. Most recently, Linton joined the Board of Directors at the newly formed The HighBrid Lab. The HighBrid Lab is the name of the newly formed company resulting from the recently announced merger between global cannabis leader Creso Pharma (ASX: CPH) (OTC: COPHF) (FRA: 1X8) and surging psychedelics star Red Light Holland (CSE: TRIP) (OTC: TRUFF) (FRA: 4YX).

9. 3 Psychedelics Stocks Getting High Thanks to the Newly Launched PSY ETF

These Psychedelic Stocks Are Solid Options for Investors

The Defiance Next Gen Altered Experience ETF (NYSE Arca: PSY) was set up at the end of May to invest in psychedelic stocks involved in treating mental ailments. The companies in the index need to have a market capitalization of at least $75 million. With the massive growth in the global marijuana market, the ETF can generate sizeable returns for its investors down the line. The market is expected to grow from $22 billion to $97 billion by 2026, with a 28% compound annual growth rate (CAGR). So, with all of that in mind, here are three of the most promising psychedelic stocks that have gotten high in the past month: MindMed (NEO: MMED) (NASDAQ: MNMD) (FRA: MMQ), Compass Pathways (NASDAQ: CMPS) and Numinus Wellness (TSXV: NUMI) (OTC: LKYSD) (FRA: LR23).

The charges notably relate to the drama that surrounds CannTrust and the growing of cannabis in illegal grow rooms, as well as certain financings that were conducted around the time of the events. Specifically, the release put out by the OSC indicates that the charges relate to “efforts to conceal the illegal growing of cannabis at CannTrust over a 10-month period,” as well as that the accused “did not disclose to investors that approximately 50% of the total growing space at CannTrust’s facility in Pelham, Ontario was not licensed by Health Canada.”

Ontario-Based Aleafia Health is a Licensed Producer of Medical and Recreational Cannabis, a Provider of Direct-to-Consumer Cannabis Delivery and the Largest Provider of Cannabis Health Services in the Country

Raymond James analyst Rahul Sarugaser likes the way Aleafia Health (TSX: AH) (OTCQX: ALEAF) (FRA: ARAH) is developing, saying in a company brief to clients on Wednesday that investors should see some better days ahead for both the company and stock. Aleafia has secured agreements with some of Canada’s largest unions and employers on insured medical cannabis services, including Unifor, the country’s largest private-sector union. With the update, Sarugaser reasserted his “Outperform 2” rating for Aleafia, while looking ahead, the analyst is calling for AH to generate 2021 and 2022 revenue of $64 million and $102 million, respectively, and 2021 and 2022 EBITDA of $3 million and $10 million, respectively. 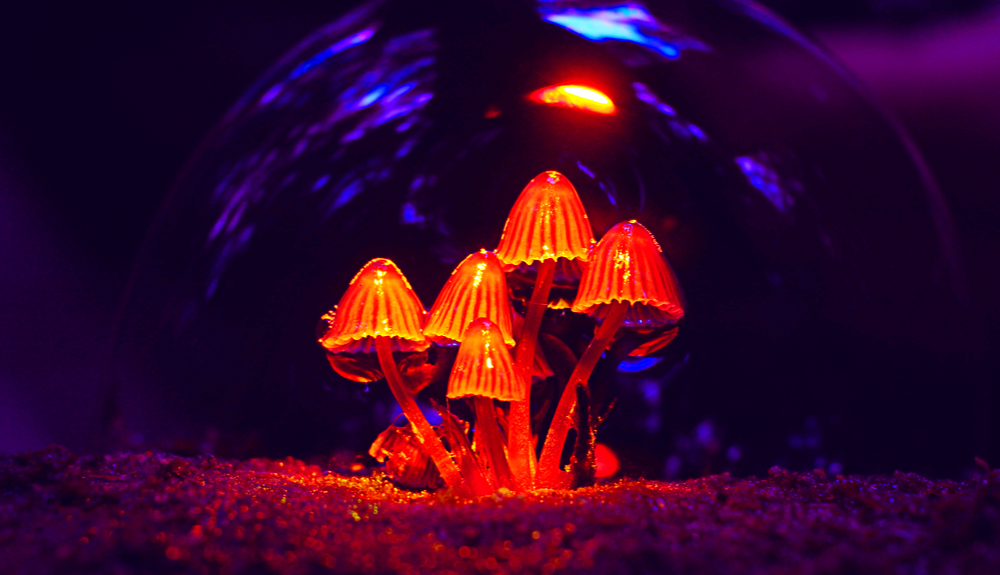 The Transaction Saw Canopy Pay Both Cash and Shares for the Premium Cannabis Grower, Although the Cash Portion Was Rather Negligible

Canopy Growth (TSX: WEED) (NYSE: CGC) (FRA: 11L1)) has officially completed the previously announced acquisition of Supreme Cannabis (TSX: FIRE) (OTCQX: SPRWF) (FRA: 53S1). The closing of the acquisition pushes Canopy’s control of the overall Canadian recreational cannabis market to 18.1%. The transaction is expected to result in a total of $30 million in estimated synergies within the next two years, with Supreme now effectively a wholly-owned subsidiary of the company.

ATAI Life Sciences (NASDAQ: ATAI) is the third psychedelic biotech to go public in the U.S., following in the footsteps of MindMed (NEO: MMED) (NASDAQ: MNMD) (FRA: MMQ), which went public on the NASDAQ in April, and Founders Fund-backed Compass Pathways (NASDAQ: CMPS), which listed in September. As of Thursday’s close, Compass Pathways was up 26% since its debut, and MindMed, which just announced its CEO’s resignation, was down about 19% since its IPO. Each biotech is developing therapies using the psychedelic mushroom compound psilocybin, LSD, and MDMA derivatives to treat addiction and mental illnesses such as depression, anxiety, schizophrenia and traumatic brain injury. Three years after its founding, Atai Life Sciences has 10 therapeutic programs in its pipeline, each at various stages of clinical trials.

3. Bruce Linton Speaks Out About Creso, Red Light Holland, and The HighBrid Lab

The Merged Entity, as Per the News Release, is Expected to Have a Pro-Forma Equity Value of $347 Million and a Cash Balance of Approximately $45 Million

Investors may have gotten a surprise when Creso Pharma (ASX: CPH) (OTC: COPHF) (FRA: 1X8) and Red Light Holland (CSE: TRIP) (OTC: TRUFF) (FRA: 4YX) announced plans to merge into one entity, creating one global psychedelics and cannabinoid company called The HighBrid Lab. Strategic advisor Bruce Linton explains why HighBrid is great news for investors, and what we might see in the future coming from this new merger.

The Fully Funded Study, Representing the Largest Registered Trial of its Kind in the World, Will Investigate the Use, Safety and Efficacy of Repeated Doses of Intravenous (IV) Ketamine in Patients with Bipolar Depression

Braxia Scientific (CSE: BRAX) (OTCQB: BRAXF) (FRA: 496), a medical research company with clinics providing novel ketamine treatments for persons with depression and related disorders is pleased to announce that Dr. Josh Rosenblat, Braxia Scientific’s Chief Medical and Science Officer, has been awarded and received funding by the Canadian Institute of Health Research (CIHR), of the Government of Canada, to support the first of its kind Ketamine clinical trial for Bipolar Depression. This new federal investment will enable the Braxia led research teams to further advance studies of IV Ketamine to support its approval as a safe, effective and rapid-acting alternative treatment for patients with Bipolar Depression.

RWB Announced the Availability of a New Broadcast Titled, “A Lesson in Cannabis: Second Mover Can Be Better Position”

While most think that trumpeting first-mover status is the optimal position, that isn’t always necessarily true. Look what happened to MySpace and AIM (AOL Instant Messenger) as they faded to irrelevance as Snapchat, TikTok and Instagram exploded in popularity to challenge incumbent platforms. Second movers can enjoy advantages as they learn from pioneering entities that paved the way. Specific to the cannabis business, there is no shortage of companies that learned from sad experience the price to pay for expanding too fast, overpaying for acquisitions, or building a business a mile wide and a foot deep. Red White & Bloom (CSE: RWB) (OTCQX: RWBYF) is a compelling mix of old and new that is methodically building a commanding position in the United States as a multi-state operator (MSO). In fact, the company refers to itself as a “super state operator,” a reflection of its strategy to remain hyperfocused on dominating specific markets before expanding to others, which ensures it doesn’t get spread too thin. The company has the capital to move aggressively after raising $44.5 million this month, part of which went to retire $7.7 million in debt. 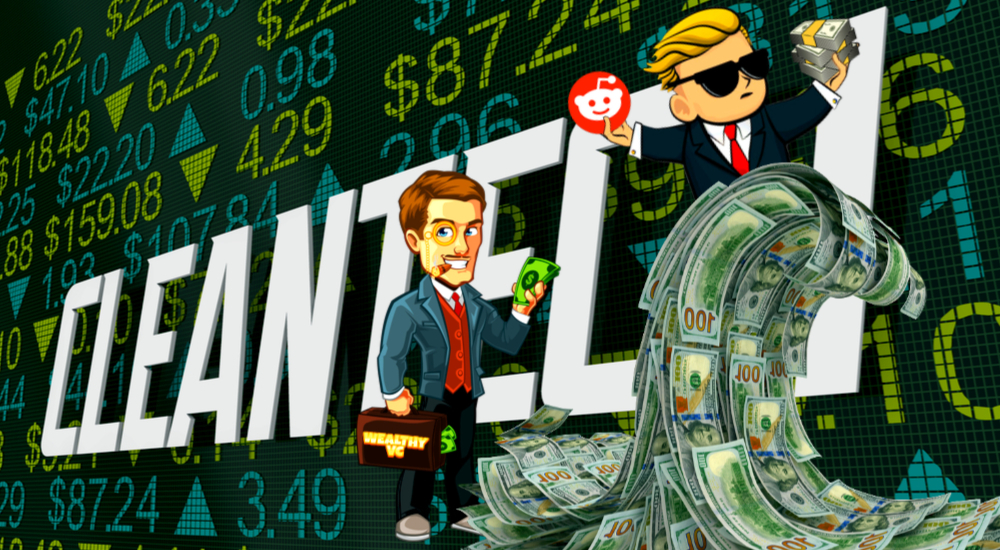