Welcome to the Cannabis Countdown. In This Week’s Edition, We Recap and Countdown the Top 10 Marijuana and Psychedelics Industry News Stories for the Week of November 23rd – 29th, 2020.

The MORE Act, a Bill Aimed at Legalizing Cannabis at the Federal Level in the U.S., is Expected to Receive a Full Vote on the House Floor Later This Week

Just weeks after House Majority Leader Steny Hoyer (D-MD) signalled that the Cannabis Legalization bill would be advanced in the U.S. House of Representatives before the end of 2020, it was confirmed last week that the House is scheduled to take up the Marijuana Opportunity, Reinvestment and Expungement (MORE) Act this week. A full House floor vote on the MORE Act is expected to take place at the end of the week.

As voters have demonstrated recently with widespread support for drug reforms, from Cannabis Legalization to drug decriminalization, the perceptions of drugs and Psychedelics in particular, is shifting. Last week, in a virtual panel hosted by Field Trip Health (CSE: FTRP) (OTC: FTRPF), company founder Ronan Levy, medical director Dr. Michael Verbora and University of Toronto psychiatry professor Dr. Sidney Kennedy discussed some of the forces driving that shift and the new era of mental health treatment that could be on the horizon.

Drug Reform Advocates Won Big in Oregon This Year, With Separate Ballot Measures to Decriminalize Possession of All Drugs and Legalize Psychedelic Mushrooms for Therapeutic Use Passing on Election Day

Now organizers are setting their sights on similar reforms next door in Washington State with two newly announced efforts. One seeks to utilize existing administrative mechanisms to expand access to Psilocybin mushrooms for therapeutic use by patients in end-of-life care. The other, a proposed ballot initiative on track for 2022, would put Washington on par with Oregon, decriminalizing small-scale possession of all drugs and legalizing Magic Mushrooms for broader therapeutic use.

In an Exclusive Interview With Benzinga, Tyson Revealed He’s Been Using Smart Cups to Train for His Exhibition Fight Against Roy Jones Jr.

6. These Four Former Pro Athletes Are Using Psychedelics to Heal Their Brain Injuries

He’s one of four athletes in the episode who after retiring from full-contact sports had been both physically and mentally traumatized by the long-term effects of repeated concussions, and has now found relief with Psychedelics. Carcillo, former NFL player Kerry Rhodes, and former UFC fighters Ian McCall and Dean Lister are part of a growing movement of people using plant medicines like Ayahuasca and Magic Mushrooms to help heal post-traumatic stress disorder and the symptoms of brain trauma. 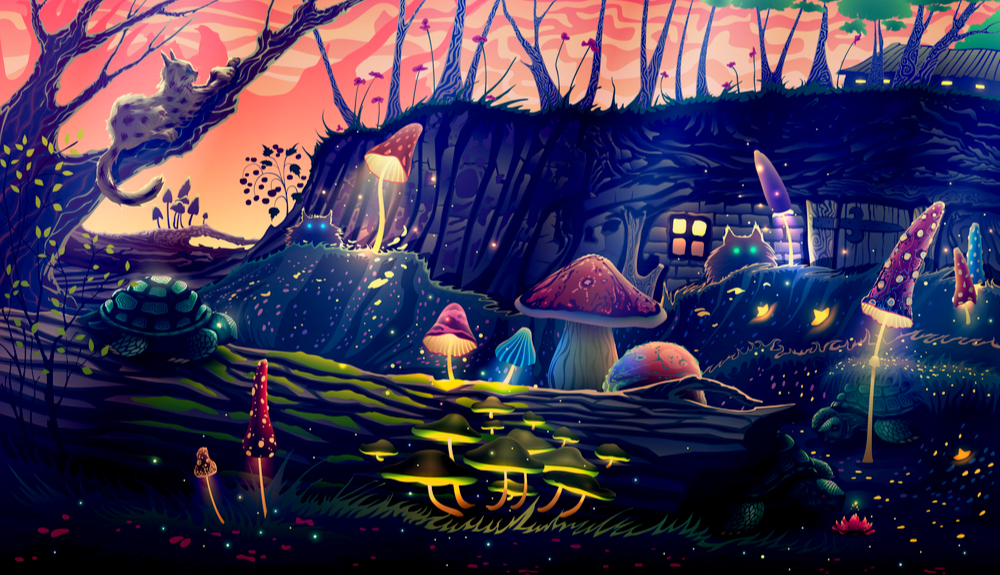 The venture was formed via a partnership between Caliva, Left Coast Ventures, Subversive Capital Acquisition Corp. (OTC: SBVCF) and Roc Nation, the entertainment company Jay-Z launched in 2008. Jay-Z, whose real name is Shawn Carter, will take on the title of “Chief Visionary Officer.”

Digital Therapeutics Are Aefined as Evidence-Based Therapeutic Interventions for Patients to Prevent, Manage, or Treat a Mental Disorder or Disease

3. Cannabis Gave Her Child A Future: Now She Helps Other Families

Heather Jackson, Mother of 17 Year Old Zaki, Recalled, When He Used to Have Around 200 Seizures a Day – Nowadays, With CBD, “When He Does Have Seizures, They’re Brief” and Don’t Hurt Him

It was only after undergoing treatment with CBD oil, provided by whole-plant hemp company Charlottes Web (TSX: CWEB) (OTCQX: CWBHF), that his seizures dropped off dramatically. Zaki, who no longer has Doose Syndrome and has received a new diagnosis of the rare genetic condition Poirier-Bienvenu Neurodevelopmental Syndrome (also known as CSNk2b), was able to start living what his mother described as basically a normal life.

2. As Psychedelics Go Mainstream, Can the Industry Keep its Heart?

Although 2020 Served as a Launching Pad for Psychedelics, Decades of Work and Activism Have Gone Largely Unnoticed By Players in the Capital Markets

Follow the sector closely and you’ll start to notice an underlying theme in the new age of Psychedelics — a deep-rooted ambition to do good for others. Not every industry is able to deliver on that promise, but the business of Psychedelics wants to be different.

In an analysis of the Marijuana Opportunity, Reinvestment and Expungement (MORE), a new Congressional Research Service (CRS) report described the various complications resulting from ongoing federal prohibition as more states opt to Legalize Cannabis for medical or recreational purposes. The research agency said the legislation could inadvertently create a new schism where the federal policy would be more progressive than those of certain states.