Beyond Mental Health: Psychedelics as a Treatment for Human Physical Diseases - The Cannabis Investor

Beyond Mental Health: Psychedelics as a Treatment for Human Physical Diseases

The emerging therapeutic use of psychedelics to regulate inflammatory pathways is being studied as a new and exciting treatment strategy for several inflammatory disorders, including inflammation in the heart, lungs and eyes.

The research centers around the serotonin receptor, a chemical and neurotransmitter in the human brain that also plays a role in mental health issues such as susceptibility to depression and suicide.

“What we discovered in 2008 is that psychedelics are actually anti-inflammatory,” Dr. Charles Nichols, a pharmacology professor at Louisiana State University (LSU) School of Medicine, Department of Pharmacology and Experimental Therapeutics, said during his presentation at the 2020 PsyTech Virtual Summit. “We think it’s about different activations of the serotonin receptor. Psychedelics activate the receptor to recruit additional pathways that induce hallucinatory and psychedelic behaviours,” he said. “We discovered that there is yet another pathway created that leads to anti-inflammatory effects.”

Research done at Nichols’ lab at the LSU School of Medicine found that only a small fraction of cells within the brain are directly responding to psychedelics, which he calls the “trigger population.”

“Activation with psychedelics produces extremely potent blockade of inflammation in cell culture models, whole animals, and in models of human inflammatory diseases,” he wrote on the webpage for the lab. “We believe that psychedelic drugs are activating the receptor differently to recruit anti-inflammatory pathways through functionally selective mechanisms.” 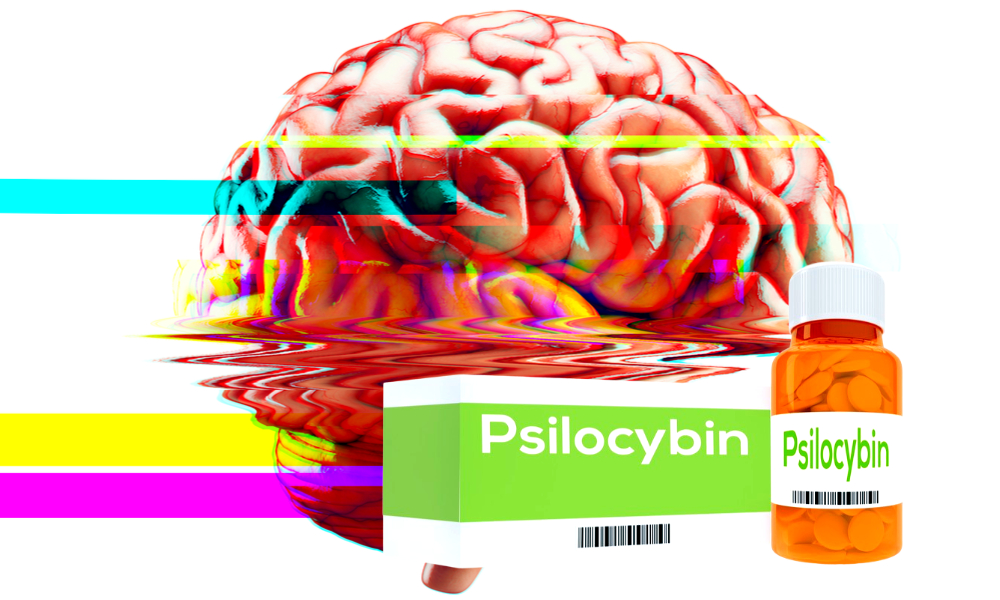 One of the projects in the LSU lab uses rodent models for study, which began by applying 2,5-Dimethoxy-4-iodoamphetamine (DOI) to cells from the aorta of a rat. DOI is a psychedelic similar to mescaline.

“What we wanted to do next to see if psychedelics were also anti-inflammatory in an animal because cells are very different than a whole animal,” Nichols said. “So we took normal mice, treated them with DOI, took tissues from the mouse later, and found that it reduced inflammation.”

The discovery of the effect of this psychedelic on a rat aorta could lead to treatments for inflammation-based cardiac disease, one of the leading causes of death globally.

Nichols’ report on this work included references to a recent study that has found anti-inflammatory therapy may be more effective in preventing cardiovascular disease than cholesterol-lowering compounds.

Through his lab work, Nichols also found out that this anti-inflammatory effect could work in other areas of the body.

Experiments with DOI were done with asthmatic mice who were exposed to an allergen and were having difficulty breathing. The psychedelic was able to reduce the inflammation in the lung. “We rescued the ability of the animal to breathe,” he said. “The animals had a lot of mucus in their lungs. This shows that we could both prevent and rescue the symptoms of allergic asthma.

“Overall, given the recent interest and success using these drugs for psychiatric therapies in the clinic, our research at LSU Health New Orleans is the first to show that they have potential to heal the body as well as the mind,” Nichols said in a press release about the lab’s work with mice and asthma.

Psychedelics also showed promise in treating retinal degeneration, which is a problem usually brought on because of diabetes, according to Shlomi Raz, chairman and founder of Eleusis, a clinical-stage life science company. “What we discovered was that DOI protected most animals treated from not only inflammation of the retina, but also that it was crucial in keeping the retina healthy despite a profound inflammatory state. That is the real potential here of what we are developing,” Raz said.

“These drugs are not immune-suppressive. They are not a jack hammer-type drug that knocks down inflammation,” he said. “They attenuate inflammation and preserve cell function in the context of cell stress induced by toxin or induced by inflammation, and we think most profoundly due to hyperglycemia and other conditions associated with diabetes.”

Raz and Eleusis funded the LSU/Nichols’ study on the effect of DOI in treating cardiovascular disease.

Raz said that Eleusis is focused on developing the next compositions of matter, and new chemical entities to treat diabetic retinopathy, a complication of diabetes that damages blood vessels in the eye. It is the leading cause of vision loss in adults and is currently treated with intravitreal injections into the eye. “What we discovered was that DOI protected most animals treated from not only inflammation of the retina, but also that it was crucial in keeping the retina healthy despite a profound inflammatory state. That is the real potential here of what we are developing,” he said.

The concerns patients and regulators may have about using psychedelics as treatments for other conditions aside from mental health is something that Eleusis addresses. “Our perspective is that the same technologies that will enable the safe use of psychedelics in the context of psychiatry, such as being able to predict who is at risk for psychosis and being able to monitor someone and know when the psychoactive effects of psilocybin or LSD have worn off, are the same type of technologies which will enable the outpatient use of these compounds,” Raz said.