LEAMINGTON, ON, May 21, 2019 /PRNewswire/ – Aphria (TSX: APHA) (NYSE: APHA) today announced that its German subsidiary Aphria Deutschland GmbH (“Aphria Germany“) had been awarded the fifth lot for the cultivation of medical cannabis in Germany as part of the Company’s previously awarded license from the German Federal Institute for Drugs and Medical Devices (“BfArM“). The additional lot was provisionally awarded to Aphria Germany in April and was secured following a review by a German court, which affirmed the original decision by the BfArM.

With this decision, Aphria Germany won the maximum output from the German tender process – a total of five lots – and stands as the only licensed producer in Germany with the permission to grow all three strains of medical cannabis approved by the BfArM.

“We are thrilled about our successful conclusion to the German tender process, which has awarded Aphria with the most comprehensive license in the country,” said Hendrik Knopp, Managing Director of Aphria Germany. “This award affirms Aphria’s leading position in the German medical cannabis market. Construction on our indoor cultivation facility continues to progress rapidly and we look forward to supplying Germany’s first domestically-grown medical cannabis in early calendar 2020.”

Aphria Germany is building its over 8,000 square meter indoor growing facility in Neumünster and is completing work on a state-of-the-art GMP-certified cannabis vault in Bad Bramstedt for the import of cannabis flowers and oil from Canada, Australia and Denmark. Aphria Germany also holds a 25.1% interest in Berlin-based Schöneberg Hospital, which provides access to both doctors and patients for education on the benefits of medical cannabinoids. The company also recently introduced CannRelief, a CBD-based nutraceutical and cosmetics product line for the German market, produced in the EU and distributed by CC Pharma, a subsidiary of Aphria with access to more than 13,000 pharmacies throughout Germany.

We Have A Good Thing Growing

About Aphria Inc.Aphria Inc. is a leading global cannabis company driven by an unrelenting commitment to our people, the planet, product quality and innovation. Headquartered in Leamington, Ontario – the greenhouse capital of Canada – Aphria Inc. has been setting the standard for the low-cost production of high-quality cannabis at scale, grown in the most natural conditions possible. Focusing on untapped opportunities and backed by the latest technologies, Aphria Inc. is committed to bringing breakthrough innovation to the global cannabis market. The Company’s portfolio of brands is grounded in expertly-researched consumer insights designed to meet the needs of every consumer segment. Rooted in our founders’ multi-generational expertise in commercial agriculture, Aphria Inc. drives sustainable long-term shareholder value through a diversified approach to innovation, strategic partnerships, and global expansion, with a presence in more than 10 countries across 5 continents. 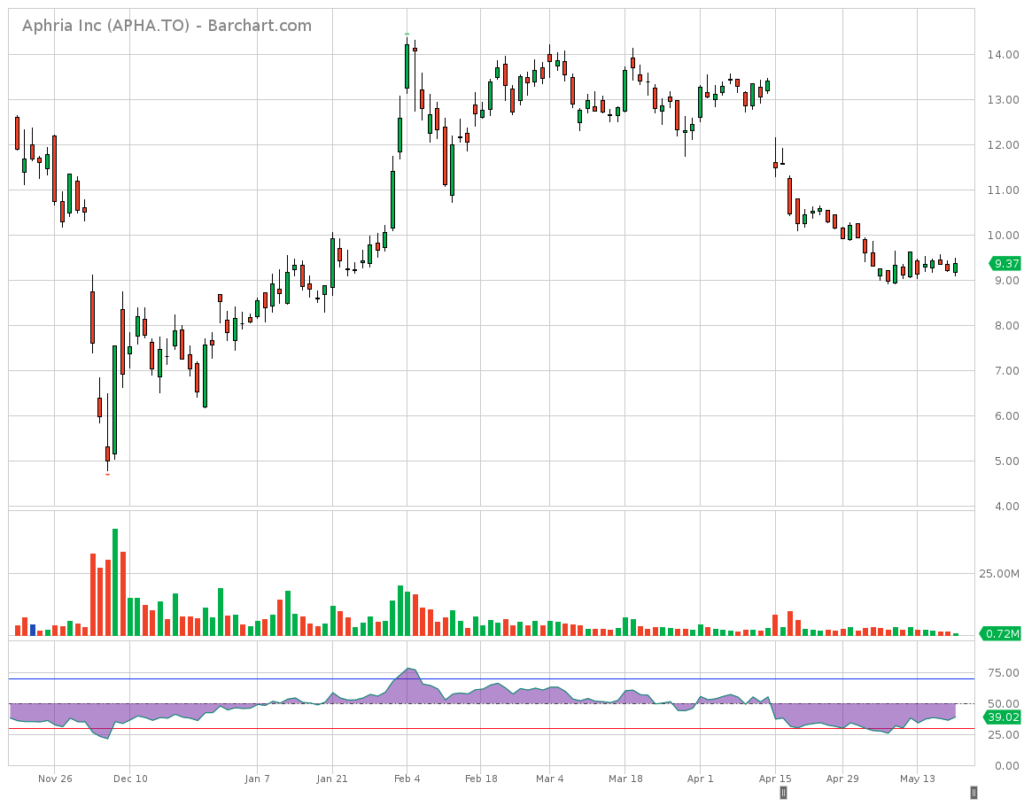