The U.S. Government is Planning to Reschedule or Possibly Deschedule Cannabis + 7 Pot Stocks to Watch - The Cannabis Investor

The U.S. Government is Planning to Reschedule or Possibly Deschedule Cannabis + 7 Pot Stocks to Watch

This Could Be the First of Many Major Catalysts That Will Drive These U.S. Cannabis Stocks Higher

In case you aren’t aware, the United States Government currently lists cannabis as a schedule 1 drug in accordance with the Controlled Substances Act (CSA). This means the FDA and DEA believe cannabis has no medical value and has a high potential for abuse. Cannabis sits alongside Heroin, Ecstasy (MDMA) and LSD as the most notable schedule 1 drugs. The FDA’s recent approval of GW Pharma’s (NASDAQ: GWPH) Epidiolex directly contradicts the U.S. Government’s bizarre schedule 1 classification of cannabis. Clearly, the FDA believes GW Pharma’s cannabis-derived CBD based drug which treats seizures associated with the two rare forms of epilepsy has medical value. It’s very obvious this outdated drug schedule needs to be changed ASAP.

To make matters even more confusing, killer drugs such as Cocaine, Methamphetamine, and Oxycodone are listed below cannabis as schedule 2 drugs. This schedule 2 listing indicates there is a belief that these substances possess some medical value. I can see their case for Oxycodone as being useful to treat severe pain in medical patients on their deathbed but Cocaine and Meth should never be ranked below cannabis. Mindblowing situation to say the least.

Today’s news from the U.S. Food and Drug Administration (FDA) indicates this completely messed up drug ranking system could be getting a long-overdue update. The FDA issued a notice today informing the public it will give U.S. citizens the opportunity to have their voice heard and provide comments on the idea of removing cannabis from the most restricted schedule 1 class of drugs. This is being done for the purpose of international treaties.

Included in the unpublished notice filed by the FDA on the Federal Register today was information indicating the regulatory body would officially open comments on the issue to the public tomorrow (Thursday). The public will have 30 days from this point to submit their comments on the rescheduling of cannabis electronically or by mail. 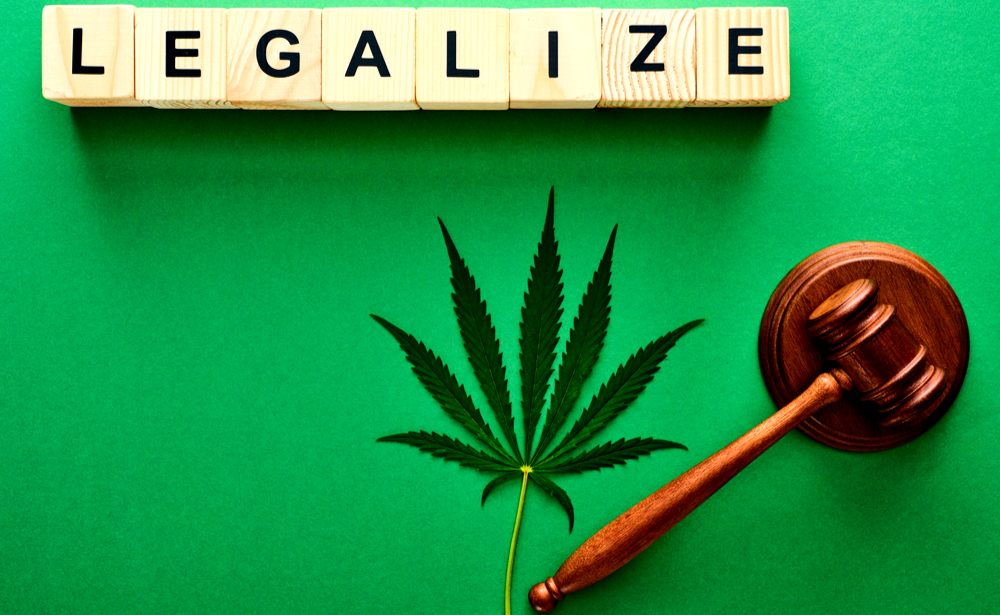 If the United States does reschedule or even deschedule cannabis it would be a huge step in the right direction for the largest market in the world. The move would serve as a major catalyst for leading U.S. multi-state operators such as Curaleaf Holdings (CSE: CURA) (OTCQX: CURLF), Trulieve Cannabis (CSE: TRUL) (OTCQX: TCNNF) and Red White & Bloom (CSE: RWB – IPO Coming Soon). It would also be an enormous win for the U.S. cannabis industry as a whole but would not immediately make cannabis legal at the Federal level. Cannabis in the United States is still being held down by the fact that the Federal Government considers the drug to be illegal despite it being legalized medically or recreationally by the majority of the states.

The United Nations’s World Health Organization (WHO) is also recommending that cannabis be rescheduled. These are the dominos that need to fall first in order for the United States Federal Government to finally lift its Federal ban on cannabis. Progress is progress and investors should be happy to see conditions in the U.S. heading in the right direction.

I’ll finish off this article by leaving you with my watchlist of U.S. cannabis stocks that I believe will be positively impacted by the pending rescheduling or descheduling of cannabis in the United States. As you can see from today’s price action, the cannabis market is already responding well to today’s announcement. The majority of leading marijuana stocks closed trading today up anywhere from 1% – 12%.

Is this a sign of things to come? We’ll just have to wait and see. Most expect the market to rebound this September.

Feel free to email me with your watchlist so we can compare notes.

Make sure you sign up for our weekly newsletter. It’s just one email per week which includes everything you need to know to stay up to speed with the fast-moving cannabis industry.

Best of luck to you all and happy investing.

Editor in Chief | The Cannabis Investor