While there has been speculation that the growing number of vape-related respiratory illnesses (1,300 and counting) and deaths (29 and counting) as a result of illicit and unregulated products, there now appears to be some science to back it up. A lab in Colorado — called Colorado Green Lab — has released Part 1 of a three-part study on the cause of Vaping-Associated Pulmonary Injury (VAPI). In the first part of the study, the lab suggests that cheaply produced soldering materials in the vapes are creating heavy metal fumes called cadmium fumes. When inhaled, it’s argued, these fumes are resulting in a rare lung disease called cadmium pneumonitis, which is an advanced stage of Metal Fume Fever.

Based on data from 53 cases of patients in Illinois and Wisconsin who suffered severe lung illness following recent exposure to vaping, it was concluded that the symptoms were in line with advanced stage Metal Fume Fever. This is a very rare respiratory disease that typically only affects individuals exposed to chemical fumes, such as welders or metalworkers.

Inhalation of Cheap Metals Appears to be the Cause

“Metal Fume Fever (MFF) is caused by inhalation of metal-containing fumes (ex. zinc oxide) produced by welding, soldering, and brazing,” explains the study. “Typical symptoms of metal fume fever are non-specific (“flu-like”), and can include cough, raised temperature (“fever”), headache, chills, aches, dizziness, and a sweet or metallic taste in the mouth. More severe exposure can result in gastrointestinal symptoms, including nausea, vomiting, and diarrhea.” 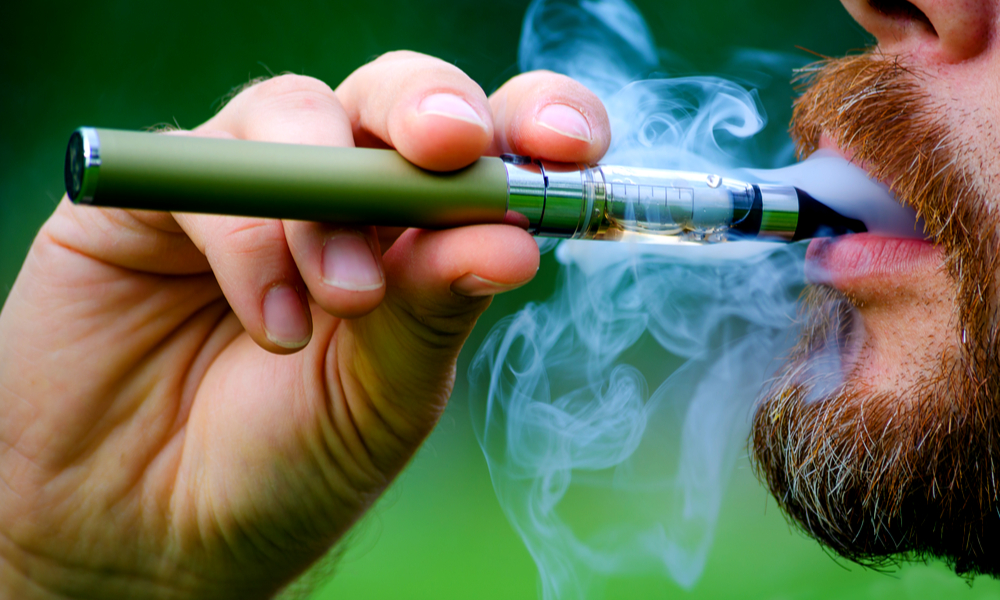 The study was led by Frank Conrad, a co-founder of the lab and an experienced biochemist. In an email to MERRY JANE, Conrad elaborated on the cheap design of the unregulated vape cartridges, suggesting that the VAPI epidemic is caused by manufacturers keeping material costs low to maximize revenue.

“In our study, we’ve identified common, but subtle, variations in 510 cartridge threading design that correlate with airflow and venting performance across the series,” writes Conrad. “The variations in thread design directly relate to manufacturing cost and retail price of the cartridges. The least complex cartridge design is also the cheapest to manufacture and the most ubiquitous type on the market.”

In other words, it’s the silver solder in the cheap vape pens that helps bind the metal components together that’s been found to contain the chemical cadmium. When the fumes from the cadmium are inhaled, they’re highly toxic to the human body and can injure lung cells, resulting in fluid build-up, impaired breathing function, and ultimately, respiratory failure.

The study from Colorado Green Lab supports the recent Mayo Clinic study, which looked at 17 samples of lung tissue and found that the symptoms resembled the mustard gas chemical burns created by biological weapons during World War 1.

If Vaping Isn’t New, Why Is VAPI Only Appearing Now?

Vaping isn’t that new — it’s been around for at least a decade, in both nicotine and cannabis form. So why did we only begin to see cases of vape-related illnesses recently?

Even after recreational cannabis was legalized in Washington State and Colorado in 2014, resulting in a rapid rise in popularity of vaping, cases of VAPI didn’t begin to show up until recently. This suggests that something new is causing it.

Recently, health authorities began investigating vitamin E acetate as a possible cause of VAPI. As an oil thickening agent, vitamin E acetate is often found in vape juice. But despite contributing to a different respiratory illness — lipoid pneumonia — vitamin E acetate has not been linked with the symptoms displayed by VAPI patients.

Is This Only The Beginning of VAPI?

If Colorado Green Lab’s findings are accurate, we may be witnessing only the beginning of the VAPI health crisis. The extremely dangerous heavy metals that are being inhaled with unregulated vapes have a bad habit of sticking around the body for a long time.

“Cadmium has an excretion half-life of 10 to 30 years,” says Conrad. “And if confirmed as the causal agent of VAPI, patients may be at risk for kidney damage long after the respiratory syndrome has resolved.”

Part 2 of the Colorado Green Lab series on the cause of VAPI — called ‘Vivisection of a Vape Pen’ — is set to be published soon and will explore the construction of unregulated vape pens, and how they are impacting the crisis.

With any luck, it will also shed some light on potential solutions.