In This Week’s Edition, We Recap and Countdown the Top 10 Cannabis and Psychedelics Industry News Stories for the Week of April 12th – 18th, 2021.

Roger’s Interview With TDR Touched on a Variety of Topics, Including the Company’s Impressive Revenue Growth and the Potential Passage of the SAFE Banking Act

April 19 is a Big Day Every Year for People Who Love Psychedelics as its the Anniversary of a Momentous, Stoned Bicycle Ride Taken in 1943 by Albert Hofmann, the Chemist Who First Synthesized Both LSD and Psilocybin

While working for Sandoz Pharmaceuticals in 1938, he had synthesized LSD from ergot, an invasive fungus that infects rye. Five years later he accidentally scratched some LSD into his skin. Intrigued by the mental changes he experienced, he purposefully ingested 250 mg of the drug a few days later; that was a whopper of a dose. Hofmann asked his lab assistant for help getting home. They both got on their bicycles, and the assistant escorted him to safety. Today on April 19 we celebrate that Hofmann made it home at all and that the psychedelic era was launched.

8. Largest Virtual Cannabis Investor Conference to be Held On 4/20

SRAX (NASDAQ: SRAX), a financial technology company that unlocks data and insights for publicly traded companies through Sequire, its SaaS platform, will be hosting a cannabis-focused virtual conference, held on April 20th, 2021 (or as some call it, 4/20) from 11:30 AM – 5:00 PM EST. The event will also host Dr. Sue Sisley who is an Arizona Physician and President of Scottsdale Research Institute who will be chatting with Steven Hawkins who is the Interim CEO of the United States Cannabis Council and Executive Director of the Marijuana Policy Project.

7. In Canada, Psychedelics Re-Emerge in Treatment of Depression

To Manage Her Stress and Fears, Andrea Bird — Who is Suffering From Terminal Cancer — Uses Psychedelics, Which Are Seeing a Sudden Re-Emergence in Canada as a Possible Treatment for Mental Health Conditions Such as Anxiety and Depression

The 60-year-old Canadian was diagnosed with breast cancer in 2012. Despite aggressive treatment, the disease returned five years later, spreading to her lungs, bones and brain. As she tries to cope with her incurable ailment, Bird uses psilocybin, the psychoactive substance of hallucinogenic mushrooms that was banned in the 1970s.

A Record-High 69% of Americans Support the Legalization of Marijuana, According to a New Quinnipiac University Poll

That’s up by 18% compared to the first time interviewers conducted the survey in 2012, and 12% from 2019. The survey showed that 62% of Republicans favor ending prohibition. In addition, Democrats support the cause as well, with 78% of them being in favor. 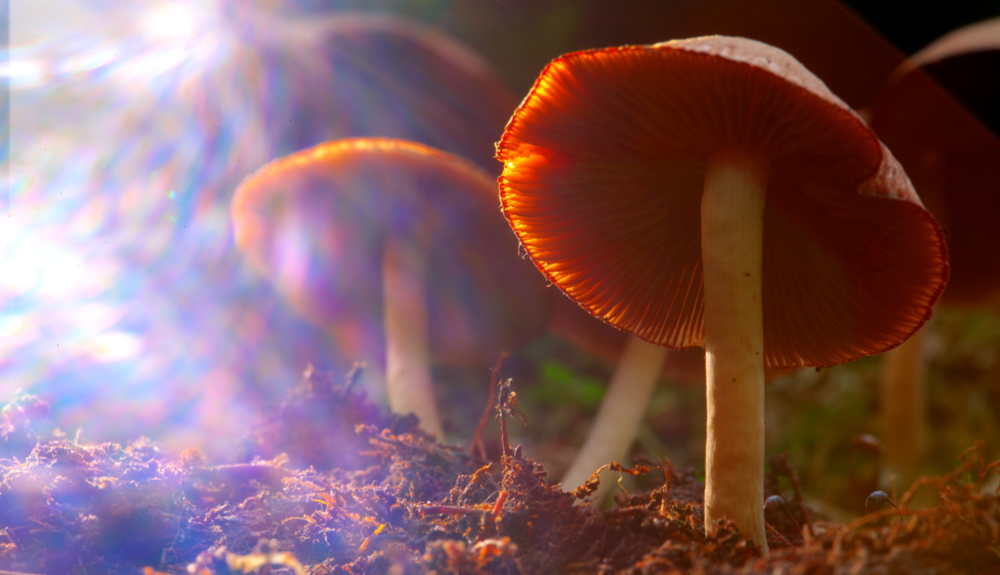 From Magic Mushrooms to Ketamine, Psychedelic Drugs Are Having a Serious Heyday Across the Planet

Currently seeing considerable interest and acceptance by the public to treat emotional distress, the so-called third wave of psychedelics is cresting. And with that swelling attention is the creation of the essential machinery to support the new medical model — including consistent protocols and training preparation for clinicians.

April 20, the most celebrated day in cannabis, is usually marked with copious amounts of pot. Last year, the online marketplace I Heart Jane saw a 35% sales increase the week of 420 versus a typical sales week. Data from Headset shows cannabis sales spikes around 420 in California, Colorado, Nevada, Oregon and Washington. Beverages (54%), topicals (41%) and concentrates (41%) were the highest growers during the period.

3. Could Psilocybin Be as Effective as Antidepressants?

A Small Study Indicates That Psilocybin, the Active Compound in Psychedelic Mushrooms, Could Have Similar Effects to Pharmaceuticals

Over the past few years, there has been an emerging body of evidence that Psilocybin, or the active compound in magic mushrooms, could serve as a potentially effective treatment for major depressive disorder. On Wednesday, the New England Journal of Medicine added to that body of research with a small study from Imperial College London, which indicated that psilocybin could potentially be a more efficient, and equally effective, treatment for depression as a common antidepressant.

The legislation, sponsored by Sen. Scott Wiener (D), advanced through the Health Committee on a 6-2 vote on Wednesday. This comes one week after the Public Safety Committee approved the proposal. If enacted into law, the bill would remove criminal penalties for possessing or sharing numerous Psychedelics—including Psilocybin mushrooms, DMT, MDMA, LSD and Ibogaine—for adults 21 and older.

The U.S. House of Representatives on Monday Approved a Bill to Protect Banks That Service State-Legal Marijuana Businesses From Being Penalized By Federal Regulators

After receiving an initial voice vote earlier in the afternoon, members passed the SAFE Act legislation by a final recorded vote of 321-101. The legislation, which was reintroduced by Rep. Ed Perlmutter (D-CO) and a long bipartisan list of cosponsors last month, was taken up under a process known as suspension of the rules, which does not allow for amendments and requires a 2/3rd supermajority to pass.