In This Week’s Edition, We Recap and Countdown the Top 10 Cannabis and Psychedelics Industry News Stories for the Week of April 5th – 11th, 2021.

Creso Pharma (ASX: CPH) (OTC: COPHF) (FRA: 1X8) also announced That Halucenex Has Entered Into An Advisory Agreement With Biotech Firm Growing Together Research to Expand its R&D Into New Psychedelic Compounds Such as MDMA, LSD and Ketamine.

8. Psychedelics in Groups? First Study of its Kind Shows Potential For Collective Settings

While the Corporate Fanfare Around Psychedelics Continues to Grow, the Reality is the Majority of These Drugs Remain Illegal in Most Countries Around the World, With Few Exceptions for Legal Access

Of course, this hasn’t stopped humans from using them—and one of our favourite ways to trip is collectively. The first-of-its-kind study was conducted by a team of researchers at Imperial College London and led by doctoral student Hannes Kettner. The quantitative look at real-world psychedelic use recruited a total of 886 participants, who were simply required to have a plan to participate in a ceremony or guided group experience involving the use of a Psychedelic, such as Ayahuasca or Psilocybin, of their own accord.

The Full House of Representatives Approved a Cannabis Decriminalization Bill in 2019, But it Did Not Advance in the Senate That Session

A bill to decriminalize Marijuana possession in Texas—as well as a separate proposal to reduce penalties for possessing Cannabis concentrates—advanced out of a key House committee on Friday.

6. Psilocybin Service Centers in Oregon Will Explore and Exploit the Therapeutic ‘Magic’ of Magic Mushrooms

Come 2023, they will be distribution centers for Psilocybin as mandated under Oregon’s Ballot Measure 109, passed by popular vote in November of 2020. They may also be where psilocybin-assisted psychotherapy is given. 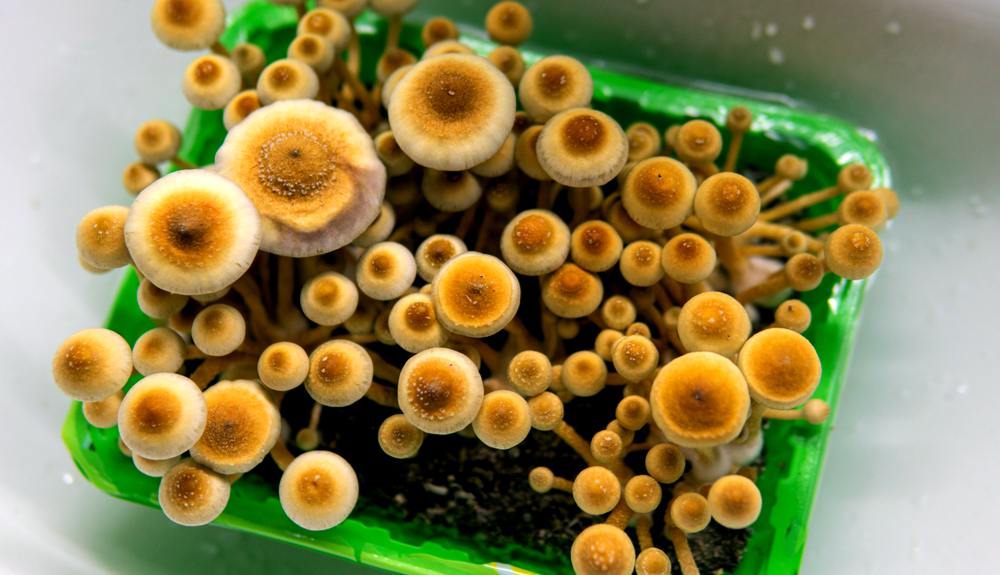 The CEO of Uber (NYSE: UBER) (FRA: UT8) said on Monday that the ride share company will “absolutely” explore adding marijuana deliveries to its services when federal prohibition ends. He said while the company remains focused on grocery and alcohol deliveries, in addition to its core ridesharing service, that’s certainly in the cards if marijuana is federally legalized.

4. Raúl Elizalde on the Benefits of Cannabis Legalization in Mexico, Potentially the Biggest Market in the World

Last November, the Mexican Senate Passed a Recreational Cannabis Project, Taking the First Step on the Road to Potentially Creating the Biggest Cannabis Market in the World

Most recently, the Chamber of Deputies passed the bill with a few changes. The amended bill was supposed to be approved quickly, but Mexican Senate President Eduardo Ramírez revealed two weeks ago there is no consensus on the changes made by the Chamber of Deputies. While it may take longer than expected, Ramírez is enthusiastic about the bill being approved before April 20, when the Congressional season and the current Congressional term ends. Sooner or later, Cannabis legislation in Mexico seems inevitable.

The aim is to compare the efficacy and mechanisms of action of Psilocybin, the primary psychoactive substance in Magic Mushrooms, with escitalopram for major depressive disorder.

From Delaware to Minnesota, Lawmakers Are Still Working to End Prohibition By the Year’s End

With New Mexico, New York and Virginia legalizing marijuana in recent days, one might think the Cannabis reform movement has already achieved its high water mark for 2021. But the fact is, legalization bills are still moving forward in several other states across the country this session.

The Senate Public Safety Committee Approved the Legislation, Sponsored By Sen. Scott Wiener (D), By a Vote of 4-1

A bill to decriminalize Psychedelics in California and create a working group to study broader reform advanced through a Senate committee on Tuesday. The panel also approved separate legislation to allow communities in the state to temporarily open safe consumption sites for illegal drugs. If enacted into law, it would remove criminal penalties for possessing or sharing a wide range of psychedelics—including Psilocybin mushrooms, DMT, Ibogaine, LSD and MDMA—for adults 21 and older.