On October 17, 2018, Canada became just the second country in the world, following Uruguay, to legalize recreational cannabis. According to Statistics Canada, in the year that followed legalization — from October 2018 to September 2019 — cannabis-loving Canucks dropped a grand total of $907,833,000 on non-medical marijuana, which works out to $24 per capita.

And apparently, Ontarians like it the most. Despite having only a single online source — the Ontario Cannabis Store (OCS) — along with 24 licensed brick-and-mortar locations, Ontario was responsible for $217 million worth of recreational cannabis sales, which represents 24% of Canada’s overall sales. The provinces of Alberta and Quebec followed, with sales of $196 million and $195 million respectively.

According to Statistics Canada, the large range in per capita can be partly attributed to in-person retail access. For example, only 9% of Ontarians live within 3km of a licensed cannabis store, while the highest-ranking per capita province, Alberta, has a full 50% of residents living within 3km of a brick-and-mortar cannabis shop.

Sales Were Big, But Expectations Were Bigger

While the nearly $1 billion national sales figure is nothing to sneeze at, especially for a brand new market, it’s actually far lower than many financial experts predicted prior to legalization. For instance, a CIBC report from May 2018 estimated that legal cannabis sales could reach $6.5 billion by 2020, surpassing the annual amount Canadians spend on spirits, and close to the annual amount we spend on wine. Similarly, a June 2018 report released by Deloitte estimated that annual recreational cannabis sales would reach $4.3 billion in the year following legalization.

While it’s not perfectly understood why the early projections were so inaccurate — Speculation run amok? Inflated stock expectations? Illegal cannabis market still going strong? — one thing is clear: online cannabis sales declined considerably following the uptick of brick-and-mortar locations. The Statistics Canada findings reveal that the share of online sales dropped from 43.4% in October 2018 to just 5.9% in September 2019. Meanwhile, the number of brick-and-mortar retail stores rose by 88% between March 2019 and July 219; bringing the total number of brick-and-mortar stores across Canada during the first year of legalization to 400.

In total, the online cannabis stores — mainly operated by provincial wholesalers — generated roughly $120 million in the first year of legalization, while brick-and-mortar retailers raked in $788 million. Therefore, it’s no surprise that provincial players such as the Ontario Cannabis Store reported a loss of $42 million in the fiscal year ending March 31, 2019. Likewise, New Brunswick’s Cannabis NB online store recently reported it was seeking a buyer, amid mounting financial struggles. 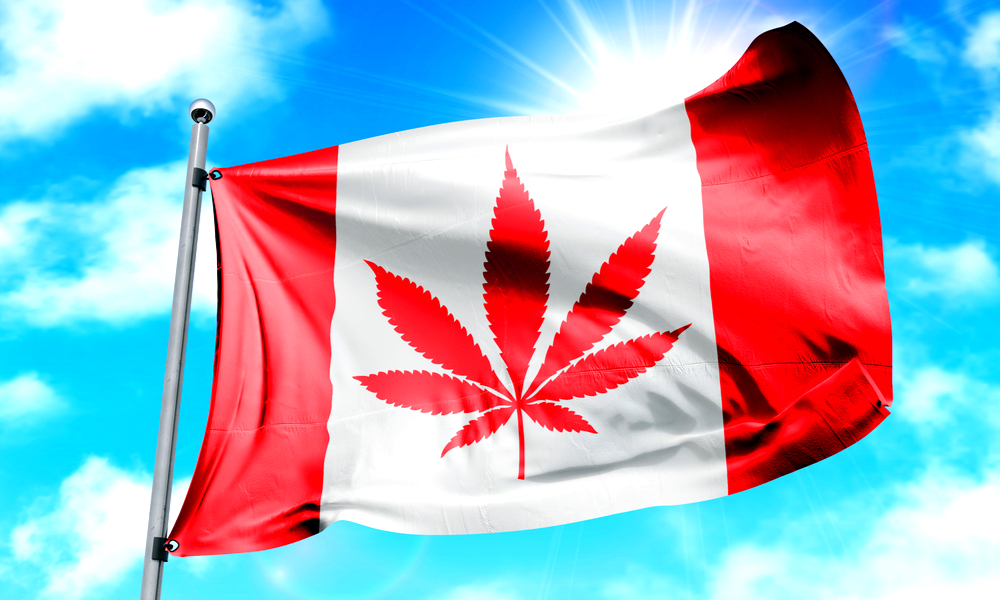 From Undersupply to Oversupply

It’s been a wild and unpredictable first year of legal cannabis in Canada, to say the least.

When the iconic plant was first legalized, online sales exploded and licensed producers struggled to keep up with the sudden demand. But as the young market began to find its footing, the industry struggled to meet the financial expectations of investors and quality, price, and accessibility needs of consumers.

The supply shortage led to a massive spike in production, and by the midway point of 2019, Canada’s internationally famous cannabis market found itself facing a challenge of oversupply.

If there’s one takeaway from Canada’s year-long experiment with legal cannabis, it’s that consumers prefer brick-and-mortar stores to online outlets — in a big way. So it’s no surprise to see licensed producers (LPs) in Ontario such as Canopy Growth (TSX: WEED) (NYSE: CGC) — the country’s most populous province and largest cannabis market — pressuring the provincial government to loosen up the regulations for new brick-and-mortar locations. And based on yesterday’s announcement by the Ontario government that it will expand the retail market and remove the limit on the number of cannabis stores, the pressure appears to be working.

Attorney General Doug Downey made it clear that the Ontario government’s top priority has always been to open the province’s cannabis market as “responsibly” as possible.

“We have said all along that opening more legal stores is the most effective way to combat the illicit market, protect our kids and keep our communities safe,” stated Downey in a press release.

The first steps the Ontario government will take to make this a reality will be to eliminate the temporary cap on the number of private retail cannabis stores in the province and cancel the pre-qualification requirements for prospective retailers.

Under the new plan, the Alcohol and Gaming Commission of Ontario (AGCO) will begin accepting applications on January 6, 2020, and begin authorizing the retail store applications on March 2, 2002. Beginning in April, it is expected the AGCO will start approving applications at a rate of roughly 20 per month.

Ontario retail store operators will now be eligible to own up to 30 cannabis stores in 2020, with that number set to increase to 75 by September 2021. This is huge news for Canadian LPs which have seen their recent quarterly earnings hampered by Ontario’s botched retail rollout. LPs will also now be allowed to open a retail storefront at one of their facilities.

For years, Canadians have purchased controlled substances like alcohol and tobacco in person. There’s just something about the ease of strolling into a store, browsing around a bit, deciding on a product, and having it in your hot little hands right away. No waiting. No wondering. No websites.

Maybe that’s all we want with our weed.