Why Do Psychiatrists Still Avoid Psychedelics? - The Cannabis Investor

Why Do Psychiatrists Still Avoid Psychedelics?

Humphrey Osmond named the new field of study “psychedelic”— Greek for “mind-manifesting” — reasoning that the name “should have a clear meaning, be reasonably easy to spell and pronounce and not be too [much] like some other name.”

More studies using LSD in those early days to treat alcoholism helped establish the existence of serotonin receptors in the brain, further indicating that LSD was not toxic to the brain but actually activated naturally occurring proteins in neuronal membranes.

By the beginning of this century, newer technologies like magnetic resonance imaging (MRI) and the positron emission tomography (PET) scanner have helped demonstrate what psychedelics like LSD were doing inside the human brain—affecting brain flow, electrical activity, and network communication patterns.

What psychedelics do in the brain is relatively new information for today’s psychiatrists, who have been prescribing lithium and other drugs, some of which just dulled the brain, and most of which have to be taken constantly. Psychiatrists dismissed any thought of using LSD after it was listed as a schedule 1 drug by the Drug Enforcement Administration (DEA) in 1970.

Lithium, which fell into obscurity following its discovery in mineral water in the mid-1800s, re-emerged as a treatment for manic depression in the early 1950s. Since then, it has been hailed by psychiatrists as the single most effective treatment in psychiatry, as long as a patient continues taking a regular dosage.

But like most mainstream pharmaceuticals, lithium has a dark side. According to a study about the effects of lithium, the drug can cause kidney damage and issues with fetal development in pregnant women. In high doses, it can cause coma, brain damage, or death.

Patients using lithium often show varying consciousness levels, ranging from mild confusion to delirium. Although the neurological symptoms are mostly reversible, some reports indicate that “symptoms might persist for 12 months and never resolve.”

Other so-called “mood alteration” drugs for depression, such as Prozac, have a list of side effects: weight loss, dizziness, seizures, hives, rashes—or suicidal thinking.

Psychiatrists using these drugs have to face those side effects as trade-offs for whatever good the drug can do, bumping up against the Hippocratic Oath all doctors follow: “First, do no harm.”

There was a time in the 1950s and early 1960s when psychiatrists were heading down the road to exploring psychedelics. In fact, in 1951, LSD was reportedly the subject of a presentation at the annual conference of the American Psychological Association. 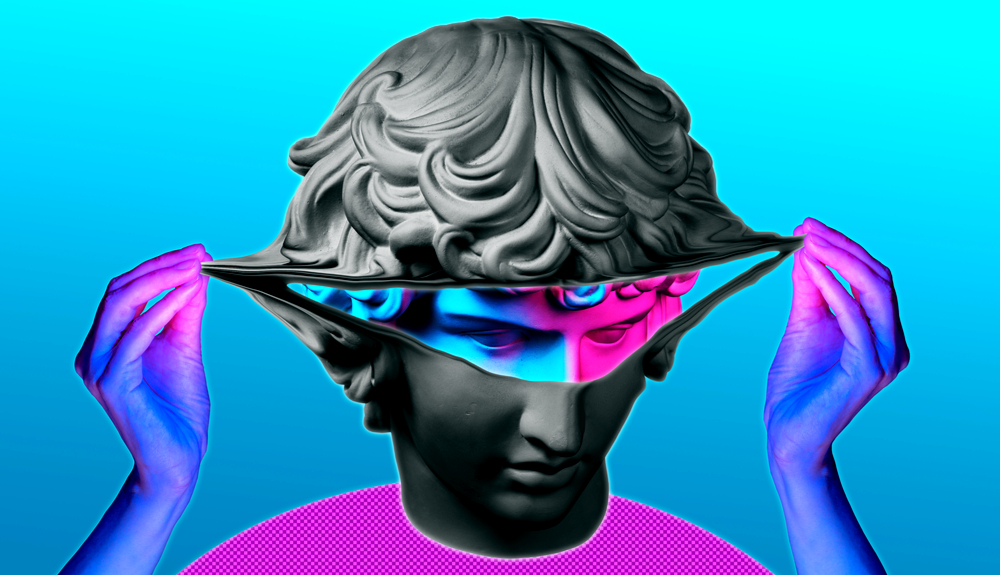 In a 1970 report about psychedelics use in psychiatry, Robert Masters and Jean Houston, co-founders of the Foundation for Mind Research, noted that psychedelic drugs for psychotherapy “has usually been most vigorously challenged or denied by therapists who have done no work at all with the drugs.” In their view, some of the critics “seem ideologically and emotionally threatened by psychedelic therapy, and this has been especially true of psychiatrists heavily committed to psychoanalysis. Psychedelics are emerging at a time when the analysis is increasingly under strong attack. Much of the opposition to the drugs is thus understandable, but also unjustifiable.”

According to a commentary published in 2020 co-authored by David Nutt, director of the neuropsychopharmacology unit at Imperial College London, research leading to the discovery of new pharmacological treatments for psychiatric disorders has been painfully slow. “With a few exceptions, including the use of orexin antagonists for insomnia, current medicines are derivatives of drugs discovered in the 1950s through serendipity and refined through pharmacological modifications,” he wrote. “For these reasons, most major pharmaceutical companies have retreated from researching brain targets, threatening to halt a progression in research knowledge and possibly inducing the same sort of dark age that antibiotic research has found itself in,” Nutt concluded in his report.

Nutt added that one way of looking at the differences between psychedelics and the other drugs used in psychiatry is that current medicines “suppress symptoms in a similar way that insulin suppresses hyperglycemia in diabetes. Standard antidepressants protect against the stressors that lead to and perpetuate depression, but don’t directly access and remedy underlying biopsychosocial causes,” he wrote. “In contrast, psychedelic therapy harnesses a therapeutic window opened up by the brain via the effects of the drugs to facilitate insight and emotional release and, with psychotherapeutic support, a subsequent healthy revision of outlook and lifestyle.”

It’s those sorts of results that are tweaking the interests of psychiatrists, some of whom have migrated into more clinical trial work with psychedelics.

But the biggest problem facing psychiatrists who may want to investigate the efficacy of psychedelics comes down to the same federal substance issues facing cannabis.

The DEA still lists psilocybin and other psychedelics as a Schedule 1 substance (along with cannabis), meaning that they are the worst drugs on the planet and likely to be abused. A licensed psychiatrist could theoretically lose their license if they work with an illicit substance like LSD or psilocybin.

Other countries have the same issues. During an MDMA study in 2018, the Brazilian Health Surveillance Agency (ANVISA) allowed researchers to use psilocybin in a study to treat severe depression. But the research protocol was rejected twice by an ethics review board, which incorrectly stated that these substances could not be used in scientific research. ANVISA eventually changed their minds a year later, after losing a lawsuit, and clinical trials are continuing today.

The DEA wants to help with more research on psychedelics and has stepped up to grant fast track and breakthrough status to various psilocybin development entities recently. So there does appear to be a light at the end of the tunnel.

And even the psychiatrists’ principles of medical ethics appears to offer them a window of allowance into illegal activities: “While no committee or board could offer prior assurance that any illegal activity would not be considered unethical, it is conceivable that an individual could violate a law without being guilty of professionally unethical behavior.”

But beyond the evolving legal issues with psychedelic substances, there is still resistance in the psychiatrist community, as noted in a 2005 article by Dr. Ben Sessa, chief medical officer at Awakn Life Sciences, who is a licensed psychedelics psychotherapist and a medical doctor providing private psychiatric consultation: “Perhaps it is surprising that there remains such considerable ignorance about the potential of these substances from within psychiatry itself,” Sessa wrote. “As with Galileo’s telescope and Darwin’s suggestion of our ascendancy from apes, radical scientific challenges tend to take the form of an attack on the anthropocentric model of the world. In the light of this, research that explores alternative states of consciousness and then offers a viable neurobiological substrate for the very human experience of religious encounter is bound to meet with objection from a generation of psychiatrists who have been conditioned to consider such work as ‘mysticism.’

“Perhaps a more dispassionate criticism based upon scientific reasoning and not influenced by social or political pressures is called for if we are truly to investigate whether these substances can have a useful role in psychiatry today.”