Psychedelics Business Development: Changing the Stigma of the Word ‘Psychedelics’ - The Cannabis Investor

Psychedelics Business Development: Changing the Stigma of the Word ‘Psychedelics’

According to Ben Sessa, LSD had become part of mainstream medicine discussion as early as 1951, when a paper on the subject was presented at the annual conference of the American Psychological Association (APA).

Englishman Aldous Huxley, a Los Angeles-based writer of philosophical mysticism who was nominated seven times for a Pulitzer Prize in literature, wrote a book about his psychedelic experiences with mescaline in 1955, The Doors of Heaven and Hell, which was famously quoted by the founder of The Doors rock group, Jim Morrison, as the inspiration for the group’s name.

By 1965, over 2,000 papers had been published describing positive results using psychedelics for over 40,000 patients, taking psychedelic drugs with few side effects and a high level of safety. The techniques were applied to the treatment of anxiety disorders, obsessive-compulsive disorders, depression, bereavement reactions and sexual dysfunction, among others.

Psychedelics, it seemed, was ready for prime time.

But its popularity as a recreational drug turned researchers away from continuing their work. Many trace the growing exposure of psychedelics as a party drug to the Department of Psychology at Harvard University, where two California Ph.D.’s, Timothy Leary and Richard Alpert, began research on LSD and psilocybin in the mid-60’s, then they were forced out after doing unauthorized experiments with students. From there, LSD entered into the 60’s American counterculture movement.

In the early 70’s, LSD and other psychedelics were criminalized by the U.S. Drug Enforcement Administration (DEA)—along with cannabis—and researchers essentially abandoned their work.

That stigma of psychedelics as illegal drugs continues today, in the form of street names (MDMA is Ecstasy, Ketamine is Special K, LSD is acid). The DEA favors “hallucinogens” in their description of psilocybin, LSD, peyote, ketamine and MDMA. 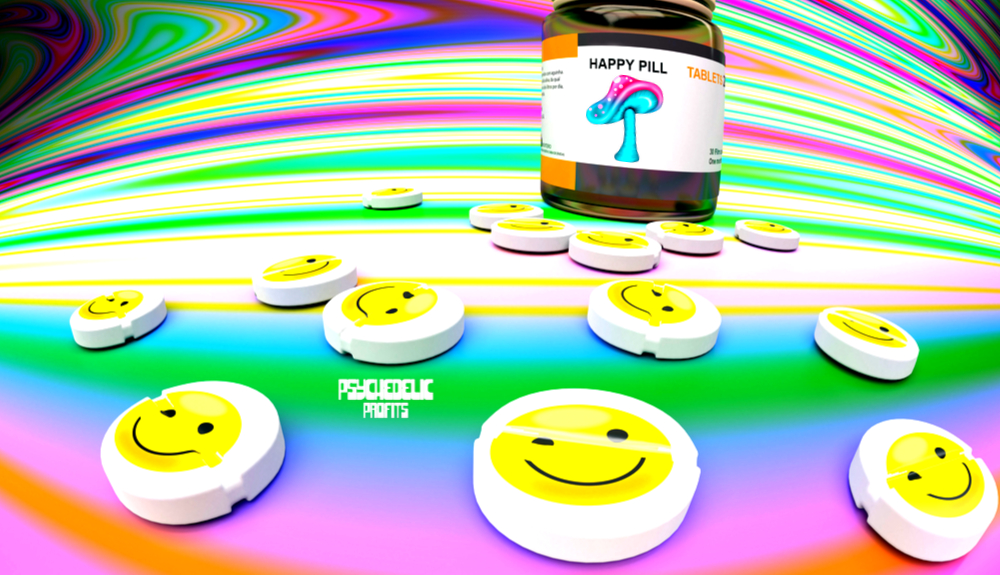 “The biggest antagonist on the industry that we are pioneering is stigma,” JR Rahn, co-founder and CEO of MindMed (NEO: MMED) (OTCQB: MMEDF) (FRA: BGHM), a neuropharmaceutical development company, said during the 2020 Virtual PsyTech Summit in May. “I think what needs to happen is that we need to have more of a dialogue globally on why these medicines can be beneficial to society. I think if you can do that based on regular science and based on data, those are always better conversations to have,” he said. “Data is the key. You can’t have that conversation without that. We are still a ways away from destigmatizing psychedelics completely.”

“I think the science and the eroding of the cultural stigma of psychedelics goes hand in hand,” Brad Burge, the director of communications and marketing for MAPS, said. “The more science we see, the less stigma there is, and the more people are talking about them from a rational standpoint and not just ‘oh my God these drugs are going to kill your children.'”

Researchers point to context as an important point to consider when it comes to creating issues with stigma. A study in the Journal of Psychopharmacology reported that that neglect of this essential component of the psychedelic treatment (set, setting and dosage) model “may account for the rare cases of psychological harm that have been reported in association with psychedelic use which have (disproportionately) contributed to their historical negative stigma.”

Some researchers favor another word for both psychedelics and hallucinogens—entheogen, derived from the Greek roots entheos, meaning “God (theos) within,” and genesthal, meaning “to generate.” An entheogen is then a substance or material that generates God or the divine within someone.

It was a word coined in 1979 by an informal group of ethnobiologists studying shamans.

Words that create stigma are difficult to destroy once they become part of the common usage. The cannabis industry, for example, is facing this same issue, working to replace the words “pot” and “weed”—and even the word marijuana.

It’s proven to be a difficult thing to do.

The popularity of cannabis, with news about the industry development becoming more of a mainstream topic of reporting, has led to such shorthand stigma-inducing terms as “pot banking” in the headline of an article for a national banking magazine, and “WEED” in the title of the stock listing of a major cannabis company.

So as the psychedelics industry continues its exponential growth, investors who have to explain their investments to bankers, and researchers hoping to continue to get grants funded, are faced with explaining the stigma—or perhaps, will become more energized to end it.

“Stigma is the biggest existential threat to what we are working on, undeniably,” Rahn said. “If we let it get away from us, it will stop everything. These are non-traditional medicines. I think we are going to have to take a traditional approach to deploying it. Otherwise, stigma is going to creep up on us. And so that is something that you worry about.”

“We should find a new way to say psychedelics. When we do that, we might come a little closer to removing the stigma,” added Rahn.

💡Also Read: These 2 Companies Could Be Turning LSD, Magic Mushrooms, Ketamine and MDMA into the Next Blockbuster Drugs