During the interview, Brad and Alyssa discuss a variety of topics that include:

Brad Rogers is a highly successful cannabis industry pioneer, business leader and entrepreneur. Before taking the reins of RWB, Brad was the former President and COO of CannTrust from April 2015 until October 2018. After building CannTrust into a top 5 Canadian licensed producer (LP), Brad left the company on his own accord and headed for greener pastures in the United States. Brad saw the immense opportunity in the U.S. and made the move around the same time the Canadian cannabis industry peaked, and long before CannTrust’s Health Canada issues arose.

Brad began his career in the cannabis industry as the co-founder and COO of Mettrum Ltd. from January 2013 until December 2015. Mettrum was acquired by Canopy Growth (TSX: WEED) (NYSE: CGC) in January 2017 for over $400 million, marking the sector’s first mega-merger. 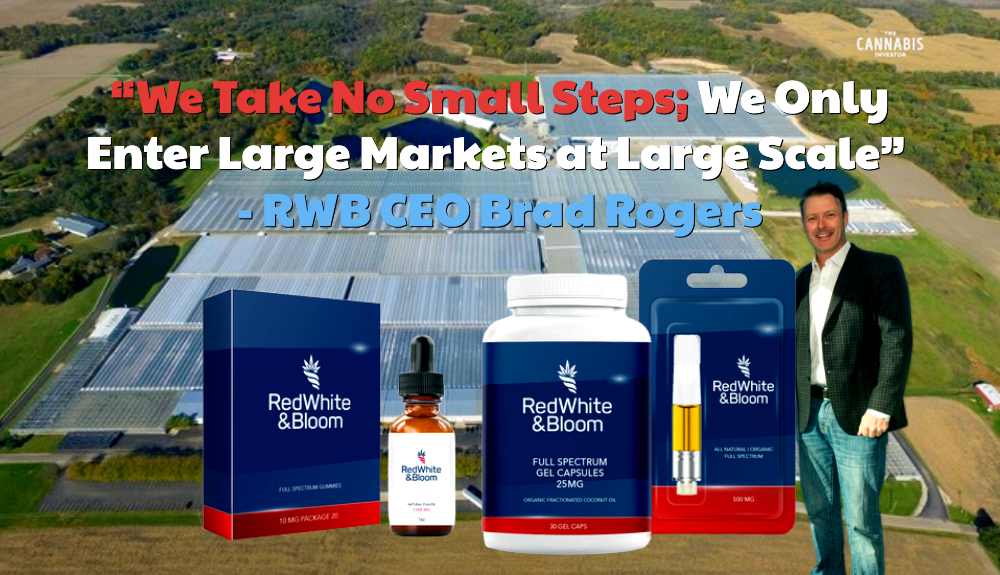 RWB is a Super State Operator

“We have worked diligently to build RWB over the last two years in the face of significant headwinds in the cannabis industry. Despite said challenges, our industry-leading team of professionals has been able to quickly establish a significant presence in the United States. The closing of this Transaction was the next step in our evolution and has bolstered our balance sheet, added Massachusetts assets to our footprint, and has enabled us to become a reporting issuer,” stated Rogers in RWB’s April press release.

Red White & Bloom is the torchbearer leading a new frontier and setting a standard in the American cannabis industry. RWB’s mission is to be the superior and most recognizable cannabis company in the United States. RWB holds its organization to the highest ethical, manufacturing, education, branding and employment standards.

As the first true American Super State Operator, Red White & Bloom’s mandate is to operate at scale in select U.S. states while maintaining a focus on profitability to provide the company’s shareholders and business partners with the highest potential return on investment.

“We’re very disciplined in what we’re doing. We call ourselves Super State Operators. We’re not a multi-state operator. We’re super state, meaning that we go in [states] with a big footprint, and we dominate wherever we go,” explained Rogers in a recent interview with TraderTV Live.

After operating privately until now and raising over USD $100 million, RWB has built quite possibly the most impressive cannabis company to date. RWB and its 660 employees have grown the business, which now has a U.S. footprint that includes 22 individual facilities, with a combined cultivation footprint of over 4 million sq ft spanning the states of Michigan, Illinois and Massachusetts.

The financial side of RWB’s business appears to be in phenomenal condition with the company disclosing the following figures in its investor presentation: 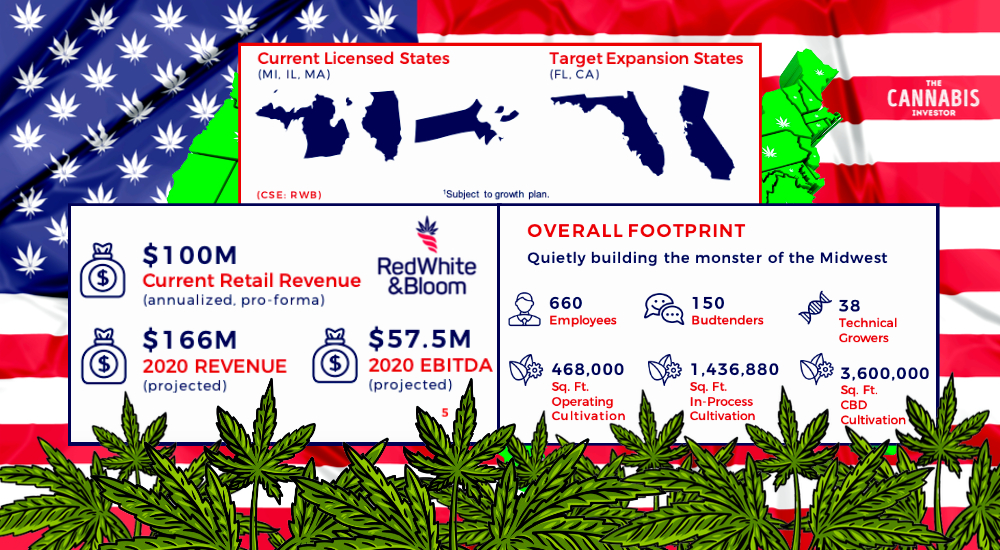 Investors Looking to Learn More About RWB Can Do So Via the Research Links Below: