As a follow on to RWB’s July 22, 2020 press release, the company has also firmed up its deal to acquire Platinum Vape, a thriving and highly profitable U.S. cannabis operator founded by the father-son duo of George and Cody Sadler.

Platinum Vape is a true American success story and a perfect example of what can be achieved when fiscal responsibility is combined with strong leadership and management. The Sadler’s founded Platinum Vape nine years ago with no outside investment. Under their stellar leadership, PV has grown into one of the most impressive cannabis names in the United States.

“After a year and half of hard work by our team, we are now pulling all the pieces together in order to be the driving force in the high-value States we plan to operate in. With the addition Platinum, who comes with one of the highest quality and hardest working management teams having built one of the strongest brands in cannabis, RWB’s future couldn’t be ‘higher,’” commented Brad Rogers, Chairman & CEO of Red White & Bloom.

In addition to acquiring the physical assets of PV, RWB will bolster its leadership with proven industry visionaries as well as acquire PV’s roadmap to profitability, which the company can synergistically combine with its own.

By joining forces with Red White & Bloom, the Sadler’s have arguably put themselves in a position with immense upside.

“Cody and I are so excited that we’re able to execute on all levels needed to get this done. To be successful in this space, you need a solid team, and that’s exactly what we feel we are part of with RWB. The future growth for Platinum, combined with a company that has solid growth, low debt and great direction, is what’s needed to navigate through this space, and that’s what RWB has to offer. We couldn’t be happier with the decision we have made to be a part of the RWB team,” stated Platinum Vape co-founder George Sadler.

According to the terms of the definitive, arms-length agreement to acquire PV entered into on September 1, 2020, RWB will not assume any long-term debt, nor will there be a change of control. The deal is subject to the typical closing conditions and is expected to close in roughly two weeks.

Platinum Vape’s full product line of ultra-premium cannabis products are sold in over 700 retail locations throughout Michigan, California and Oklahoma. PV products currently have an 84% approval rating on the popular site WeedMaps.

Also Read: Red White & Bloom’s Acquisition of Platinum Vape Will Mark a Positive Inflection Point in the Growth of the American Cannabis Industry 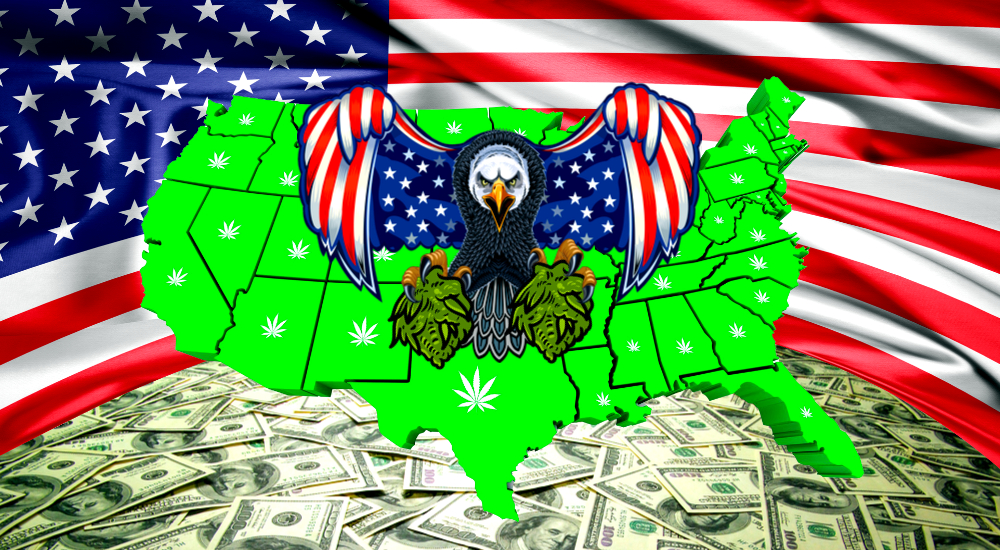 “Also, the expected closing of our Michigan Investee will provide the ability to report some very compelling numbers. I’m looking forward to putting our significant cash raise to work; with our upsized $25 million capital raise, we will continue on our disciplined path of growing this business, returning the most value to Shareholders and Making America Dope again,” added Rogers. 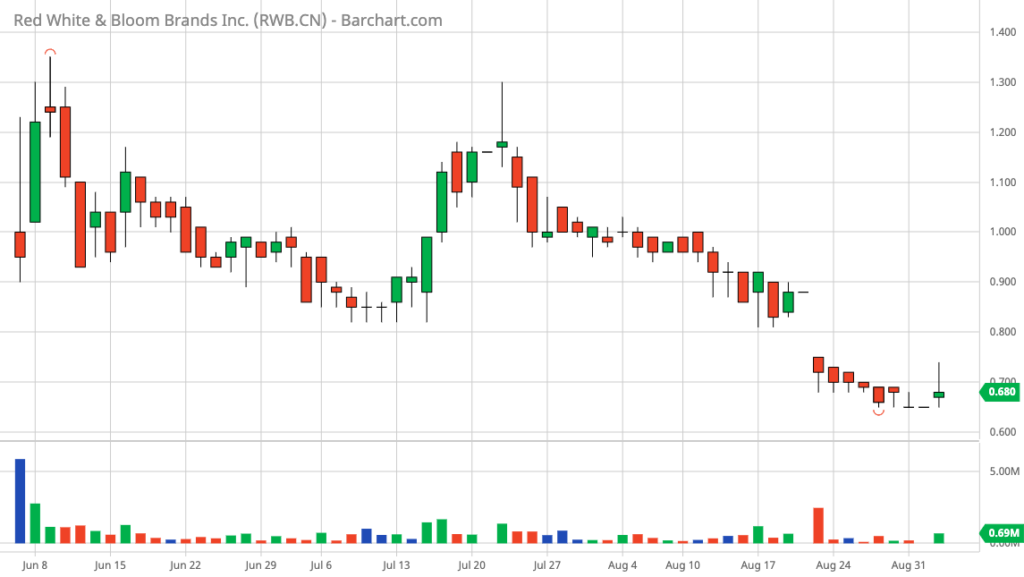