Pushing for U.S. Cannabis Reform? Forget Social Media, Here's How You Can Help - The Cannabis Investor

Pushing for U.S. Cannabis Reform? Forget Social Media, Here’s How You Can Help

It’s Time to End Federal Cannabis Prohibition in the U.S.

Want to know the most effective way to get big things you desire? We’re talking BIG, like roads, bridges, healthcare, and more. Government big. Washington big. Billions big. Huge ideas and projects that can transform countries, counties, cities and home districts—ideas and changes like the legalization of cannabis.

Write a letter. Then write more and get your friends to write them. Write to your Senators, your member of the House of Representatives, and the White House.

This prescription for maximum effect is based on first-hand experience of Capitol Hill staffers and on recent interviews with those who currently run Congressional offices. Lawmakers and the people who funnel information to them about what their voters want still value paper that comes from the home and the heart over anything transmitted over wires, and even above shouting throngs in the hallway or hearing rooms.

Faxes didn’t knock letters off the winner’s stand, and neither did email or social media posts after them. Telegrams didn’t work as well as letters either—the quickest code of the day isn’t the most effective in the long run, even though you may get a quick response tweet. Thoughtful consideration is analog.

Now there are variables to consider of course. If the cannabis legalization community is targeting a turnaround or change of heart on the part of President Trump, what do we know about the way to his brain? Well, short of getting yourself on cable TV news when you know 45 is watching, it’s hard to tell what he pays attention to. Twitter is his primary known input and output, and Trump is not said to be a lover of books or the written word. That said, he understands the power of paper—remember that press conference on emoluments featuring a table piled high with Manila folders? Turns out they were empty, but his people knew the public would love a picture of tangible research, support, and legal weight that would crush your big toe.

So, what if the Oval Office is flooded knee-high with support for cannabis legalization? In the run-up to the 2020 election, a hard pivot toward a green second term might appeal to him as a way to keep opponents on the left and right off balance and confused. 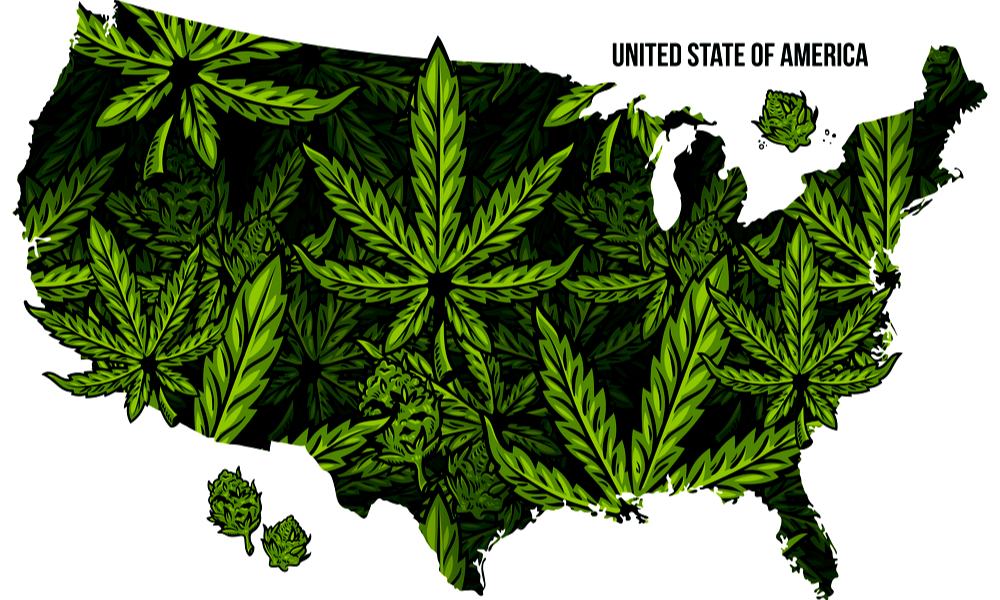 The Tide is Turning Green

There’s also the reality factor, with 33 states having legalized medical marijuana in some form in addition to 11 others along with Washington DC legalizing the plant for adult-use. Cannabis has always been a point of contention within the Republican Party, which has for decades positioned itself both as a party of states rights and of law and order. John Boehner has crossed over to the logical side, many in the GOP’s libertarian wing are in favour of legalization, and along with sentencing reform there seem to be more cracks in the old Charles Bronson-esque approach to crime that dominated the party for decades.

But then we see states’ rights trampled by the right-wing in some cases, with Trump and his administration very recently moving to threaten and then take action on a state policy that they disagree with. In a subject near and dear to many cannabis investors, Trump has attacked the most long-standing and effective automotive emissions regulations in the country, in California. There are some parallels between environmental regulation and drug laws in that both aim to control a potentially negative influence on health and society. However, the effect of pollution does not serve anybody’s health well. Laws on cannabis, on the other hand, should reflect a balanced approach to benefit and reasonable control.

In addition to the clampdown on California’s independent emissions regulations, Trump recently stepped in on a different kind of emission–from vape cartridges and e-cigarettes which are connected with a rising number of deaths. Trump wants to be seen as a saviour by his voter base, and that is, of course, a motivation shared by all politicians. With that being the case, the entire federal electorate and all of its local pockets are entitled to and expected to exercise their voice not only on Election Day but throughout each official’s term.

Call to Action – Keep the Pressure On

Cannabis consumers and investors and those who care about common-sense legislation and regulation should be furiously writing and rallying their friends and fellow community members to the support of this important cause. Maybe the wish lists will turn into reality.

Here’s how you can get involved to help push Cannabis Reform over the line. Stand up and make your voice heard by frequently contacting your Congress Members and State Legislators to let them know where you stand on the issue. Write a letter, send an email and call their office as many times as needed. This strategy has worked countless times in the past and can work again to end the federal ban on cannabis.

For your convenience, we’ve included some links below to get you started. Now go out there and make a difference.