Former CannTrust President Weighs in on the Situation

We are now a little over a week removed from the earthquake that shook the cannabis sector when CannTrust (TSX: TRST) (NYSE: CTST) announced to the investing world that it had failed its Health Canada compliance report. In the days following the bombshell announcement, the story has continued to unfold causing the market to experience several aftershocks which have driven CannTrust’s stock down even further and dragged the share prices of nearly every cannabis stock with it.

CannTrust initially informed investors on July 8, 2019, that the company had failed its Health Canada audit as a result of growing cannabis in 5 rooms at their Pelham, Ontario greenhouse that had not yet been licensed. These events took place during the period between October 2018 – March 2019 and since the company’s announcement, more incriminating allegations against CannTrust have been surfacing.

In an article by the Financial Post dated July 11, 2019, the media outlet spoke with the person responsible for blowing the whistle on CannTrust and their unethical procedures. The whistleblower, Nick Lalonde, was a former employee of CannTrust and he was responsible for the disposal of cannabis at their now infamous Pelham facility for approximately two years. Apparently, Lalonde had seen too much and decided to take action by sending an email to Health Canada on June 14, 2019.

Lalonde’s email went into detail on how CannTrust was allegedly in violation of Health Canada regulations due to their growing of cannabis in the unlicensed rooms. He went on to describe the extensive measures that CannTrust took in order to deceive Health Canada such as hanging white poly walls, to hide thousands of cannabis plants.

“If I wouldn’t have sent that email, CannTrust would’ve still been going along, day-to-day, like nothing, happened,” Lalonde, 28, said in an interview with the Financial Post on Thursday, July 11, 2019. Lalonde went on to say, “Health Canada would have no knowledge of it. Nobody would have any knowledge of this going on.”

Lalonde’s email further detailed that he had actually been the person asked to hang the white poly walls in an attempt to make the Pelham greenhouse room appear empty in the photos that were submitted to Health Canada for licensing.

Lalonde also noted that he, along with other employees of the company, were given directions from their manager to stay late one evening to help hang the walls. Where this directive came from in regards to the higher-ups in the company was unclear. Lalonde eventually became suspicious and asked why they were hanging the walls? All he was told was that they were for “before and after photos.”

It is important to note, at this time, there is no evidence indicating that current CEO Peter Aceto had any knowledge of the alleged fraudulent activities taking place at the Pelham facility. 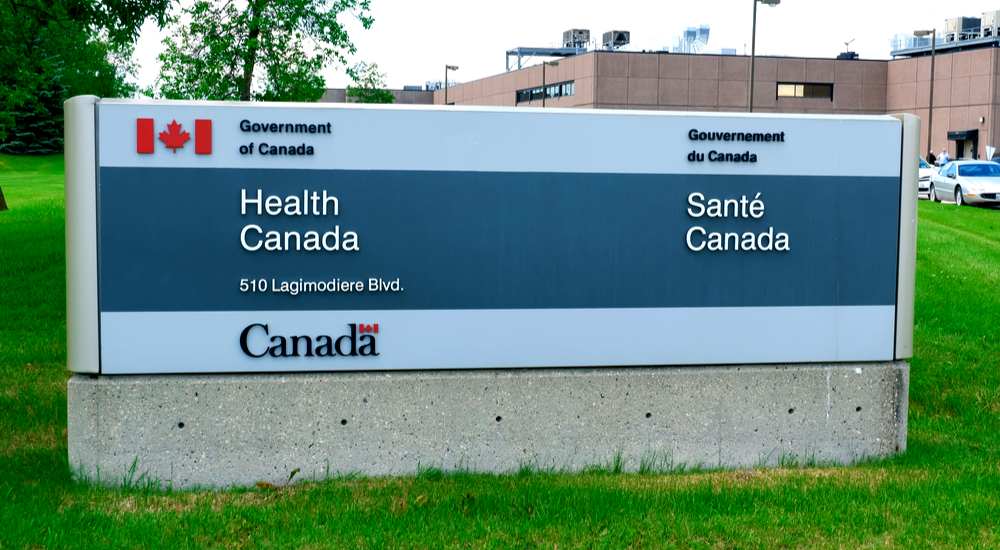 Lalonde implored Health Canada to launch an investigation. He even offered additional information on how they should proceed. Health Canada reportedly took action within days of receiving Lalonde’s email, and the story culminated three weeks later when Health Canada put a hold on 5,200 kgs of cannabis grown in the unlicensed rooms.

“If you look through the camera footage before the dates the pictures were taken and requested you will see us hanging up white poly walls to cover up thousands of plants,” he wrote.

A spokesperson from CannTrust gave a brief statement saying they were unable to “comment on the specific details or the actions of current or former employees” and that they were launching an internal investigation and “bringing in independent experts to deliver their advice to us about how this happened.”

As the CannTrust investigation heats up, the company’s former President, Brad Rogers is speaking out and giving his thoughts on the situation. Rogers lead the Canadian licensed producer for over two years during the period spanning April 2016 to October 2018.

Rogers told BNN Bloomberg that after Health Canada was flooded with applications leading up to Canada’s legalization of adult-use cannabis in October 2018 he witnessed a streamlining for license submissions.

“It got to a point where there was an insatiable appetite for licences. Everybody was going to get into the cannabis industry and Health Canada was inundated with licence applications,” said Rogers.

Brad Rogers is currently the CEO of U.S. multi-state operator Red White & Bloom. Red White & Bloom announced in May of this year the completion of a definitive agreement to merge with Tidal Royalty (CSE: RLTY) (OTCPK: TDRYF). It is anticipated that the new combined entity will change its name to Red White & Bloom and commence trading on the Canadian Securities Exchange (CSE) in the near future under the ticker symbol ‘RWB’.

Rogers comments on the current CannTrust situation come on the heels of Lalonde blowing the whistle on the company. The ex-president went on to say, “to get through the process, I think they tried to streamline it by accepting an evidence package. You would send pictures of your facility, security screenshots and they vetted it remotely and came in for a physical inspection later.”

Share of TRST plummetted more than 50% in the week following the initial new release. The stock rebounded over 20% on Thursday followed by another 10% drop to close out the week.

In Roger’s own words it was an “absolute surprise” when he first got wind of CannTrust’s failed audit. “General shock is the word for me,” he further elaborated.

During his time with CannTrust, Rogers explained that the company’s employees prepared the facilities for the in-person Health Canada inspection and went on to say, “all the pieces were in place for Health Canada to approve the room to get a cultivation licence.” Rogers added, “as I was leaving, Health Canada actually changed the system. They went to an online system, which to some degree was arduous.”

In a phone interview on Monday, BNN Bloomberg got the opportunity to speak with current CannTrust CEO Peter Aceto on the matter. Aceto informed them that he expects the newly formed Special Committee to produce a report within the next month detailing how his company was able to grow 1,000’s of kgs of cannabis in unlicensed greenhouse rooms.

Aceto also informed them that the company has retained a third-party firm to conduct a “root cause analysis” in an attempt to provide him and CannTrust with a “clear view” of the events that transpired in the lead up to the failed Health Canada inspection.

Rogers also mentioned that he has held onto most of the shares he was assigned when he first started working for CannTrust. He admits it “would really be a shame” if the worst-case scenario were to play out ending in Health Canada ultimately revoking CannTrust’s production licence.

Rogers concluded by saying, “I think the company has great bones and great people. How Health Canada handles it will be up to them but it would be a shame to shut that company down or do anything punitive to the people who really care about the business and doing great work there.”

If CannTrust is able to avoid the max penalty of losing their production license than this very negative situation could turn into the ultimate opportunity for investors. Obviously, CannTrust has a lot of work to do before they can be fully trusted again but if this turns out to be just an isolated incidence then one would have to assume it would likely never happen again.

For investors looking to learn more about CannTrust and do some additional due diligence you can access the company’s IR Website Here and their Investor Presentation Here.

We’ll continue to monitor this developing story and provide our readers with updates as they become available. Stay tuned for follow up stories on CannTrust.

Also, be sure to add Red White & Bloom (CSE: RWB) to your market watchlist and keep an eye out for news on their inaugural trading date. RWB has the potential to be the largest U.S. multi-state operator to date. With the possibility of the U.S. Federal ban being lifted in the not too distant future, all signs point to the United States being the next major growth driver in the cannabis sector.

Michigan Medical Marijuana Sales Top $42 Million in 4 Months, Introducing the Next Big Player in the State

Disclaimer: The Cannabis Investor owns a position in RWB