Cannabis Seasonality: Where to Allocate Capital for the Fall Rally - The Cannabis Investor

Cannabis Seasonality: Where to Allocate Capital for the Fall Rally

Summer is not a good time for cannabis investors. For whatever reason, share prices seem to plunge in the warmer months. The trend held true in 2017, 2018 and is currently afflicting investors in 2019. In both 2017 and 2018, there were large upswings in the latter months of the year. Should the trend hold true and the sector rallies in the fall and winter, the question becomes where to position one’s capital to capture the most gains.

The United States is moving inexorably toward the Federal legalization of cannabis nationwide. Progress is being made on multiple fronts, with individual states legalizing cannabis for recreational use and U.S. Congressmen advancing a variety of bills through Congress. This past June, Illinois became the 11th state to legalize recreational cannabis; over 82 million Americans (~25% of the population) now live in a state where recreational cannabis is legal.

Perhaps the most important pieces of legislation being considered by Congress are the Secure and Fair Enforcement (SAFE) Banking Act and the Strengthening of the Tenth Amendment Through Entrusting States (STATES) Act. If passed, both of these bills would have a tremendous impact on the cannabis industry.

The SAFE Banking Act would, “create protections for depository institutions that provide financial services to cannabis-related legitimate businesses and service providers for such businesses, and for other purposes.” Basically, it would remove the Federal ban on banks doing business with cannabis companies. This would allow companies to operate more efficiently and effectively by reducing their reliance on cash.

The STATES Act would “…ensures that each State has the right to determine for itself the best approach to marijuana within its borders.” The bill would effectively end the Federal prohibition of cannabis, leaving the issue up to individual states. This would have widespread effects for the industry, including allowing inter-state cannabis sales, companies uplisting to the higher exchanges such as the NYSE or NASDAQ and, most importantly, international operations.

Both bills have attracted bipartisan support in Congress. Further progress is expected in the coming months, which might be just the catalyst to spark the anticipated rally. 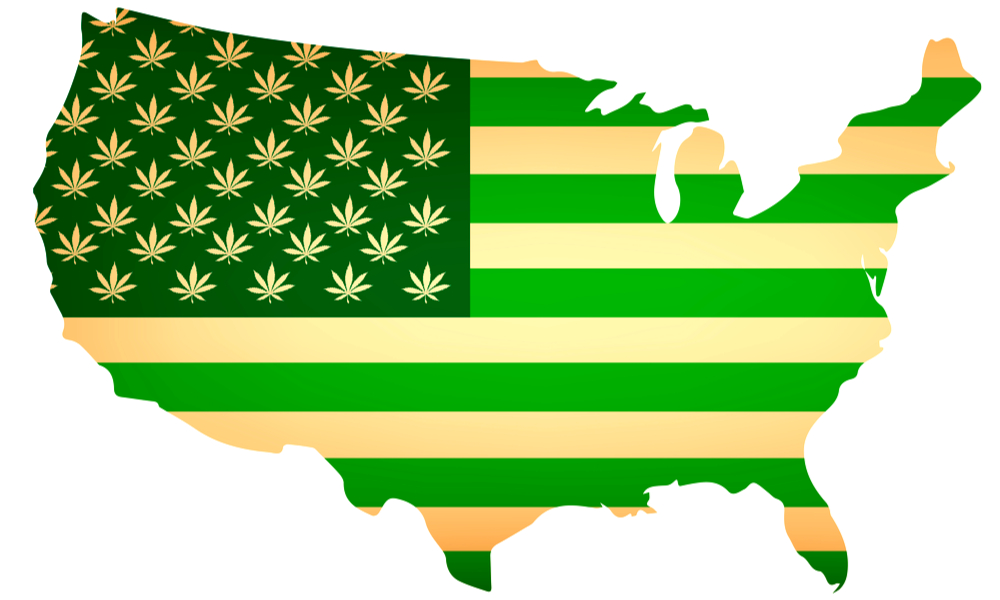 The United States is trailing Canada in the race to dominate the global cannabis industry, but only because of the slow pace of marijuana law reform. This has allowed Canadian firms to begin establishing international operations while American companies can’t even have bank accounts. Companies like Canopy Growth (TSX: WEED) (NYSE: CGC) and Aurora Cannabis (TSX: ACB) (NYSE: ACB) have been able to leverage these overseas opportunities into huge market caps. These large market caps don’t appear to be justified given their current revenue and unprofitability. Smaller U.S. companies have seen their revenue ramp-up and have begun to rival the numbers produced by many of the Canadian licensed producers, but with much lower market caps, resulting in much more attractive price to sales ratios.

While their international efforts have been impressive, the larger Canadian companies have addressable markets that are dwarfed by the potential the United States has to offer. The state of California alone has more citizens than all of Canada. If the United States adopts nationwide, adult-use cannabis regulations, U.S. companies will quickly overtake their Canadian counterparts in the available market. The revenues that will follow should cause the American companies to surpass the Canadians in revenue generation.

Some of the Canadian companies are savvy to what’s happening in the United States and have decided to enter the market preemptively. Canopy Growth made a deal for the option to acquire Acreage Holdings (CSE: ACRG) (OTCQX: ACRGF) that will take effect once the United States removes the federal prohibition of cannabis. Canopy is also constructing a hemp processing facility in New York State. Meanwhile, Aurora spun off Australis Capital (CSE: AUSA) (OTCQB: AUSAF) in order to invest in American assets.

With cannabis stocks on the downturn, there is an opportunity to catch the anticipated upswing in the fall and winter. Continued positive legislative momentum and their smaller market caps make American companies more attractive than their Canadian counterparts at this time.

We believe the next major rally in the cannabis sector will be catalyzed by U.S. Federal cannabis reform.

Below is our list of top U.S. multi-state operators that you could consider investing in.