Welcome to the Cannabis Countdown. In this week’s rendition we’ll recap and countdown the top 10 marijuana industry news stories for the week of July 8th – 14th, 2019.

10. U.S. Growing Largest Crop of Marijuana for Research in 5 Years

The U.S. government is growing the largest crop of research marijuana in five years, responding to interest in varieties with high levels of THC and CBD.

The government is the only source of pot for nearly all research in the U.S., while it still considers it illegal and dangerous. Scientists have asked for weed that more closely matches what’s sold in states that have legalized medical or recreational marijuana, the National Institute on Drug Abuse said in an email Thursday to The Associated Press.

The three-judge panel’s ruling upheld in part a decision issued last year by Leon County Circuit Judge Charles Dodson, who sided with Tampa-based Florigrown in a lawsuit alleging a state law, passed during a 2017 special legislative session, did not properly carry out the amendment.

Canada’s cannabis operators face a “wake-up call” to improve governance and compliance standards after CannTrust Holdings (TSX: TRST) (NYSE: CTST) ran afoul of Health Canada regulations in the latest misstep by the nascent industry, according to a top lawyer specializing in the industry.

“This is a wake-up call for the cannabis space in a bunch of ways,” said Eric Foster, partner at Dentons and co-head of the Toronto-based law firm’s cannabis practice, in a phone interview with BNN Bloomberg.

7. Here’s How Much Your State Will Spend on Recreational Cannabis in 2019

Last year, according to the newest State of the Legal Cannabis Markets report from Arcview Market Research and BDS Analytics, licensed-store sales topped $10 billion globally for the first time in history, and worldwide revenue for licensed sales could grow at slightly more than 24% a year through 2024.

These eight states are battling for your recreational cannabis dollars in 2019. Based on projected adult-use marijuana spending in 2019, here are the results, according to Arcview and BDS:

6. Province Rakes in $30 Million from Cannabis Tax in First Six Months of Legalization

The Alberta government scored $30 million in cannabis taxes in the first half-year of recreational pot legalization.

Alberta Gaming, Liquor and Cannabis also took in nearly $77 million from Oct. 17, 2018, until March 31 of this year from both its online sales, for which it has a monopoly in Alberta, and through its sales to private pot retailers.

From those purchases, it recorded a profit of $4.7 million. 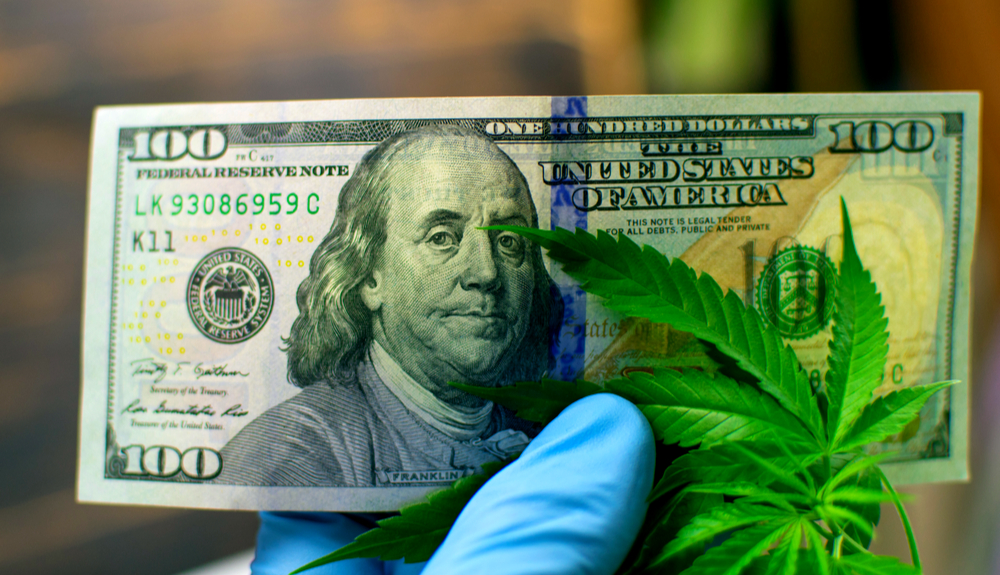 Jay-Z is one of the most dynamic figures in contemporary culture. He is a master of transformation, a modern-day alchemist who seems capable of turning virtually anything he touches into part of an ever-growing cultural, artistic, business, and financial empire.

Now, he’s turning his attention to the legal cannabis space. And in typical Jay-Z form, his entry into the legal industry is promising to be transformative—not only for the artist but for the industry as a whole.

4. No Sign of Letup in Deal-Making in Cannabis Sector Despite the Pullback at Canopy Growth

Cannabis-industry pioneer Bruce Linton’s sudden departure from Canopy Growth (TSX: WEED) (NYSE: CGC) signals the company’s pullback from its own frenetic pace of expansion, but the sector’s deal flow shows no sign of letting up.

The forces that have generated billions of dollars in pot deals remain. They include a need for consolidation among hundreds of current and would-be holders of Canadian cultivation licences, a push to expand product offerings into oils, extracts and edibles and the expectation that Washington will legalize cannabis at the federal level in the United States.

3. Colorado Grows Annual Cannabis Sales to $1 Billion as Other States Struggle to Gain a Market Foothold

On Jan. 1, 2014, Colorado launched what many considered a controversial experiment: It became the first state in the country to legalize recreational cannabis. No one was sure how things would play out. Now, more than five years after the first pot shops opened their doors in Colorado, it’s clear the experiment has been a success.

On June 12 the state announced that it surpassed $1 billion in total cannabis-related revenue, the first state in the country to hit that milestone. Companies also have made more than $6.5 billion in sales over the last five years, with April and May of this year the highest-grossing months since legalization.

2. The Debate Over How, Not Whether, Congress Should Legalize Marijuana is Heating Up

With a congressional committee set to hold a first-ever hearing on ending federal marijuana prohibition on Wednesday, debate among legalization advocates over which piece of cannabis reform legislation would be the most effective and politically achievable is intensifying.

“For the first time in recent history, the Judiciary Committee is going to be having a candid conversation about what reform should look like and how federal criminalization impacts the existing tension between state-legal programs and what changes in federal policy will impact and influence future reform efforts made at the state level to end the practice of otherwise law-abiding adults being put into handcuffs or discriminated against and treated like second-class citizens,” Justin Strekal, political director of NORML, told Marijuana Moment.

Last week, the cannabis world was buzzing about the prospect of a major congressional subcommittee meeting to discuss the end of federal cannabis prohibition in the U.S.

The historic congressional hearing was held in Washington, D.C., on Wednesday, July 10 and left one Congressman feeling that Federal cannabis legalization in the United States was imminent.