In This Week’s Edition, We Recap and Countdown the Top 10 Cannabis and Psychedelics Industry News Stories for the Week of April 19th – 25th, 2021.

Introduced in February by Sen. Scott Wiener, SB 519 would remove penalties for the possession, personal use and social sharing of certain natural and synthetic psychoactive drugs including Psilocybin, psilocyn, DMT, Ibogaine, Mescaline, LSD, Ketamine and MDMA. The legislation would also expunge the criminal records of those charged with low-level Psychedelics convictions.

The package of legislation is aimed at establishing parity for cannabis businesses, which are currently prohibited from receiving federal aid due to marijuana still being classified as a Schedule I controlled substance. The country’s legal cannabis industry nevertheless now supports nearly 320,000 full-time jobs in the U.S., according to industry estimates.

And the experts who spoke at the first event said in response to Marijuana Moment’s questions that federal drug laws are out of step with voters and undermine the research objectives of the scientific community. The National Cancer Institute (NCI), under the National Institutes of Health (NIH), which is hosting the events, says that while federal law classifies the psychedelic as a Schedule I substance with no currently accepted medical value, clinical trials “are researching psilocybin to treat cancer-related depression, for example, and moreover for its potential medicinal application in treating a range of severe psychiatric disorders.”

Canopy Growth (TSX: WEED) (NYSE: CGC) (FRA: 11L1) announced recently that it would be acquiring Supreme Cannabis (TSX: FIRE) (OTCQX: SPRWF) (FRA: 53S1)  for a cool $435 million. It’s a somewhat curious move, as Canopy Growth has been divesting, not acquiring, Canadian assets recently. Reaction from investors has been muted, as the stock price has not seen a large swing in either direction since the deal was announced.

6. Psychedelics: A Growing Market in Canada

For Centuries, Psychedelics Have Provided Spiritual and Medicinal Benefits for Various Cultures

As the world deals with a global mental health crisis, Canada has become a home for research into the therapeutic potential of psychedelics in drugs. As research continues, so does the push for psychedelic solutions to mental health problems. Whether they are natural or synthetic, psychedelics are psychoactive substances that can affect a user’s perception, mood, and cognitive processing. Two of the most widely studied substances in Canada are psilocybin and Ketamine. 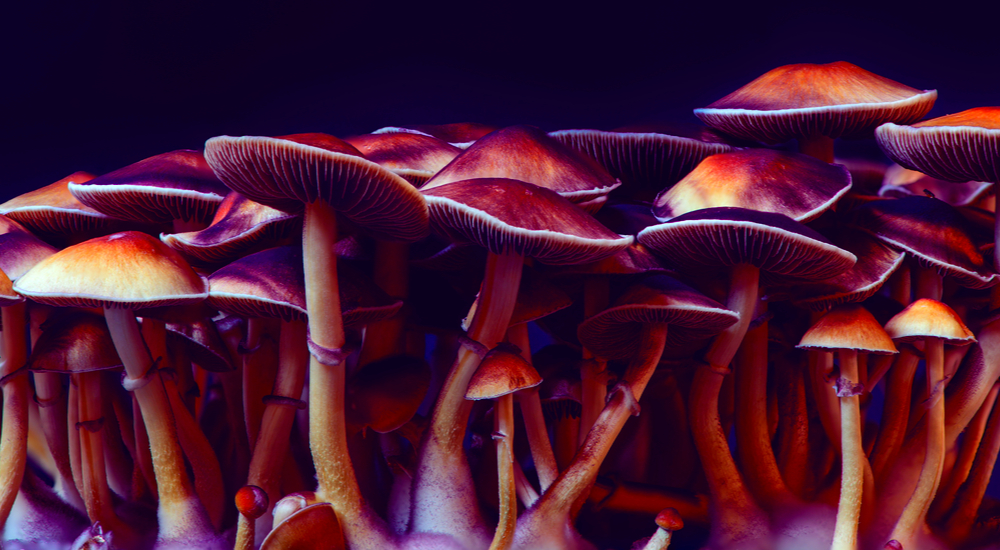 The prospect of such a one-two punch has raised alarm bells among cannabis tax experts.

The Race is Continually Heating Up in the Psychedelics Space

An array of companies, educational institutions and investors have already obtained patents on formulations, processes, compounds and other aspects of psychedelics treatment. The race has heated to such a degree that certain compounds, like psilocybin, have patent trackers to keep abreast of the market. While exciting, the development of the space creates a discussion around psychedelic patent ethics. In early 2021, Compass Pathways (NASDAQ: CMPS) made headlines for its patent applications.

3. Cannabis Analyst: SAFE Act Won’t Make it to Senate Vote, But It’s Part of a ‘Compromise Scenario’ on Federal Legalization

The U.S. House of Representatives Voted for the Secure and Fair Enforcement Banking Act for the Fourth time, but the Bill Aimed at Enabling Banks to Provide its Services to State-Legal Cannabis Businesses Never Before Passed to the Senate Floor

Cantor Fitzgerald’s analyst Pablo Zuanic doesn’t see the bill reaching a Senate vote either, as leading Democrats there are pushing for broader reform, and not for “isolated federal level changes” for the industry. Back in March, Senate Majority Leader Chuck Schumer held a short conference with Senate Finance Committee Chairman Ron Wyden (D-OR) and Sen. Cory Booker (D-NJ) sharing their actions on drafting extensive reform legislation. Just last week, Schumer announced his plans to introduce a federal legalization bill soon. “Once it is introduced, it will go on the floor,” Schumer said.

They’re Nearer Than Ever, But Don’t Compare it to Cannabis

Psychedelic drug developer MindMed (NEO: MMED) (OTCQB: MMEDF) (FRA: MMQ) will be listed on the NASDAQ today, becoming the second company of its kind to go public in the US. Compass Pathways (NASDAQ: CMPS) is already trading publicly, and Peter Thiel-backed ATAI Life Sciences could make it three: It just filed for an IPO last week. According to MindMed CEO JR Rahn, the growth of psychedelics companies is tied to increased awareness of mental health challenges during the pandemic. MindMed’s therapeutics try to improve mental health with treatments that utilize ingredients including MDMA, LSD, and Psilocybin of shrooms fame.

1. These States Could Still Legalize Recreational or Medical Cannabis in 2021

Several More States Could Legalize Adult-Use or Medical Marijuana Before Their Legislative Sessions Adjourn in 2021, Possibly Generating Hundreds of Millions of Dollars in New Business Opportunities in the Coming Years

Now that New Jersey and New York legalized recreational marijuana programs – which together are expected to produce more than $4 billion in annual sales within a few years of launching – industry experts are keeping a close eye on the East Coast states of Connecticut, Delaware and Rhode Island. Virginia and New Mexico already legalized adult-use through their legislatures this year. Together these two states are expected to generate around $2 billion in annual revenue five years after sales begin.