In 2020, Illinois and Michigan legalized adult-use cannabis. The corresponding explosion in sales has the nation’s top Multi-State Operators (MSOs) jockeying for position in these new lucrative U.S. markets.

The 2020 U.S. Election is almost upon us. Along with the excitement surrounding the race for the Presidency between Donald Trump and Joe Biden, the cannabis industry could see nearly a dozen new states enter the picture by legalizing medical or recreational cannabis. Another heavily populated state that top MSOs have their eye on, is Pennsylvania.

The citizens of Pennsylvania first legalized cannabis for medical use in 2016, when the state legislature overwhelmingly passed Senate Bill 3. Much like other medical states, the bill allowed cannabis use only with a prescription from a doctor. Pennsylvania residents apparently aren’t satisfied with medical-only and have been pushing for recreational use.

Having previously pushed for medical legalization, Governor Wolf has been advocating for adult-use legalization since at least December 2018, when he stated: “More and more states are successfully implementing marijuana legalization, and we need to keep learning from their efforts. Any change would take legislation. But I think it is time for Pennsylvania to take a serious and honest look at recreational marijuana.”

Governor Wolf beliefs the need for legal recreational cannabis is even greater in the post-COVID-19 world. At a September press conference, Wolf said: “I thought last year was the right time to do it. It’s still the right time to do it, and, if anything, there’s even more urgency now because of where we are with the COVID-19 pandemic. We’ve had a real reduction in revenues.”

This strong push by the governor is music to the ears of cannabis executives throughout the U.S; Pennsylvania has a population of nearly 13 million, making it the 5th most populated state. The cannabis market is estimated to be greater than $3 billion. Pot companies want nothing more than to establish a strong presence in large cities like Philadelphia and Pittsburgh. 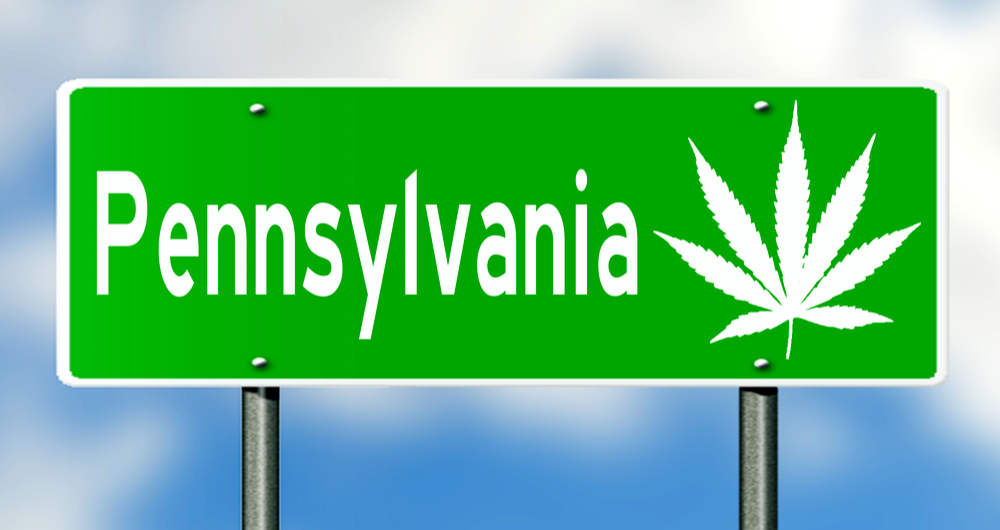 Leading MSOs in The Keystone State

Curaleaf (CSE: CURA) (OTCQX: CURLF) is the largest player in Pennsylvania, with nine dispensaries, 125,000 sq ft of cultivation space and the largest share of the state market. Curaleaf plans to open two additional dispensaries before the end of 2020. The company also has another seven licenses in hand, which it intends to use once the market develops, and further supply comes online.

Cresco Labs (CSE: CL) (OTCQX: CRLBF) is taking a different approach compared to Curaleaf and Green Thumb. Cresco’s plan includes forgoing retail operations to pursue a wholesale business strategy. The company started the year in Pennsylvania with 22,000 sq ft of cultivation space and recently completed an expansion to 88,000 sg ft. By eliminating the need to invest in retail outlets, Cresco will have the ability to preserve capital and focus on driving margins through its branded products, which it distributes to 3rd party dispensaries throughout the state.

Ayr Strategies (CSE: AYR.A) (OTCQX: AYRSF) is one of the more recent cannabis names to enter the Pennsylvania market. Ayr management was initially hesitant to enter new states, as the company preferred to focus on its core markets of Massachusetts and Nevada. However, the limited availability of cannabis licenses in Pennsylvania and the state’s large population seem to have been too big of an opportunity for Ayr to pass on. Last month, the company signed a $57 million deal to acquire six dispensary licenses and a 143,000 sq ft cultivation and production facility. Three of the dispensaries are slated to open before the end of 2020, with the remaining three expected to open its doors early next year. Cost savings and other synergies will allow Ayr to maintain the strong margins it currently enjoys in Massachusetts and Nevada.

Trulieve (CSE: TRUL) (OTCQX: TCNNF) recently announced its intention to enter the Pennsylvania market via two separate business deals. First, Trulieve intends to acquire leading medical cannabis cultivator, producer and wholesaler PurePenn in a deal valued at up $106 million. In exchange for PurePenn, Trulieve will pay $46 million in cash and stock upfront, plus up to an additional $60 million in stock if certain EBITDA milestones are reached. PurePenn operates a 35,000 sq ft facility, set to expand to 90,000 sq ft by the first quarter of 2021.

Trulieve is also moving forward with a deal to acquire Solevo Wellness, which owns three fully operational dispensaries in prime locations throughout Pittsburgh. The Solevo Wellness transaction consists of an upfront $20 million half cash, half stock payment, as well as an additional earn-out payment of up to $15 million in stock should certain EBITDA milestones be reached.

Trulieve plans to supply its new dispensaries with PurePenn products, thus creating a vertically integrated operation similar to the structure the company operates in its home state of Florida. Considering Trulieve’s massive success in Florida, look for the company’s management to apply the lessons learned in the Sunshine state to its new Pennsylvania cannabis operations.

The patchwork nature of cannabis legalization in the U.S. means that each state offers its own opportunities and challenges. It also means that companies must be ready and able to capitalize whenever a new state legalizes cannabis. Pennsylvania is currently a medical cannabis state, providing MSOs with an opportunity to enter the state before adult-use legalization and establish a foothold on the market. Several large cannabis companies have entered the Pennsylvania market since medical marijuana was legalized. However, the entrance of more prudent MSOs such as Trulieve and AYR Strategies could signal that adult-use cannabis legalization in the Keystone State is right around the corner.