Sweden’s Government Loaded Up on These 2 Marijuana Stocks

It looks like the Swedish government is not so opposed to all things green. Although Sweden’s marijuana laws are some of the harshest in all of Europe, the Swedish Government have announced they have taken a very large stake in two Canadian cannabis companies.

The Government only focused on buying 2 companies, who are known to be highly liquid and trade over 30 million shares per month. Aurora Cannabis (TSX: ACB) (NYSE: ACB) and Canopy Growth Corp (TSX: WEED) (NYSE: CGC) met the Swedish government’s criteria and were added to their portfolio. According to sources the Government run pension fund AP7 has acquired a substantial stake in Aurora Cannabis and Canopy Growth and has seen recent valuations take off from $63 million to over $100 million Swedish Kronor this spring. Why is the Swedish government pension fund moving into Cannabis? We believe the answer is quite simple.

First and foremost the AP7 Equity Fund follows suit of the MSCI ACWI Index. So when that index fund added Aurora and Canopy, the AP7 casually mirrored the trades and bought up shares of both. The Council on Ethics of Sweden’s AP Funds voiced their distaste in buying cannabis stocks, however, the AP7 Fund’s managers chose to ignore their recommendation. The AP7 fund also looks towards cannabis as a way to continue to globally diversify its holdings. It is already known as one of the more exposed European pension funds, with holdings across more than 2700 stocks and 11 different sectors. With Aurora Cannabis and Canopy Growth both having their aim set on slowly opening global and European cannabis markets, this also gives them future exposure outside of North America. 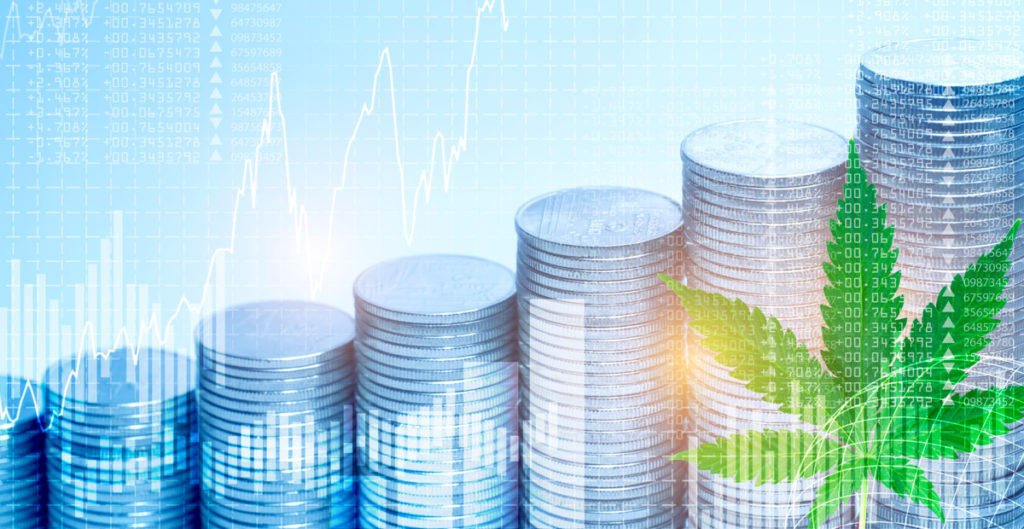 Although the AP7 is not blacklisting cannabis stocks at this point, Johan Floren who is their head of communications said that the stocks could be blacklisted in the future if other regulatory bodies put up a fight. Sweden, however, is not the first government body to take an interest in cannabis stocks. Canada’s public sector pension fund also bought shares of licensed cannabis producers such as Aphria (TSX: APHA) (NYSE: APHA), Cronos Group (TSX: CRON) (NASDAQ: CRON), Aurora Cannabis, and Canopy Growth. By the end of 2018, they had seen their largest stake in Canopy Growth valued over $15 million. California is also following suit, as their Public Employees’ Retirement System (CalPERS) invested into two marijuana stocks as well. They bought small amounts of Tilray (NASDAQ: TLRY) and INSYS Therapeutics (NASDAQ: INSY), straying from the other popular legal producers. They also purchased Constellation Brands (NYSE: STZ) because of their reach into the sector and partnership with Canopy Growth.

When analyzing the effect of these pension funds buying into cannabis stocks versus the broader markets, it does advocate for the overall longevity and strength of the industry. If a pension fund is considering cannabis stocks, it is very likely because they believe it will outperform the markets, not because they are enthusiasts trying to support any sort of social movement. For a very long time governments frowned upon marijuana stocks as purely speculative and risky, but as markets continue to mature we should see many funds follow suit. This eventual flow of institutional money could be another catalyst that pushes the overall cannabis sector to new highs. The global cannabis industry remains untapped and represents a massive opportunity for all prospective investors.

Stay connected to the story and Happy Investing!