It has been a rough 2021 for cannabis investors. After the Democrats captured the U.S. presidency and gained control of both houses of Congress, many assumed that long-anticipated reforms to cannabis laws were forthcoming. Ever since the balance of power has shifted, the new Senate Majority Leader, Chuck Schumer (D-NY), has repeatedly told the country that reform was coming “soon.”

Eight months after gaining total control over the U.S. legislature, Schumer has yet to follow through on his “soon” promise. Schumer’s sponsored bill, The Cannabis Administration & Opportunity Act (CAOA), would end the federal prohibition of cannabis, but the bill has not been formally put up for a vote. Despite not having enough support even among some moderate Democrats (including President Biden), Schumer seems intent on going for all-or-nothing on legalization.  This approach foregoes other pieces of legislation that enjoy bipartisan support and have much higher chances of being passed.

The cannabis legislation that appears to have the most support among Democrats and Republicans is the SAFE Banking Act. Much less ambitious than CAOA, SAFE would not legalize cannabis on the federal level; instead, it will simply allow banks to do business with cannabis companies without fear of reprisal from the federal government. SAFE Act approval would mean cannabis companies can move away from the cash-only business model that brings added costs and increased crime risks. It would also allow cannabis companies to take business loans from banks, reducing the need to sell equity or their real estate assets to raise the funding needed for expansion.

Despite a renewed focus in recent days, the SAFE Banking Act is not a new piece of legislation. It has been passed by the House of Representatives five different times. The most recent passage comes from the bill’s inclusion in the National Defense Authorization Act (NDAA). NDAA is a piece of legislation that is signed annually to fund the Department of Defense.

The SAFE Banking Act’s primary sponsor, Representative Ed Perlmutter (D-CO), stated the reasons why the bill should be included in the NDAA:

“This will strengthen the security of our financial system in our country by keeping bad actors like foreign cartels out of the cannabis industry. But most importantly, this amendment will reduce the risk of violent crime in our communities…By dealing in all cash, these businesses and their employees become targets for robberies, assaults, burglaries, and more. This is a public safety and a national security matter—very germane to the issues at hand, dealing with foreign cartels and particularly the cash that is developed by this business that leads to crime.” 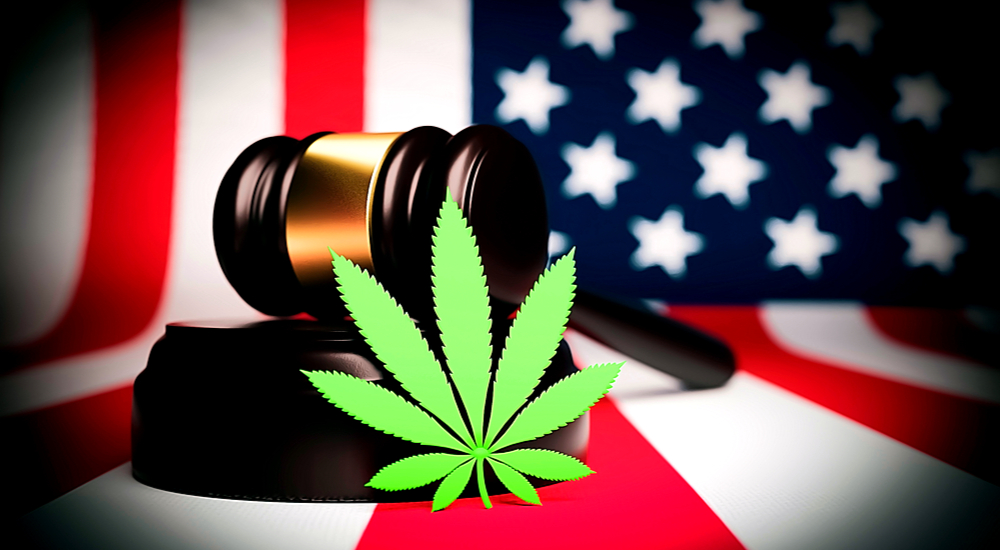 Even Republicans in the House agreed that SAFE had a place in the NDAA. Leading Republican Representative Warren Davidson (R-OH) voiced his support for SAFE,

“I think the reason it was ruled germane by the parliamentarian is the cartels control the drug trade in the United States. And while most states have made some legal form for marijuana, the cartels still dominate the market. And part of the reason is the cash is in the black market. Legal operations in many states cannot be banked. This is preventing us from stopping the cartels.”

Will the Senate Give a SAFE Pass?

The NDAA, with SAFE included, had broad, bipartisan support among the House of Representatives when it passed on Tuesday, September 21. However, SAFE still has to make it through the Senate, where both Democrats and Republicans could potentially stand in the way. While opposition from conservative Republicans is expected, cannabis industry proponents also have to worry about the all-or-nothing strategy being pursued by Democratic Senators Chuck Schumer, Cory Booker (D-NJ) and Ron Wyden (D-OR).

Schumer and Co. have indicated their belief that passing the SAFE Banking Act and other pro-cannabis bills that do not fully legalize cannabis on a federal level would be a mistake. They’ve argued passing anything less than full-on legalization will lessen the bipartisan support they’ve been engendered thus far. It remains to be seen whether Schumer will stand in the way of SAFE or if he will accept winning a battle while pushing the war back a bit.

Meaningful cannabis legislation in the U.S. is now closer than ever. The SAFE Banking Act would help cannabis companies significantly by allowing them to access traditional banking services as well as bolstering their ability to secure funding. The bill has widespread support among cannabis firms and the general public, and even among many moderate Democrat and Republican Congressmen, but Senate leadership is a wild card. If the Senate ends up passing the SAFE Act, expect Cannabis Stocks to react favorably.

ALSO READ: Creso Pharma to Uplist to the NASDAQ