On October 29, 2019, the USDA released its draft rules for hemp in the U.S. and they’ve been a long time coming. In the influential 2018 U.S. Farm Bill, hemp and its derivatives were federally legalized. Since then, the U.S. Department of Agriculture (USDA) has been working to finalize the details of the revamped regulations surrounding hemp production and manufacturing.

Once the new rules are officially adopted — and following the 60 days of public input which follows — the USDA will begin evaluating the hemp regulation plans of individual states and tribes. Any jurisdictions that fail to submit their regulations will, by default, fall under the federal guidelines for crop production. Those guidelines cover permitted grow locations, the process for disposal of crops that fail to meet federal standards, and THC testing protocols.

“At USDA, we are always excited when there are new economic opportunities for our farmers, and we hope the ability to grow hemp will pave the way for new products and markets,” said U.S. Secretary of Agriculture Sonny Perdue in the official press release. “We have had teams operating with all-hands-on-deck to develop a regulatory framework that meets Congressional intent while seeking to provide a fair, consistent, and science-based process for states, tribes, and individual producers who want to participate in this program.”

At USDA, we are always excited when there are new economic opportunities for our farmers, and we hope the ability to grow hemp will pave the way for new products and markets. More on our new Domestic Hemp Production Program HERE: https://t.co/7Bz7zcGQmK pic.twitter.com/bkSLcM91mI

Hemp producers have been anxiously awaiting the new regulations for months, which the USDA promised to release in advance of the 2020 planting season. Last week, Congresswoman Chellie Pingree (D-Maine) and Congressman Jared Golden (D-Maine) issued a jointly-penned letter to the USDA urging them to speed up the process.

“We are writing to request that you expeditiously finalize the hemp rules,” the letter reads. “During these difficult economic times for farmers, hemp provides a promising market for farmers in Maine and across the country. We respectfully ask that you expedite the interim final rule on hemp so that this growing industry is not further stifled by regulatory uncertainty.”

Before the release of the draft rules, the USDA had already taken several measures to offer guidance to hemp manufacturers. For example, the department articulated the rules around importing and exporting hemp seeds and plants, announced that hemp producers operating under the Farm Bill are entitled to federal crop insurance (which would be expanded upon following finalization of the rules), and stated that they would be accepting applications for intellectual property for seed-propagated hemp. 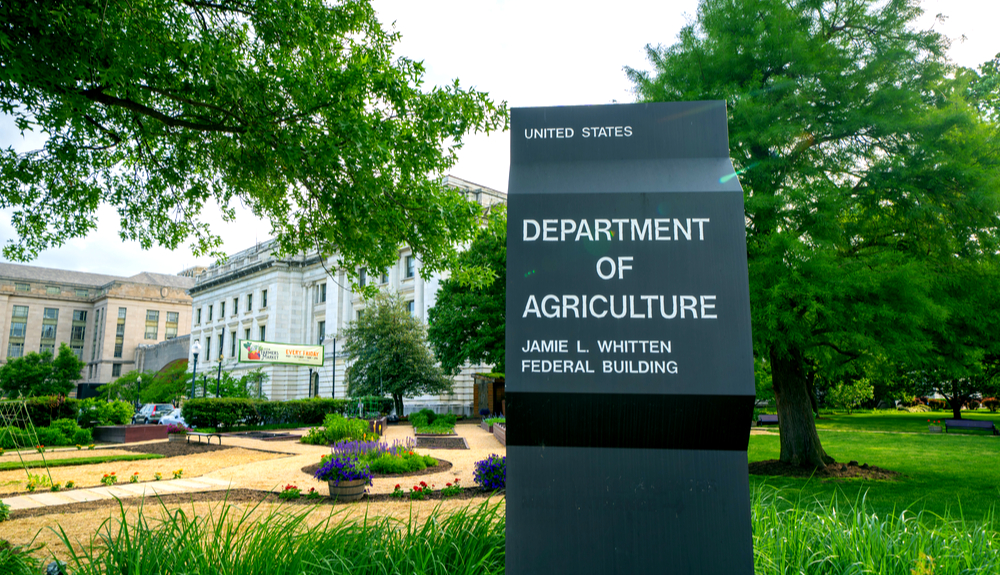 While the 60-day public comment period must pass before state and tribe hemp plans are approved, the draft rules make it clear that American farmers will soon be able to produce the recently legalized plant with no fear of repercussions. It’s a development that’s been heralded by politicians, stakeholders, and lawmakers alike.

“There is an undeniable sense of progress that comes with reading federal regulations for hemp farming in the U.S.,” says Shawn Hauser, partner and chair of the hemp and cannabinoids practice group at Vicente Sederberg LLP. “Something that was outlawed for decades, which so many people fought to achieve.”

Senate Majority Leader Mitch McConnell (R-KY), as one of the most outspoken proponents of the new hemp laws, was quick to celebrate the USDA’s announcement.

“When I joined President Trump last year as he signed the Farm Bill, we marked a new chapter for a historic American crop,” said McConnell. “In a victory for growers, processors, and manufacturers across the country — especially in my state of Kentucky — the initiative for full hemp legalization became law. Now this morning, the U.S. Department of Agriculture plans to take the important next step. Secretary Perdu will release a new USDA regulation to implement my initiative and move hemp closer to being treated just like every other commodity. This new policy will help farmers around the country continue pioneering this crop into the 21st century.”

Despite the optimistic tone, McConnell made sure to also point out that the work to support the future of hemp production in the U.S. is far from over.

“There will inevitably be ups and downs as this new industry develops, but today’s announcement is another crucial step,” said McConnell. “So, it’s a privilege for me to stand with Kentucky farmers every step of the way. Together, we’ll continue charting hemp’s course into the future.”

“I’ve long said that if you can make and sell hemp products in America, you should be able to grow hemp in America,” said Wyden. “Congress passed my bipartisan Hemp Farming Act, and now federal regulations must be updated to reflect hemp’s legal status. The USDA interim rule is an important first step to ending the uncertainty for farmers, and I now look forward to reviewing the rule and working with the USDA and FDA to ensure farmers in Oregon and nationwide can fully realize this crop’s economic job-creating potential.”

“We are pleased that, in the final rules, we were able to get the felony conviction ban removed for hemp workers so that they can at least participate in the industry,” said Smith. “Unfortunately, more work still remains to completely eliminate the ban, so those with felony convictions can — not just work in the industry — but also lead it by being able to obtain licenses of their own. It is inconceivable that those that have been the most harmed by prohibition would then be further inflicted by being barred from taking part in the new legal economy.”

For More Information on the USDA’s New Interim Hemp Rules Please Visit the Links Below: