In This Week’s Edition, We Recap and Countdown the Top 10 Cannabis and Psychedelics Industry News Stories for the Week of June 14th – 20th, 2021.

Bruce Linton, Founder and Former CEO of Cannabis Industry Titan Canopy Growth and Early Investor and Advisor to Top Psychedelics Firm MindMed is Expected to Join the New Combined Company as the Non-Executive Chairman of The HighBrid Lab’s Board of Directors

As the opportunity for bringing psychedelics to market expands, so too does the interest of investors and entrepreneurs, especially among veterans of the legal cannabis industry. Bruce Linton, the founder of Canadian cannabis giant Canopy Growth (TSX: WEED) (NASDAQ: CGC) (FRA: 11L1), has been one of the main drivers of the nascent psychedelics industry. After departing Canopy, Linton went on to join the board of directors at MindMed (NEO: MMED) (NASDAQ: MNMD) (FRA: MMQ), a contender for the top psychedelic company in the world. Most recently, Linton joined the Board of Directors at the newly formed The HighBrid Lab. The HighBrid Lab is the name of the newly formed company resulting from the recently announced merger between global cannabis leader Creso Pharma (ASX: CPH) (OTC: COPHF) (FRA: 1X8) and surging psychedelics star Red Light Holland (CSE: TRIP) (OTC: TRUFF) (FRA: 4YX).

9. Texas Will Study Benefits of Psychedelics For Military Veterans Under Bill Enacted Without Governor’s Signature

This comes days after Gov. Greg Abbott (R) signed separate legislation to modestly expand the state’s limited medical marijuana program. Under the psychedelics measure, the state will be required to study the medical risks and benefits of psilocybin, MDMA and ketamine for military veterans in partnership with Baylor College of Medicine and a military-focused medical center. It also mandates a clinical trial into psilocybin for veterans with PTSD, in addition to a broader review of the scientific literature on all three substances.

Three Former Directors of Embattled Canadian Cannabis Producer CannTrust, Including its Former Chief Executive Officer, Have Been Charged With Offenses Such as Fraud and Making False or Misleading Statements

The charges are the culmination of a nearly two-year joint investigation by the Ontario Securities Commission (OSC) and Royal Canadian Mounted Police (RCMP) after a whistleblower alerted Canada’s cannabis regulator in July 2019 to five unlicensed cultivation rooms the company had been operating since late 2018. The charges are “quasi-criminal,” meaning that jail is possible if a defendant is convicted of a violation of the Ontario Securities Act, Kristen Rose, manager of public affairs at the OSC, told MJBizDaily in a statement.

7. The Future of Psychedelic Medicine Might Skip the Trip

The Opportunity for a New Blockbuster Medication to Treat Depression, Anxiety and Post-Traumatic Stress Disorder is Huge

Prescription sales for depression is estimated to be $50 billion a year globally, while the mental health market is worth about $100 billion in annual sales. According to the World Health Organization, 322 people worldwide have depression and 100 million of those people suffer from treatment-resistant depression, meaning they’ve tried multiple medications with little-to-no relief. While biotech analysts say that FDA-approved psychedelic-assisted therapy, with drugs like psilocybin and MDMA, could seize $10 billion in annual sales by targeting the treatment-resistant depression subcategory, the real opportunity lies in replacing drugs like Prozac, Zoloft and other selective serotonin reuptake inhibitors.

In Connecticut, lawmakers approved a bill legalizing adult-use marijuana and sent it to the governor for his expected signature. And in Montana, anti-marijuana groups dropped their legal challenge of last November’s voter-approved recreational marijuana initiative. 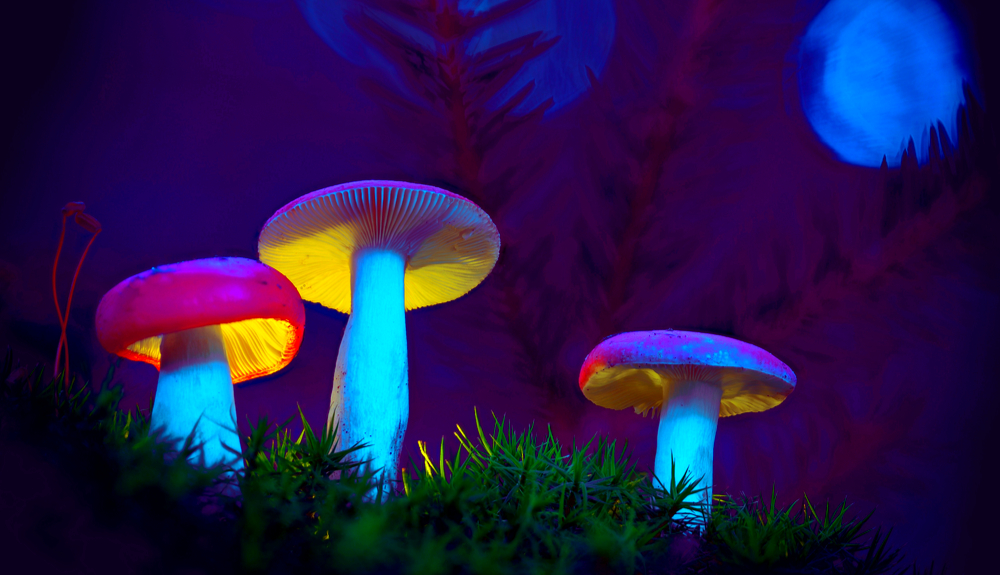 San Diego-based Artelo Biosciences (NASDAQ: ARTL) is on a mission to develop new, better therapeutic drugs for cancer anorexia, post-traumatic stress disorder (PTSD), and other conditions that currently lack safe and effective cannabinoid-based treatments. To that end, the clinical-stage biopharmaceutical company has been working on a slew of new treatments that target the endocannabinoid system. Cannabinoid-based drugs like the ones Artelo Biosciences is developing have recently become the focus of many investors who see the new market as a promising revenue stream. Just this past May, for example, Jazz Pharmaceuticals (NASDAQ: JAZZ) (FRA: J7Z) completed its $7 billion acquisition of GW Pharmaceuticals (NASDAQ: GWPH) (FRA: GW2A), the developer behind Epidiolex®, the first FDA-approved CBD-based drug. The move signals a growing interest in cannabinoid-based therapies.

4. Move Over, Psilocybin and Ketamine: A New Compound Derived From a Naturally-Growing Hallucinogen May Revolutionize Psychiatry

The compound is tabernanthalog (TBG), synthesized from the hallucinogen ibogaine by UC Davis chemical neuroscientist David E. Olson. Ibogaine is an extract of the naturally-growing African plant, iboga. A drug for medicinal use in humans is in development; clinical trials are anticipated.

Minister Norma Lucía Piña Hernández, who serves on the high court, recently filed a general declaration of unconstitutionality with respect to Mexico’s cannabis laws. And the body is expected to take up the issue on Monday. This comes nearly three years after the Supreme Court first deemed the prohibition on personal marijuana possession and cultivation unconstitutional, ordering lawmakers to institute a change. But while lawmakers have advanced legalization legislation in the years since, they have yet to approve a final bill.

2. Back to the Future: Psychedelic Drugs in Psychiatry

According to Michael Pollan, “for Most of the 1950s and Early 1960s, Many in the Psychiatric Establishment Regarded LSD and Psilocybin as Wonder Drugs” for Treating Depression, Anxiety, Trauma, and Addiction, Among Other Ailments

Recently, psychedelic drugs have once again taken popular culture by storm. From the psychedelic startup companies newly forming on Wall Street to a recent New York Times article that claims “psychedelic drugs are closer to medicinal use,” it seems that there is a renewed media and medical interest in acid (LSD), mushrooms (psilocybin), ecstasy (MDMA), ayahuasca, DMT (dimethyltryptamine), and ketamine. As an author’s disclaimer, my own life has long intersected with psychedelic drugs. In 1979 (at age 14), I remember reading my father Lester Grinspoon’s book Psychedelic Drugs Reconsidered, which urged, with his usual prescience, an open-minded reappraisal about the therapeutic potential of this class of drugs.

A House Subcommittee on Thursday Approved a Large-Scale Funding Bill That Includes Provisions Protecting Banks From Being Punished for Working With Marijuana Businesses and Allowing Washington, D.C. to Legalize Cannabis Sales

The move by congressional Democrats to let the District of Columbia set its own marijuana policies is in contrast with a budget released last month by President Joe Biden, which proposed continuing the longstanding Republican-led rider that has prevented the city from spending its own money to regulate adult-use cannabis commerce. The banking-related provision is less far-reaching than more robust standalone bills the House has passed on four occasions, but would still provide some protections to banks that work with state-legal marijuana operators.