In This Week’s Edition, We Recap and Countdown the Top 10 Cannabis and Psychedelics Industry News Stories for the Week of February 1st – 7th, 2021.

10. A Global Cannabis Pharmaceutical Leader and the Smart Money Heavyweight Betting on Them

GW Pharma is Leading the Charge in the Burgeoning Pharmaceutical Cannabis Space and Following Recent News That Jazz Pharmaceuticals Will Acquire GWPH for $7.2 Billion, Demand for Cannabis Pharma Investments is on the Rise

The tremendous success of GW Pharmaceuticals (NASDAQ: GWPH) (FRA: GW2A) has investors searching for the cannabis pharma sector’s next big winner and one such company with all the right ingredients to potentially experience a similar rise is Creso Pharma (ASX: CPH) (OTC: COPHF) (FRA: 1X8). The pharmaceutical Cannabis market is quickly becoming an enormous opportunity ahead of the ever-increasing likelihood of major U.S. Marijuana reforms and it’s got the full attention of the MJ sector’s top “Smart Money” investor Bruce Linton. Fresh off leading Canopy Growth (TSX: WEED) (NASDAQ: CGC) (FRA: 11L1) shareholders to all-time gains of +4,160%, Linton’s sights are set on the cannabis pharma space joining forces with sector leader Creso Pharma, which has global operations in lucrative markets worldwide.

Health Canada has traditionally taken a progressive approach to healthcare, publicly funding a healthcare program, supporting assisted dying laws, and legalizing cannabis in 2018. But the country outlawed Psilocybin in 1974, a full six years after the U.S. However, for years Health Canada has granted “Section 56” exemptions to its Controlled Drugs and Substances Act. This was done to enable companies access to Psychedelic therapies. Some organizations are working to go beyond the Section 56 exceptions, lobbying Health Canada to loosen restrictions on existing policies. This, they hope, is to allow greater access to psilocybin as well as other hallucinogenic therapies.

7. COVID-19: Some Turning to Psychedelic Micro-Dosing to Cope with Mental Health Stress, Anxiety

The reason, says Burke, is Psychedelic drugs, which she has been micro-dosing along with about two dozen other members of the Edmonton Hiking and Psychedelic Society. As the facilitator of the group, Burke says she has seen an increasing number of participants in online monthly group discussions about psychoactive or hallucinogenic drugs. Members talk about exploring substances such as DMT, Psilocybin, LSD and MDMA, commonly known as ecstasy or molly.

Red White & Bloom (CSE: RWB) (OTCQX: RWBYF) provided comments on the joint statement by U.S. Senators Cory Booker, Ron Wyden, and Chuck Schumer, regarding comprehensive Cannabis reform legislation in the 117th Congress. RWB currently owns leading vape supplier Platinum Vape, whose products are sold in over 800 locations throughout California, Michigan, Oklahoma and soon to be available in Arizona. RWB also owns a 3.6 million sq ft greenhouse in Illinois and recently announced definitive agreements to acquire THC operations in Illinois; owns the exclusive rights to brand both products and dispensaries in Michigan, Illinois and Florida with High Times, the leading Marijuana brand in the U.S.; and has made the largest investment of any Multi-State Operator (MSO) in the State of Michigan. 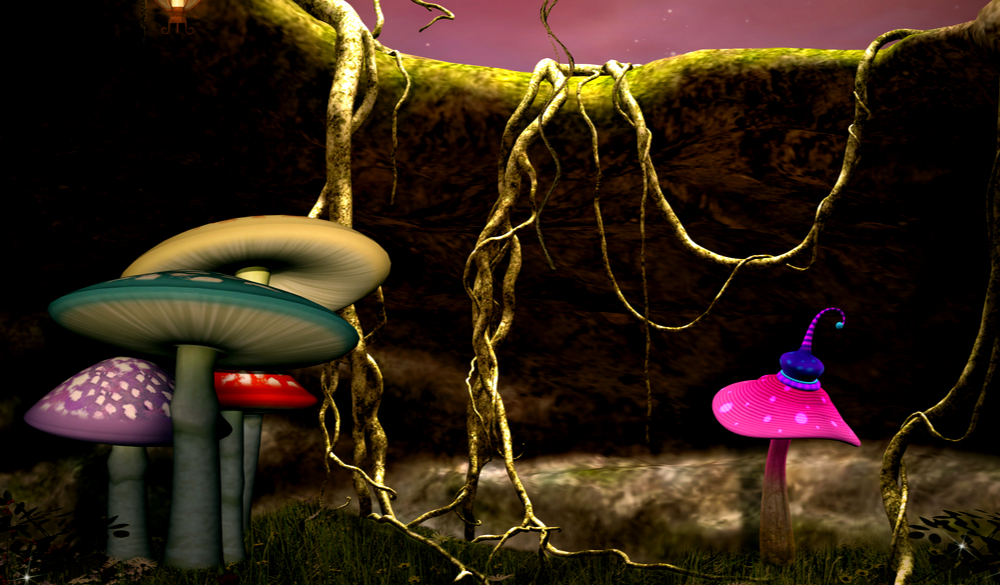 5. Cambridge Votes to Decriminalize Psychedelics and All Controlled Substances

The policy order, approved by Cambridge, Massachusetts city councillors Wednesday night, also seeks to decriminalize all controlled substances. Councilor Jivan Sobrinho-Wheeler, who sponsored the order, cited research suggesting that Psychedelic plants and fungi — such as Psilocybin aka Magic Mushrooms) — can help treat some mental health and substance use issues. The measure directs the Cambridge city manager to work with federal and state partners to decriminalize Psychedelics, which are illegal under federal law and are classified as controlled substances.

New Jersey Gov. Phil Murphy (D) Signed a Psilocybin Reform Bill Into Law on Thursday, Immediately Reclassifying Possession of Up to an Ounce of Psychedelic Mushrooms as a Disorderly Persons Offence

The new classification means individuals caught with small amounts of Psilocybin are now subject to a maximum $1,000 fine, up to six months in jail or both. Previously the offence was a third-degree crime and carried a penalty of between three to five years behind bars and fines of up to $15,000.

Creso’s CBD Portfolio, Including its Flagship Product CannaQIX® 50 is Currently Being Sold in Multiple Counties Around the World and is Already Available in Australia With a Prescription, Under the LozaCan Brand

Creso Pharma (ASX: CPH) (OTC: COPHF) (FRA: 1X8) announced the company welcomes the commencement of over-the-counter (OTC) sales of low-dose cannabidiol (CBD) products in Australian pharmacies, which officially began on February 1, 2021. This new development is a major win for Australia‘s medicinal cannabis industry with Creso Pharma well-positioned to capitalize on the market opportunity estimated to be worth more than $200 million per year.

Compass Pathways (NASDAQ: CMPS) has shared details of its comprehensive and rigorous therapist training programme for Psilocybin therapy, in a paper jointly written with a group of academic researchers, and published in Frontiers in Psychiatry today. It is currently being used to train therapists taking part in COMPASS’s phase IIb clinical trial of COMP360 psilocybin therapy for treatment-resistant depression, as approved by the US Food and Drug Administration (FDA), as part of COMPASS’s Investigational New Drug (IND) application.

Jazz Pharmaceuticals’ $7.2 Billion Acquisition of UK-Based GW Pharmaceuticals Could Kick Off a Wave of Deal-Making Between Pharma and Medical Cannabis Companies, Analysts and Industry Sources Say

But rather than all cannabis producers benefiting, only businesses that have marketable intellectual property and an established foothold in the medical cannabinoid arena will draw serious interest. In the case of GW Pharmaceuticals (NASDAQ: GWPH) (OTC: GWPRF) (FRA: GW2A), for example, Ireland-based Jazz Pharmaceuticals (NASDAQ: JAZZ) (FRA: J7Z) was attracted to the British company’s Cannabis-based epilepsy medicine, Epidiolex.