Broadly, the cannabis industry can be broken down into four subsectors, starting with retail and wholesale cannabis sales, such as Canadian licensed producers (LPs), U.S. multi-state operators (MSOs) and single-state operators. Then there’s the business-to-business sale of ancillary products like lighting, soil and hydroponics equipment. Next, we have the real estate segment of the industry highlighted by Real Estate Investment Trusts (REITs) like Innovative Industrial Properties (NYSE: IIPR) (FRA: 1IK), which focuses on leasing property to cannabis businesses. Finally, we have perhaps the most valuable subsector, companies that operate in the cannabis pharmaceutical and wellness space.

Since cannabis is still listed as a Schedule 1 drug by the U.S. Drug Enforcement Agency (DEA), and “defined as a drug with no currently accepted medical use and a high potential for abuse,” companies that focus on pharmaceutical cannabis research are primarily located in Canada, Australia and Europe.

Headquartered in Australia, Creso Pharma (ASX: CPH) (OTC: COPHF) (FRA: 1X8) is a geographically diversified and vertically integrated world leader in the human and pet cannabis pharmaceutical sector. Creso Pharma, with operations spanning across the globe, including Australia, Canada, Colombia, Switzerland and the EU, strives to bring cannabis health and wellness to humans and animals worldwide.

The traditional legal marijuana market is large, but the pharmaceutical cannabis market is quickly becoming an enormous opportunity that can’t be ignored. Investors that are serious about diversifying their position in the cannabis sector must own a piece of the pharma side while it’s still in its early days.

To put things into perspective, UK-based GW Pharmaceuticals (NASDAQ: GWPH) (OTC: GWPRF) (FRA: GW2A) is an example of a cannabis pharma company using medical marijuana to treat rare diseases. GW Pharma is leading the charge in the burgeoning cannabis pharma space after seeing its revenue explode +2,491% higher from $12 million in 2018 to a staggering $311 million in 2019. GW Pharma’s revenue is expected to continue growing with analysts forecasting 2022 sales of nearly $1 billion. Following recent news that Jazz Pharmaceuticals (NASDAQ: JAZZ) (FRA: J7Z) will acquire GW Pharma for $7.2 billion, GWPH shares are now trading at a whopping $214.57 per share. Company shareholders are no doubt thrilled as GWPH stock has generated a maximum 52-week gain of +219.95%. The tremendous performance of GW Pharma has investors searching for the cannabis pharma sector’s next big winner and one such company with all the right ingredients to potentially experience a similar rise is Creso Pharma.

Developing the right cannabis drug can provide explosive revenue growth, and Creso Pharma is becoming a major player in the cannabis pharmaceutical and wellness market. Even after a recent +333% single-day rise in Creso’s share price on Jan 28, Creso’s market capitalization stands at about 1/20th the size of GW Pharma’s market cap and about 1/6th the size of Canopy Growth’s (TSX: WEED) (NASDAQ: CGC) (FRA: 11L1).

Speaking of Canopy Growth, arguably the legal marijuana industry’s greatest success stories, it’s important to note that Canopy’s founder and former CEO Bruce Linton has already made his move into the cannabis pharma sector via Creso Pharma. Linton, who hit a grand slam three times over with Canopy Growth, both for himself and CGC shareholders, has since moved on from the cannabis behemoth. Following his Canopy departure, Linton was a hot commodity and heavily courted by many companies throughout the industry.

Investors should understand that Linton pretty much had his pick of the litter and likely could have joined forces with any company he wanted to. After surveying the scene, the cannabis industry pioneer chose to get involved with just a few highly promising businesses, one being Creso Pharma, where he currently serves as a strategic advisor to the company.

Further solidifying himself at the top of the “Smart Money” segment of the market, Bruce Linton, along with Shark Tank billionaire Kevin O’Leary became the first big-name investors to stake a claim in the emerging Psychedelics industry and blazing yet another trail with an early investment in MindMed (NEO: MMED) (OTCQB: MMEDF) (DE: MMQ). Since its IPO on March 3, 2020, at $0.60, shares of MindMed have soared as much as +978.33%, reaching a high of $6.47 in mid-December 2020. While extremely impressive gains in less than a year, long-term shareholders of Canopy Growth could have seen insane gains of up to +4,160% over a period of roughly three years, with WEED shares IPOing at $1.80 in 2015 and peaking at $76.68 in 2018. With Canopy’s stock surging again, CGC shareholders should expect to see new all-time highs sooner than later.

Long story short, Bruce can pick’em. In all seriousness, with such an immaculate track record of multi-bagger returns, it would be fair to say that Linton is the king of the smart money on weed street. When Linton gets involved with a company, one thing is for sure, investors everywhere should immediately take notice. Not only because of his history of making hugely successful bets but perhaps more importantly, because of the invaluable experience, business acumen and Rolodex of operational and capital raising connections. Simply put, Bruce can open doors for a company that didn’t exist prior to him getting involved. 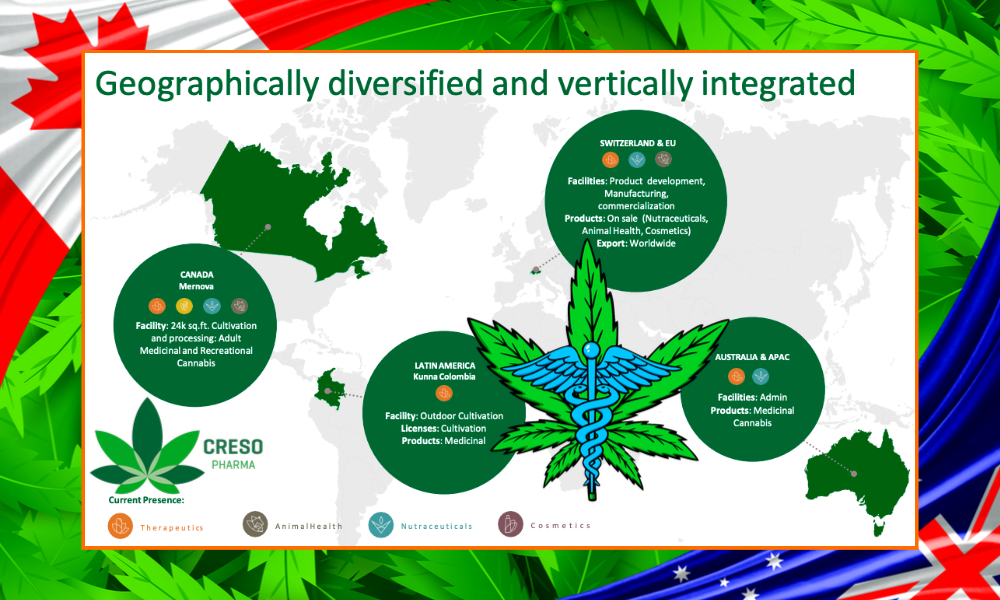 The Origins of Creso Pharma

Per the company’s website: “Creso was created to bring pharmaceutical expertise and methodological rigour to the world of cannabis and deliver quality products to people and animals everywhere. Founded by a team of highly-experienced pharmaceutical executives, Creso set out to leverage cutting edge science and research to develop, register and commercialize innovative cannabis and hemp-derived products.”

With the Democrats now controlling the House of Representatives, Senate and the White House, federal legalization in the United States could be on the near term horizon. In addition to full-on legalization, any serious cannabis reform, such as decriminalization and descheduling (MORE Act) or banking reform in the SAFE Act, would likely open the medical research flood gates in America. This would certainly be a major game-changer for the pharmaceutical cannabis industry as substantial resources would flow rapidly into the sector.

On a recent episode of The Cannabis Investing Podcast, Ayr Strategies (CSE: AYR.A) (OTCQX: AYRSF) CEO Jonathan Sandelman stated, “If we get rescheduling, I think one of the most exciting things is, and one of my passions, we’ll get medical research. I do believe cannabis is nature’s medicine, and I would love to see it be researched more broadly. It has always been a passion of mine to bring the plant to as many people who need it and derive benefits from it.”

For the most part, the majority of cannabis producers appear eager to partner with a company like Creso Pharma that focuses on cannabis as medicine.

Creso Pharma Leadership Team – Experience with a Breadth of Knowledge

Cresco Pharma was co-founded by Dr. Miri Halperin Wernli, a senior pharma executive with over 25 years of strategic and operational leadership experience. Boaz Wachtel, co-founder of Phytotech Medical, Australia’s first publicly traded medical cannabis company and Adam Blumenthal, an expert in capital markets and medicinal cannabis. More recently, and as previously mentioned, Bruce Linton, a director at psychedelic biotech leader MindMed, has joined the Creso Pharma team as a strategic advisor. In five years, Bruce Linton took Canopy Growth from start-up to the world’s largest cannabis company valued at more than $15 billion and currently, Linton is helping lead the largest psychedelics company in MindMed, which is now worth more than $1 billion.

Could Psychedelic Medicine Be in Creso Pharma’s Future?

The only investment sector hotter than the Cannabis Stocks is Psychedelic Stocks. The Psychedelic drugs market is projected to reach $6.85 Billion by 2027. In the past year, MindMed (NEO: MMED) (OTCQB: MMEDF) (DE: MMQ) has seen its stock soar nearly +1,000% at its highs and Creso bringing MindMed director Bruce Linton on board in October of 2020 could be a signal that the company is exploring the psychedelics market.

With the United Nations (UN) voting late last year to reschedule marijuana, effectively accepting the medical potential of cannabis, countries like the United States will likely follow suit, setting the stage for a major influx of cash and resources into the cannabis pharmaceutical industry. Companies like Creso Pharma are uniquely positioned to capitalize on such a scenario and, in the process, potentially provide company shareholders with Bruce Linton style gains. Creso could be an enormous benefactor of a new multi-billion-dollar U.S. market open to its vast array of cannabis pharmaceutical products.

Any potential entry into the booming psychedelics market, which as of now is just speculation, should be viewed as a bonus wild card scenario unless more information becomes available. But should it end up happening, it would be the icing on the cake and it could have the potential to shoot Creso Pharma’s stock into the stratosphere. What are the odds of a Creso move into the psychedelic medicine market? It’s hard to say, but if there’s anyone with the deal-making skills and industry connections needed to pull it off, it’s Bruce.

What is a Bull Pennant Chart Formation?

Per Investopedia: “In technical analysis, a pennant is a type of continuation pattern formed when there is a large movement in a security, known as the flagpole, followed by a consolidation period with converging trend lines—the pennant—followed by a breakout movement in the same direction as the initial large movement, which represents the second half of the flagpole.” 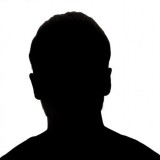