Better Development Tools for a New Golden Era of Psychopharmacology

The global pharmaceuticals market is expected to be worth $1.57 trillion by 2023, according to a study from market research company NAVADHI, with the U.S. claiming a 45.33% market share.

Many of these companies are involved in developing psychedelics-based pharmaceuticals.

Johnson and Johnson has an FDA-approved ketamine spray, Spravato (esketamine); Merck and Pfizer have both reportedly announced trials to research psychedelics; the former CEO and president of Bayer joined Field Trip Psychedelics‘ drug development division in April; and AbbVie just acquired Allergan, which has been working on a ketamine-related drug for treatment-resistant depression.

The accelerating development is driven by advanced biologics, nucleic acid therapeutics, cell therapies, bioelectronics, and implantables, according to the report, in addition to newer work in other areas such as mental health.

Today’s push for pharmaceuticals has also driven the rise of psychopharmacology, or the study of the use of psychotropic medications in treating mental disorders, a new specialty that requires continuous study in advances in protein binding (how available the medication is to the body); half-life (how long the medication stays in the body); polymorphic genes (genes which vary widely from person to person); and drug-to-drug interactions (how medications affect one another).

Coinciding with this rise of psychopharmacology are better tools to advance the study and application of psychotropic medications, including artificial intelligence (AI), quantum computing and increased supercomputer power with the ability to take in and process more clinical and research data than ever before.

New tools have already been brought to bear on the work of psychedelics for human health and wellness, such as functional magnetic resonance imaging (fMRI), measuring changes in blood flow in the brain, and digging deeper into the brain to find how psychedelics affect such things as the default mode network, or the mode within the brain that is activated when a human is at rest which was found to network with other places of cognitive integration.

fMRI was used in a study in 2012 to capture the transition from normal waking consciousness to the psychedelic state.

And a new gene-editing system, discovered in 2007 and first used in 2013 to add, remove or alter genetic material, called the clustered regularly interspaced short palindromic repeats (CRISPR), is said to be faster with the ability to extend the range of biological investigations, such as how to disable a virus.

Gene editing is being explored in research on a wide variety of diseases, including single-gene disorders such as cystic fibrosis, hemophilia, and sickle cell disease. It also holds promise for the treatment and prevention of more complex diseases, such as cancer, heart disease, mental illness, and human immunodeficiency virus (HIV) infection.

Fighting COVID-19 is a focus of a new supercomputer from Japan’s Riken Institute, called the Fugaku, which became the world’s fastest supercomputer this year, beating out the Summit from IBM. The Fugaku can do 415.5 petaflops per second (or 415 quadrillion computations per second) almost three times as fast as the Summit. It was installed in Kobe, Japan, and put in production almost a year ahead of schedule specifically to work on COVID-19, programmed to do research to identify compounds that can be used as therapeutic agents against the virus.

There have been other technologies coming into the space of psychedelics-based drug discovery that have quickly become part of the psychedelic researchers toolkit. 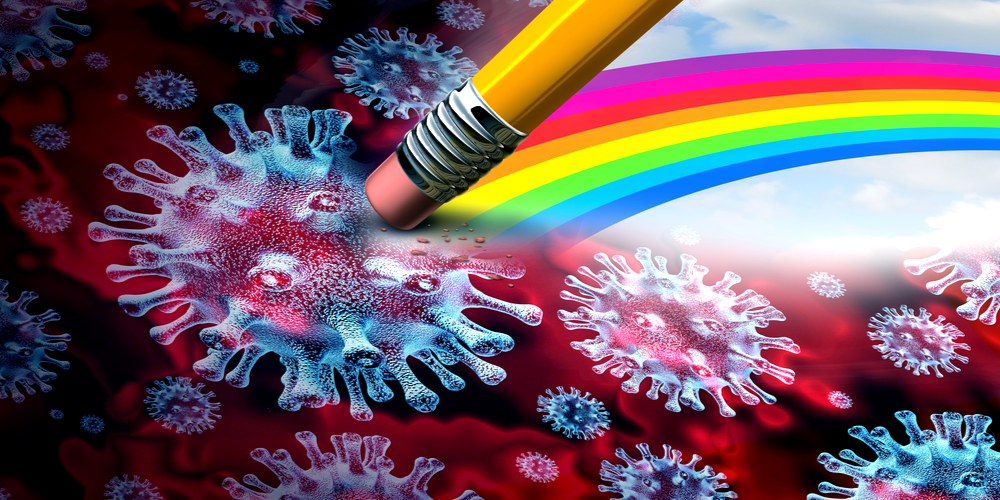 One example comes from Menten AI, an early-stage drug development company working in synthetic biology, machine learning, and quantum computing to create new proteins not found in nature for diverse applications in the pharmaceutical and chemical industries.

The company works with Vancouver-based DWave (with U.S. operations in Palo Alto, California), one of the world’s first commercial suppliers of quantum computers, and the first to launch a cloud-based service offering real-time (and free to some users) access to a live quantum computer.

Menten IA also gets significant research assistance from an evolving research assistant tool, Rosetta Software, which is free to academic and non-commercial users, now with 10,000 free licenses already in use, and has been undergoing updates and development for over 20 years now.

Rosetta is a suite of software libraries for macromolecular modelling that can be used by the end-user in different ways: as a set of frameworks that allow the creation of specific protocols for new use cases; or as various web servers which are set up and lend their computing power to provide applications that may be used remotely without having to install anything on the researcher’s computer.

These protocols can either be used as self-contained units, or they can be chained together to accomplish more complex tasks, either by successive use of different applications or by combining the protocols within the generalizable frameworks.

Rosetta algorithms are able to do prediction, design and analysis on a diverse set of bio-molecular systems, including proteins, RNA, DNA, peptides, small molecules, and amino acids.

Rosetta has been used to predict protein structures, protein-protein interactions, protein-peptide interactions, with other collaborative resources about the use of nuclear magnetic resonance and electron density information in structure prediction and refinement.

Researchers can also use Rosetta Commons, which is the central hub for over 150 developers from 23 universities and laboratories who contribute and share the Rosetta source code to develop software improvements and solve their unique queries.

Rosetta’s popularity and evolution has been just the beginning of a new push for more research firepower.

On June 30, Stanford University and Carnegie Mellon joined IBM, Nvidia, the Ohio State University, Google, Mozilla and others in support of the National Research Cloud, a development that was recently backed by the introduction of the National AI Research Resource Task Force in Congress, with a bipartisan group of legislators looking to establish a task force to develop a roadmap for a national artificial intelligence research resource.

The legislation includes a proposal to convene a group of technical experts across academia, government, and industry to develop a detailed plan for how the U.S. can build, deploy, govern, and sustain a national research cloud.

The National Research Cloud initiative, launched in 2019, is designed to provide computer power and data access for universities, democratize AI development across the U.S., train a new generation of AI scientists; and power the next generation of breakthroughs in AI technologies and applications.

John Etchemendy and Fei-Fei Li, co-directors of the Stanford Institute for Human-Centered Artificial Intelligence (HAI), proposed the cloud initiative, which would open up data sets and compute power from tech giants to academic researchers. In a letter to President Trump, they wrote that the cloud would help in “activating the vast potential of researchers who currently lack access to the funding or data needed to harness their talents and creating fertile ground for further commercialization through entrepreneurship and small businesses.” (One example of expenses smaller companies could not afford: The Fugaku supercomputer costs over $1 billion to develop).

And finally, one of the more exciting discoveries for any researcher looking to better understand the human mind comes from researchers at the Department of Electrical and Computer Engineering at George Washington University, who have proposed a methodology for computers to mimic the biological circuitry of the human brain—with machine learning neural networks that replicate functions of the human brain to teach a task without supervision—by using photons with neural processing units for more powerful and more efficient AI.

More funding for AI work like this, part of the so-called “Industries of the Future,” was promised in the recent FY2021 budget by the Trump administration, committing to double research and development spending on AI and quantum information science by 2022.