“Over the past nine years, MedMen has built the most valuable retail brand in the cannabis industry by taking advantage of the land grab opportunity and scaling with speed to secure as many flagship assets as possible,” said Adam Bierman, MedMen co-founder and chief executive officer. “We continue to march onward towards profitability. The biggest driver for this phase of the business remains revenue, which continues to increase significantly with new store openings and same store sales growth. Where we are impressively ahead of schedule is in leveraging our scale to create greater operational efficiencies across the organization. Execution keeps improving while corporate SG&A is decreasing.”

Since going public one year ago, MedMen has established a track record of success, including achieving a 7% market share in California (inclusive of revenue from pending and pre-closing revenue from recently closed acquisitions), an $11 billion cannabis market. The Company is slated to open 15 new locations across the U.S. during the remainder of calendar 2019. Of the planned locations, 12 will be in Florida, where MedMen is licensed for up to 35 locations.

For the quarter, the Company reported an Adjusted EBITDA loss of $42.6 million, which decreased by 3% from the previous quarter. The Company reported a net loss attributable to the Company of $63.1 million, or loss of $0.20 per basic and diluted share attributable to MedMen Enterprises shareholders, for the third quarter of fiscal 2019, compared to a net loss of $64.6 million, or loss of $0.25 per share, for the second quarter of fiscal 2019.

Systemwide retail revenue for the quarter increased by 16% to $34.6 million. This is based on 21 retail stores that were operational at the end of the quarter. The increase is primarily attributable to the Company’s operations in Nevada and Arizona. Despite the typical slowdown in retail sales post-holiday season, the Company recorded positive same-store sales growth.

The Company recorded 53% retail gross margins for the quarter, which is in line with the last quarter. However, retail gross retail margins for California were up from 51% to 57%, reflecting increased purchasing power and supply chain optimization. Retail EBITDA margins decreased from 16.6% to 12.5% for the quarter, reflecting lower margins in medical markets such as Arizona and Illinois and increase in payroll costs. The Company expects margins to increase in the next quarter.

For the quarter, the Company reported $4.7 million adjusted EBITDA loss for cultivation and manufacturing, of which approximately $4.3 million was related to costs associated with the Company’s Project Mustang facility in Nevada. These costs were expected during the ramp up period, and the Company expects to break-even by the end of the calendar year.

For the quarter, the Company recorded a 9% sequential reduction in corporate SG&A, contributing $37.5 million to adjusted EBITDA loss. The key drivers of the decrease were across marketing, legal and HR. The Company is targeting an overall 20% reduction in SG&A from the second quarter and expects the majority of cost savings to come from a decrease in corporate-level payroll.

The Company incurred $4.6 million of pre-opening expenses in Q3, primarily driven by rent expenses of retail stores, cultivation/manufacturing sites and facilities that are not yet operational. This is up from $3.0 million in the previous quarter.

Additional information relating to the Company’s third quarter 2019 results is available on SEDAR at www.sedar.com in the Company’s Interim Financial Statements and Management Discussion & Analysis (“MD&A”) for the quarter.

MedMen refers to certain non-IFRS financial measures such as Earnings Before Interest, Taxes, Depreciation and Amortization (EBITDA), adjusted EBITDA (defined as earnings before interest, taxes, depreciation, amortization, less certain non-cash equity compensation expense, including one-time transaction fees and all other non-cash items) and four wall retail gross margins. These measures do not have any standardized meaning prescribed by IFRS and may not be comparable to similar measures presented by other issuers.

Please see the “Supplemental Information (Unaudited) Regarding Non-IFRS Financial Measures” at the end of this press release and the MD&A for more detailed information regarding non-IFRS financial measures.

Webcast Information:
A live audio webcast of the call will be available on the Events and Presentations section of MedMen’s website at: https://investors.medmen.com/events-and-presentations/default.aspx.

MedMen is a cannabis retailer with operations across the U.S. and flagship stores in Los Angeles, Las Vegas and New York. MedMen’s mission is to provide an unparalleled experience that invites the world to discover the remarkable benefits of cannabis because a world where cannabis is legal and regulated is a safer, healthier and happier world. 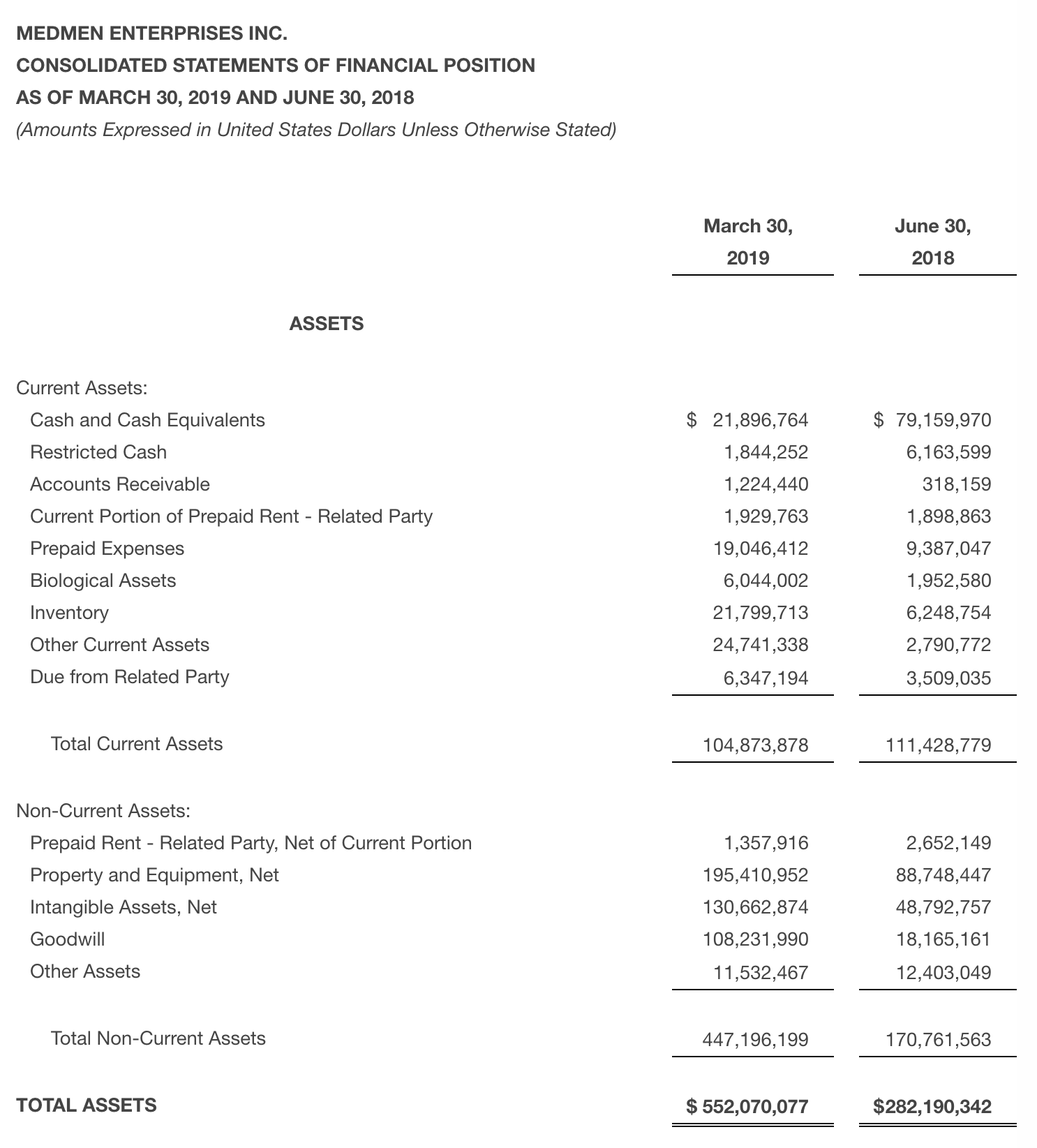 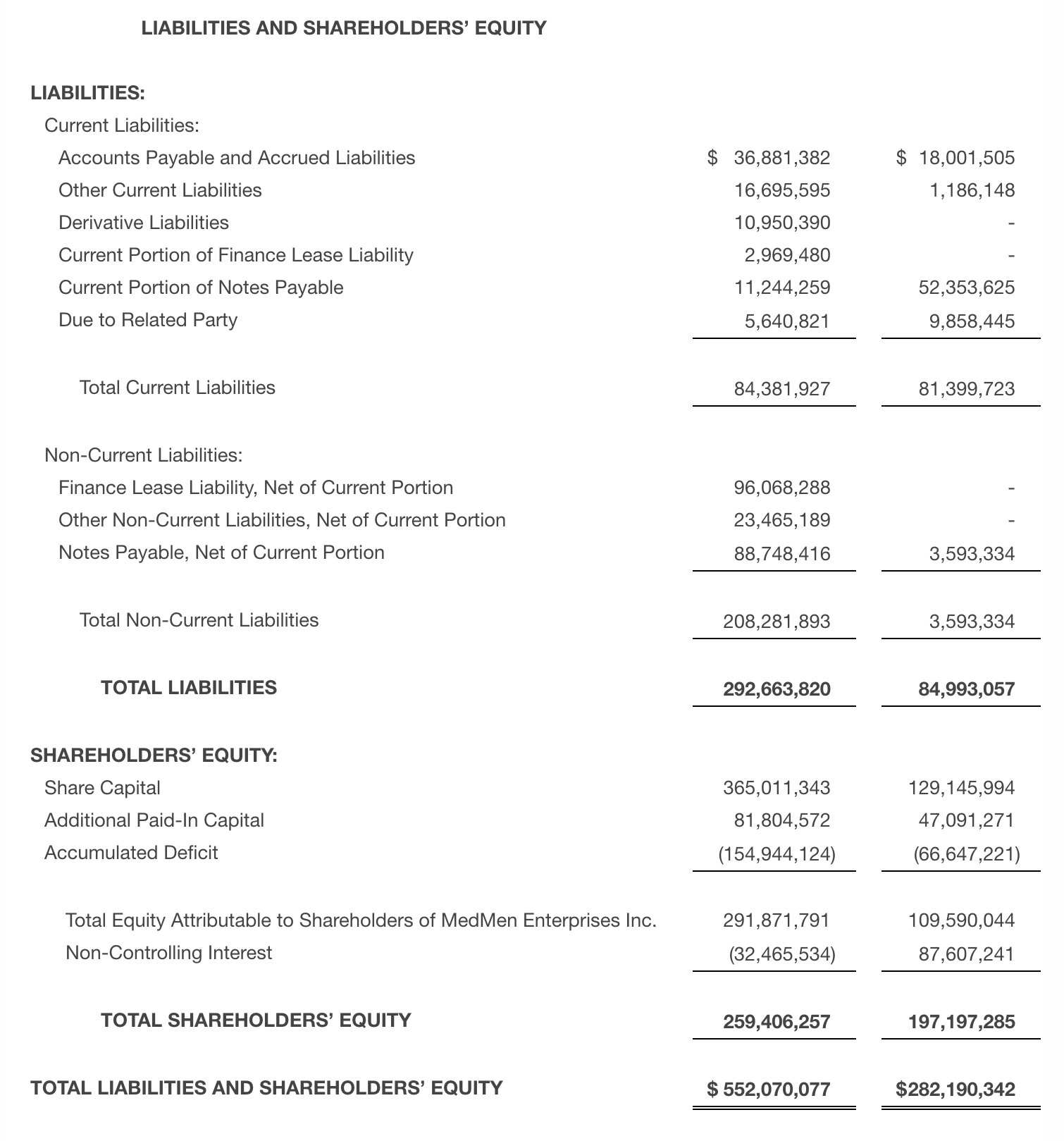 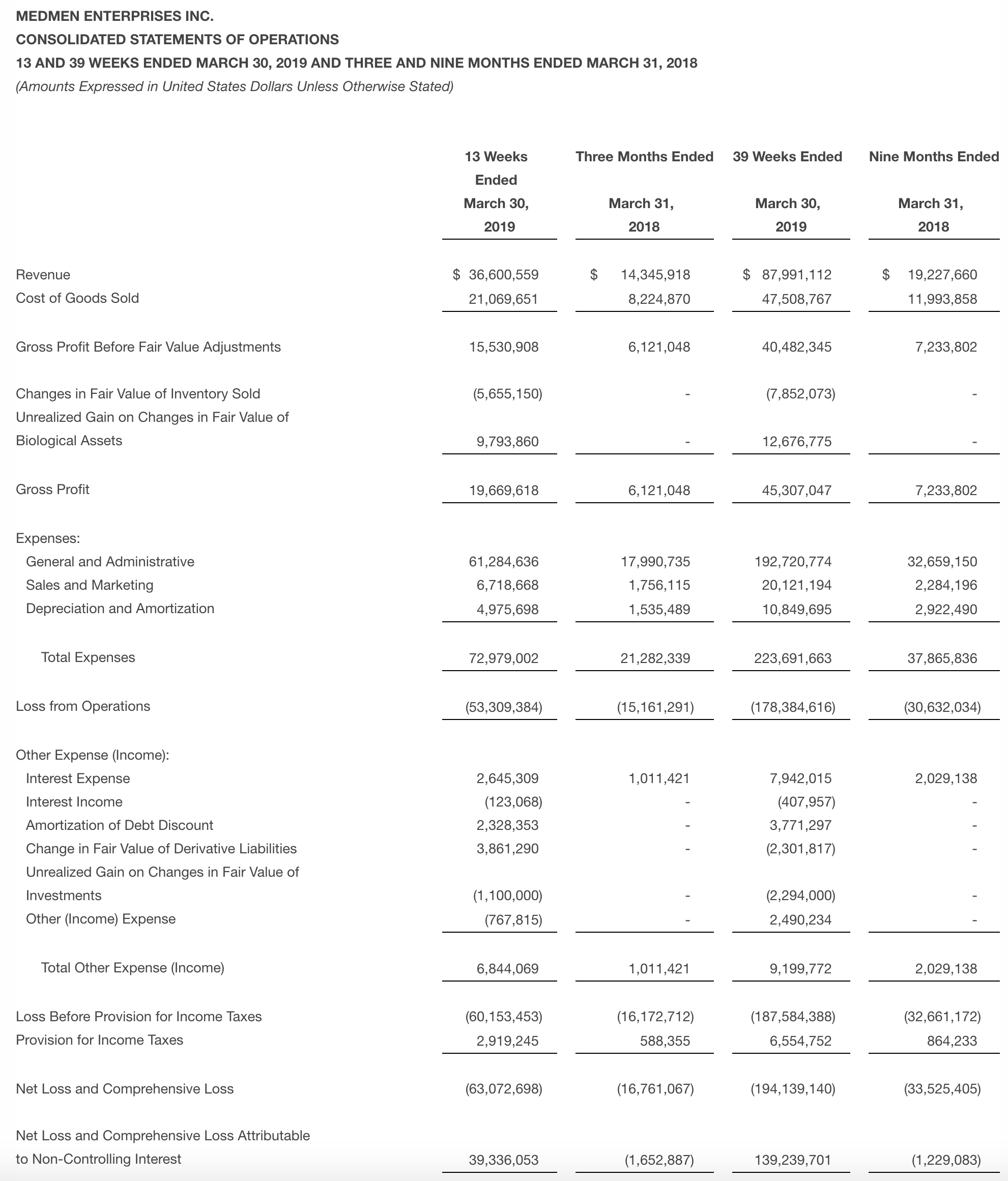 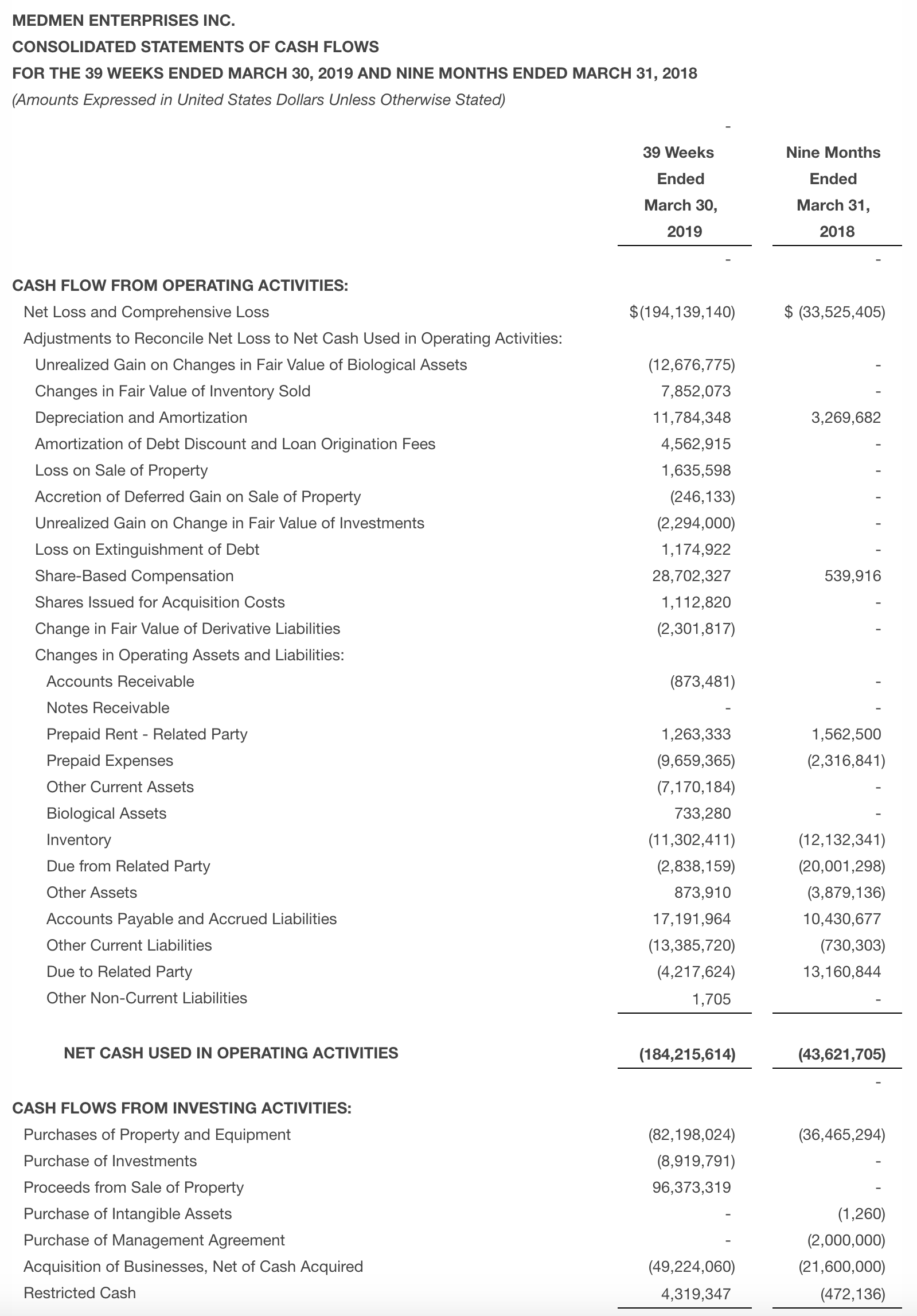 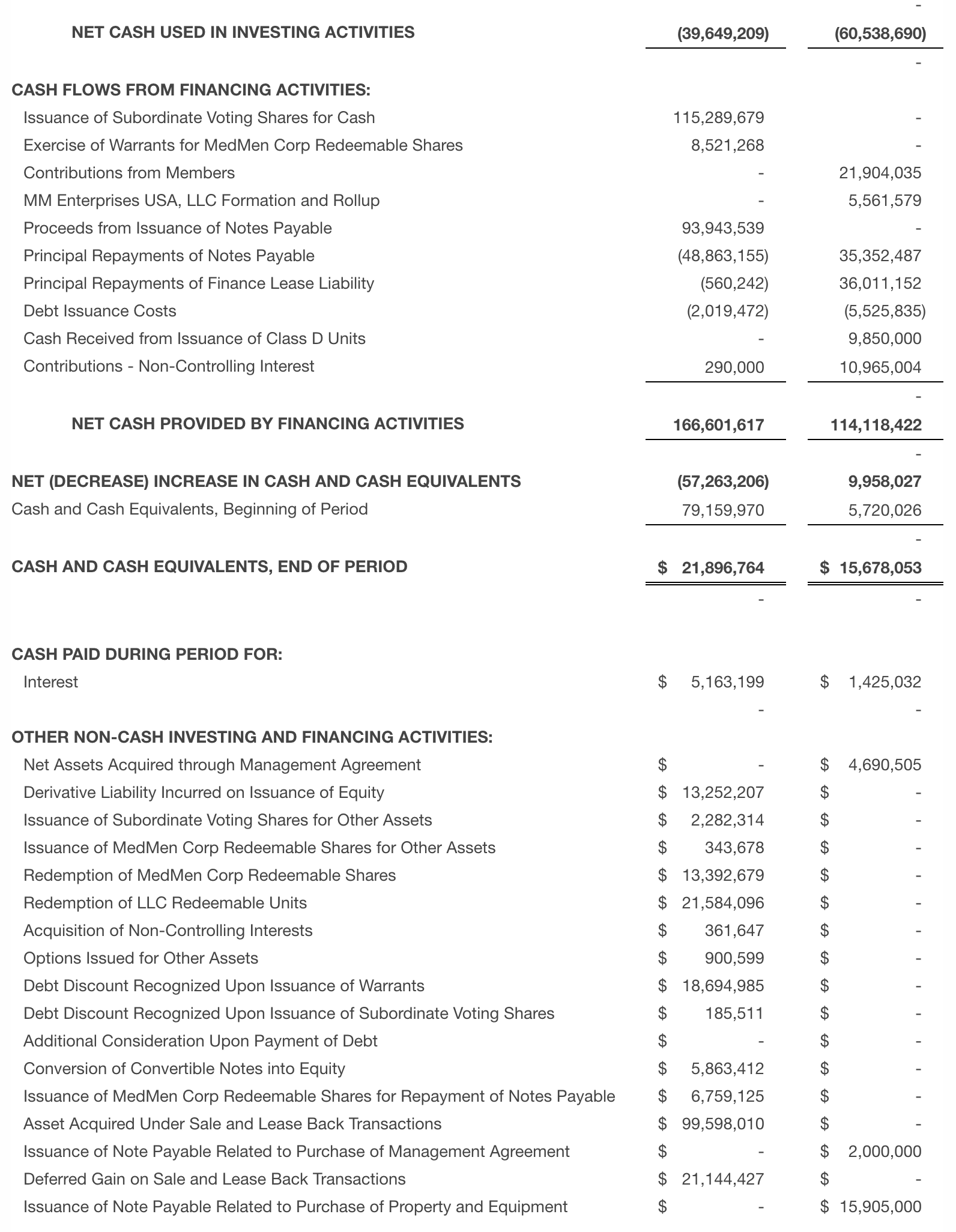 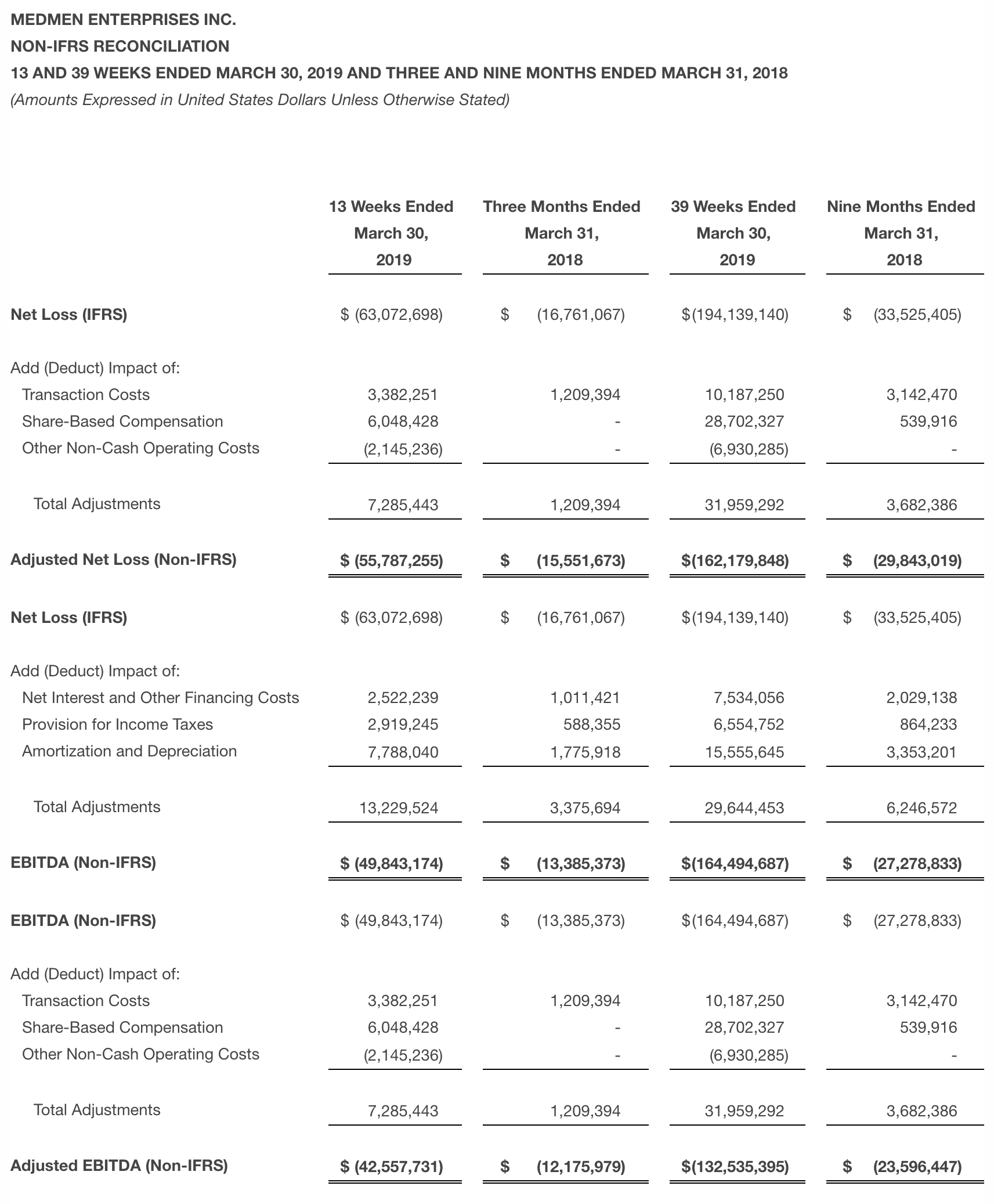 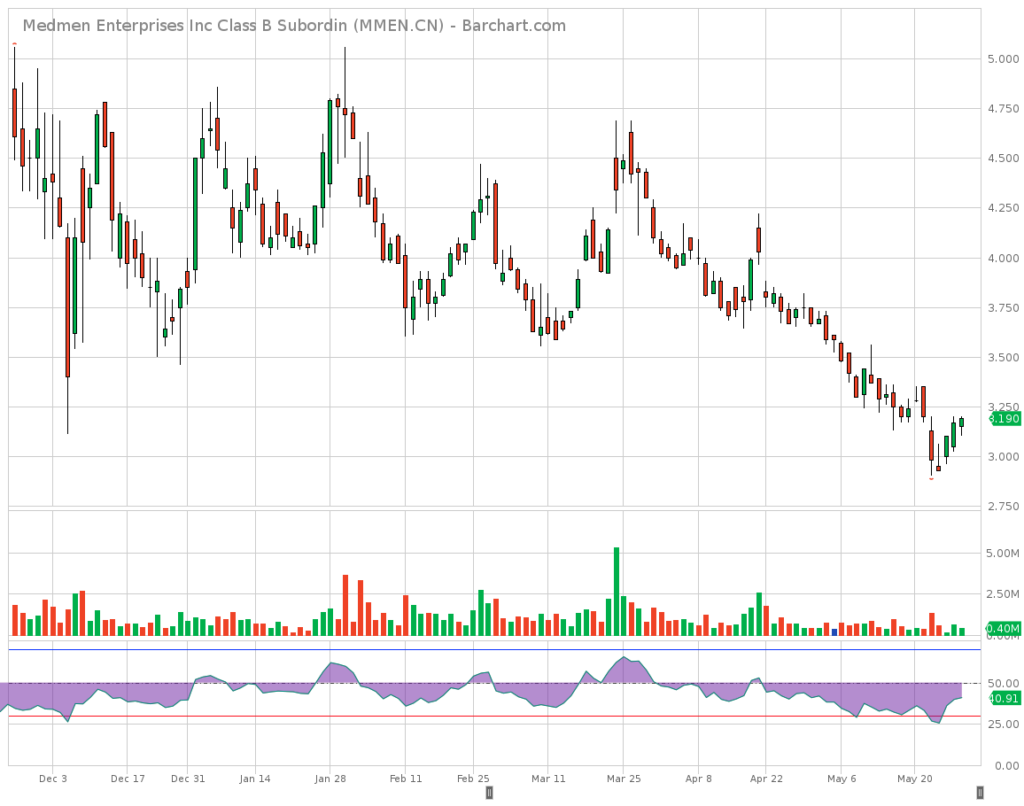 Technical Analysis for MMEN by TradingView